The Finnish shipyard Nautor’s Swan has announced that the deck has been successfully installed on the first Swan 115 S. The 35.20 metre sailing yacht is the new flagship Swan, with the design being launched at the beginning of 2014. She features an innovative hull design and naval architecture by German Frers, and is powered by one Scania DI13 070M 450hp engine. 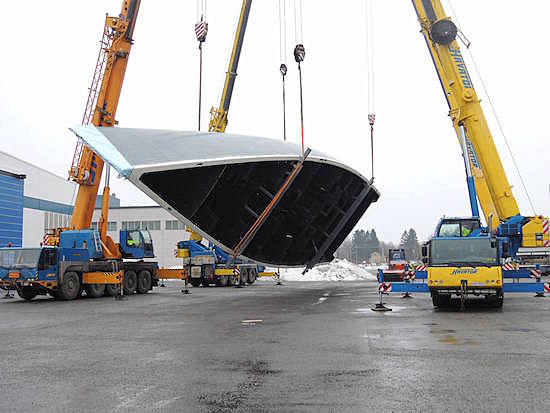 The Swan 115 S is scheduled to be launched in two months time. In addition, a Swan 115 FD is also under construction at the yard facilities in Pietarsaari. The infrastructure is currently being finalised ready for the interior installation to commence. 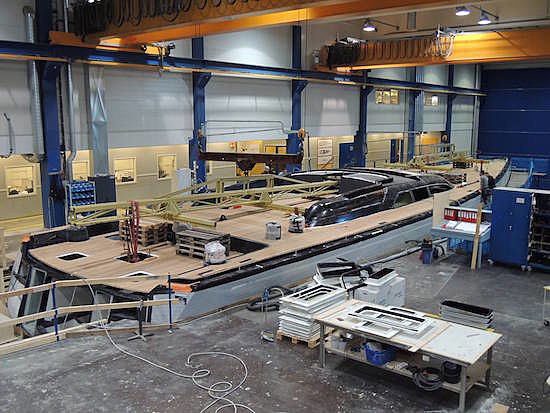 The infrastructure in the first Swan 60 RS is also almost ready, and the deck with the new Raised Saloon top deck will be moved for final assembly within the next few weeks. Two more Swan 115’s are also nearing completion, whilst the mold for the brand new Swan 95 is currently being built.