What is inside the mother of all explorers has been left largely to the imagination. After having been listed as a yacht for sale in September, life on board Octopus has only been slightly glimpsed at. Now, with these latest images shared by central sales agents Fraser and Burgess, the world’s largest explorer yacht and her eight decks can be studied a little more closely. 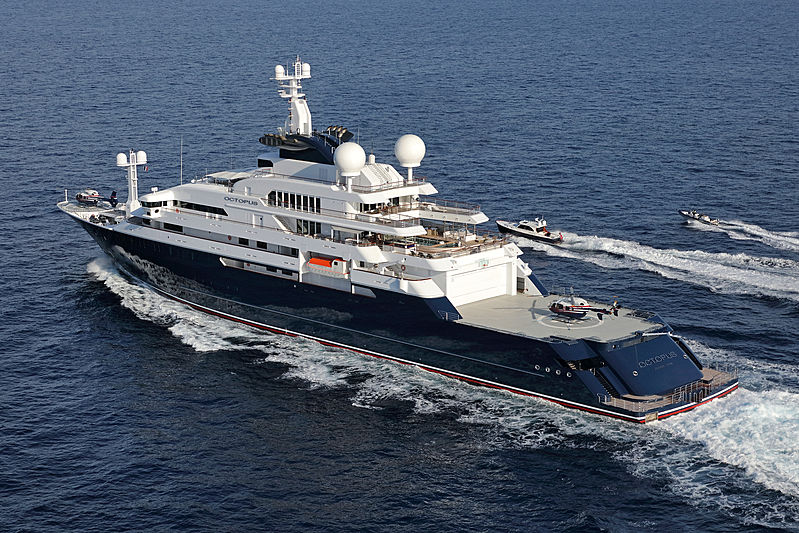 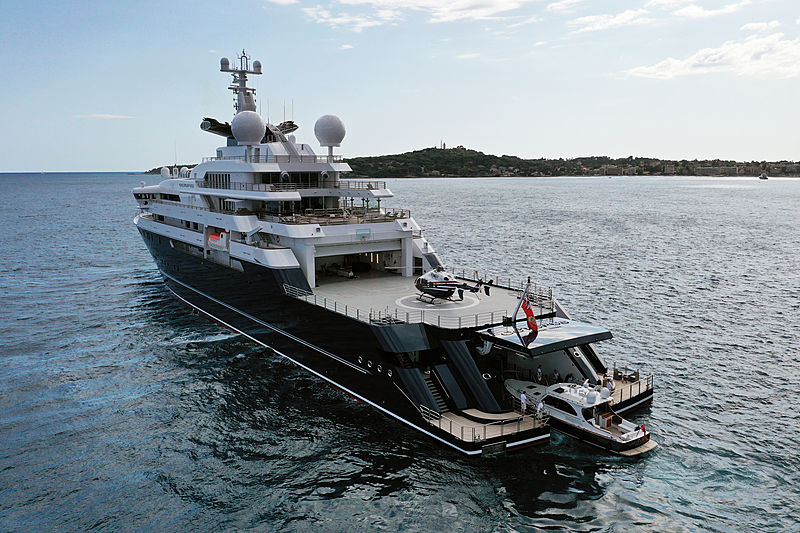 Exterior designer Espen Øino helped create a functional layout doused in luxury for up to 26 guests who are accommodated for across 13 cabins and are taken care of by a crew of 63. Once on board, the interior designs of Jonathan Quinn Barnett come to life and encompass facilities such as a spa, library and bar, cinema, gym, multiple lounges, a forward-facing observation area, a basketball court and a glass-bottomed observation lounge in the tank deck. The owner has been dedicated a full owner’s deck that includes a private bar, elevator, forward Jacuzzi and al fresco dining area aft. 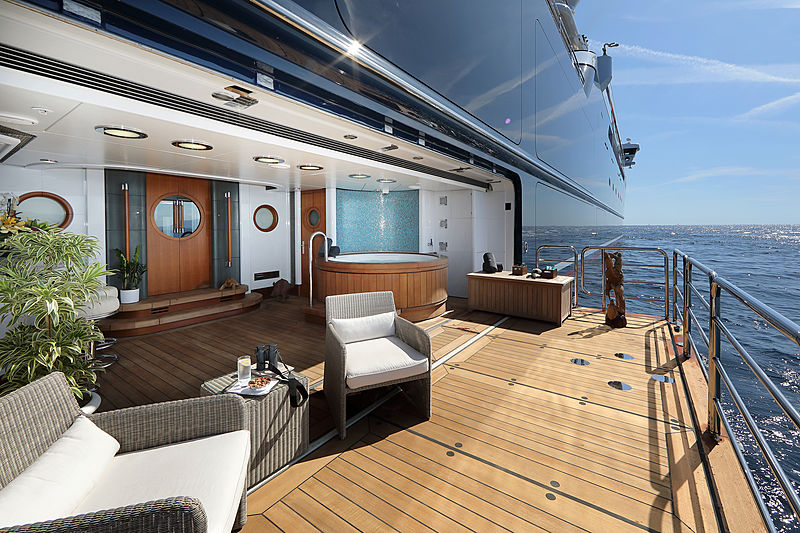 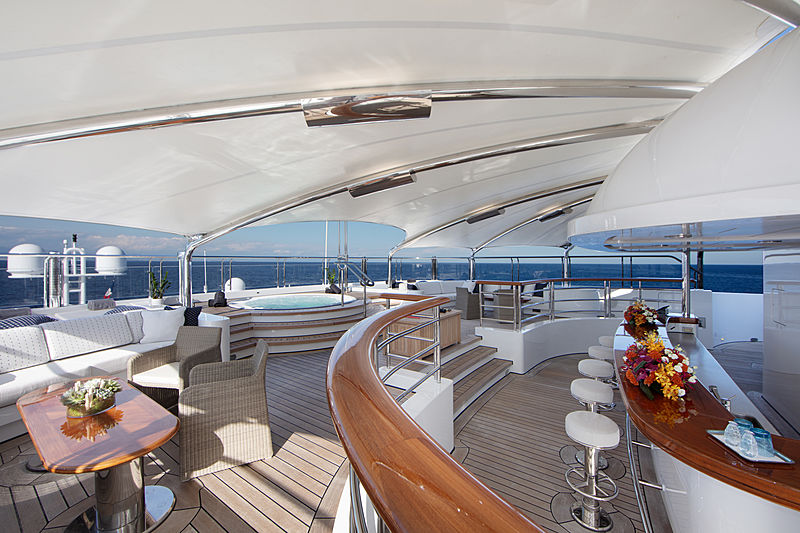 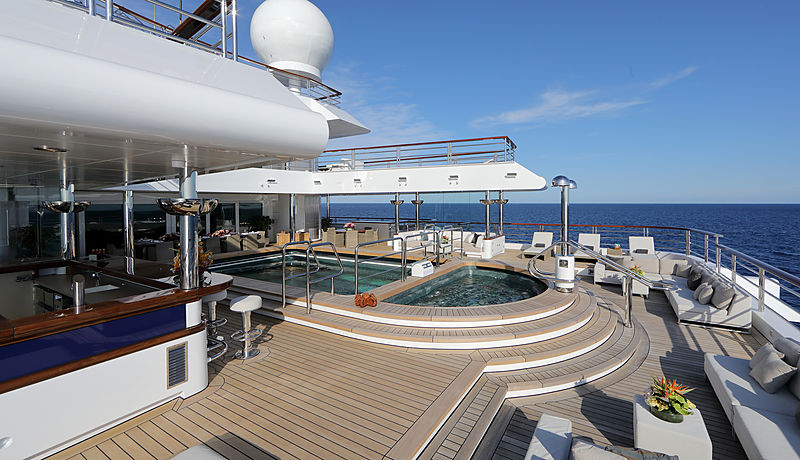 Photo: Thierry Ameller PhotographyIn addition to two lifeboats, an ROV capable of diving to 1.9 miles and several jetskis, as seen in these new images, Octopus is also capable of housing an SUV and two helicopters in either of the fore and aft garages. Seven tenders are stocked on board, including a 13-metre Hinckley Talaria tender, a Pagoo submarine for up to eight guests and two crew to dive for up to eight hours. A dive centre and hyperbaric chamber are also on board, along with a beach club with bar on the starboard side. 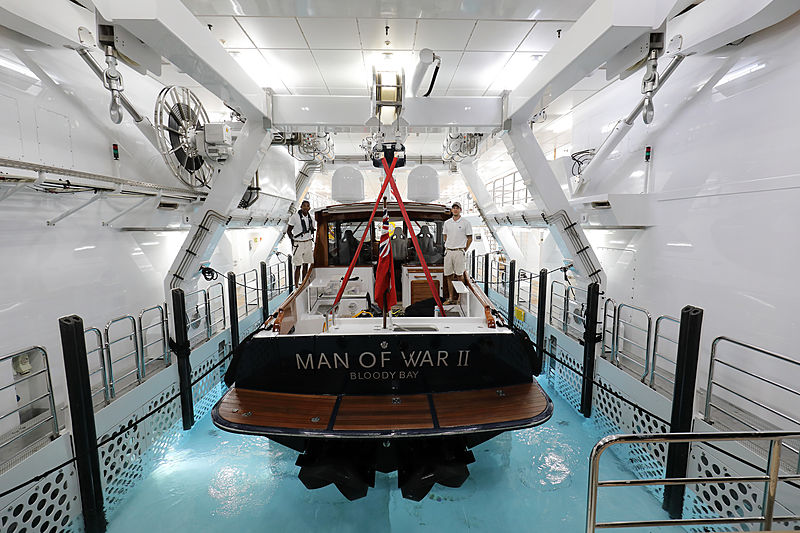 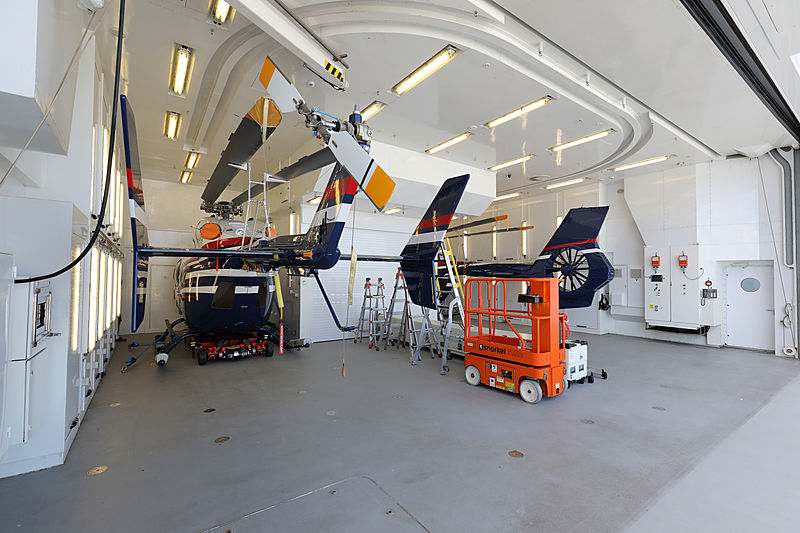 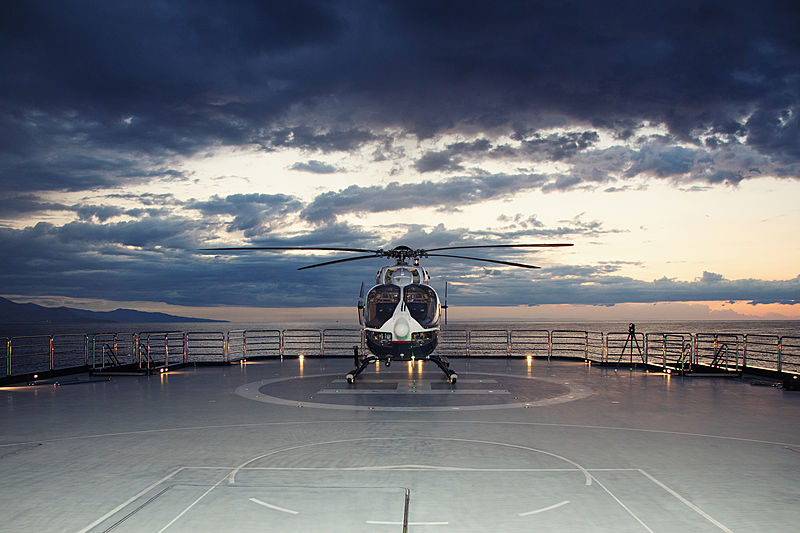 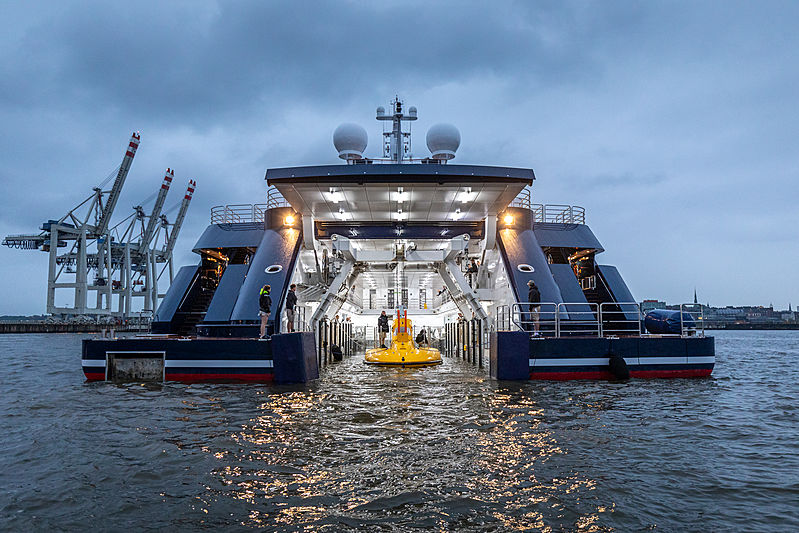 Photo: Jan SiegSince being built to Ice-class 1A by Lürssen and delivered in 2003, Octopus has cruised the world under the power of her diesel-electric propulsion and eight generators for support. Octopus can operate autonomously to a maximum speed of 19 knots thanks to her hybrid propulsion system. When travelling at her economical speed of 12.5 knots, Octopus can reach a transoceanic range of approximately 12,500nm.

Video: Lürssen’s 126m Octopus in action on the North Sea