Turkish shipyard Alia Yachts has announced the successful delivery of its pocket superyacht, the 31-metre Virgen del Mar VI. The full-displacement steel hull and aluminium superstructure was designed for global cruising with a long range and spacious volume of 235GT for her size and delivered to her new owner in early July after she was launched this May. 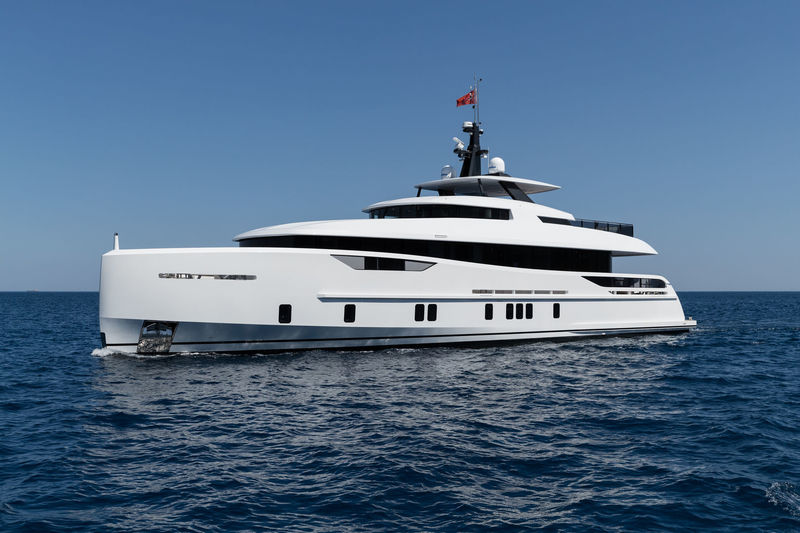 Photo: Jeff Brown / Breed Media“There are plenty of 30-metre yachts out there, but most are production boats and none of them offers quite the same volume and degree of customisation or bespoke design features,” says Alia President Gökhan Çelik. “There’s nothing quite like her in her size on the market.” Featuring a bold exterior design from Dutch studio Omega Architects, Virgen del Mar VI sophisticated interior styling is the work of UK-based designer RWD. 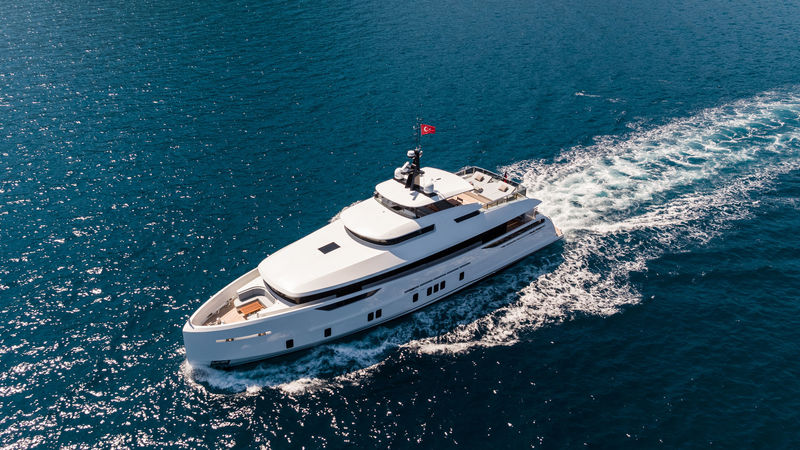 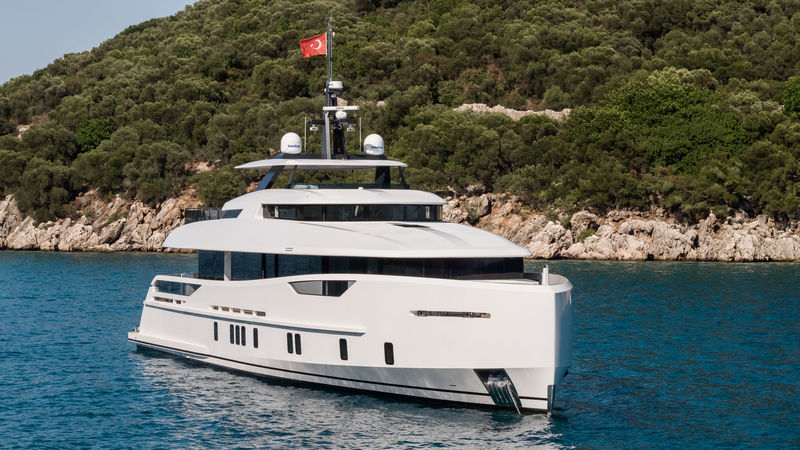 Photo: Jeff Brown / Breed MediaVirgen del Mar VI’s interior design was developed to create a feeling of lightness, fresh and airy, and is based on a palette of light oak and dark sycamore, with hand-cast bronze detailing. Full-height, wrap-around windows offer guest plenty of natural light and the opportunity to fully enjoy the outside view. She offers guests plenty of open-air spaces for dining, lounging and sunbathing on the main deck aft and the 50 square-metre fly deck behind the raised pilothouse with a fully-integrated bridge. 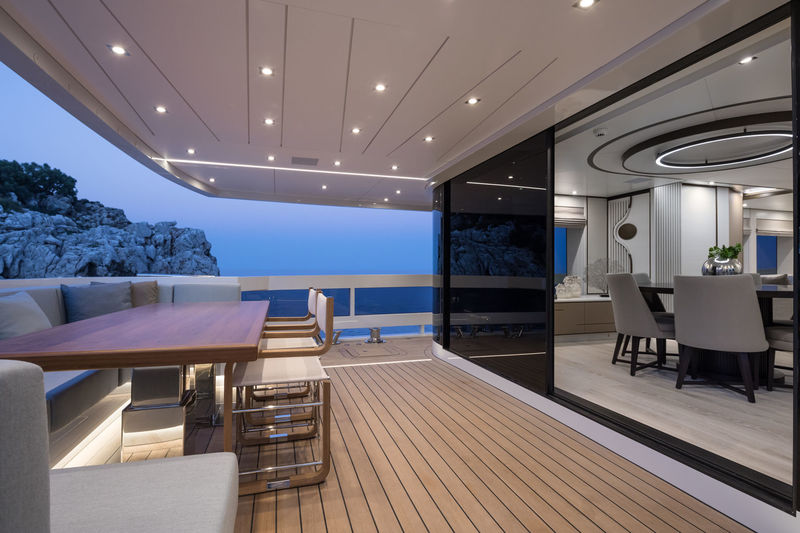 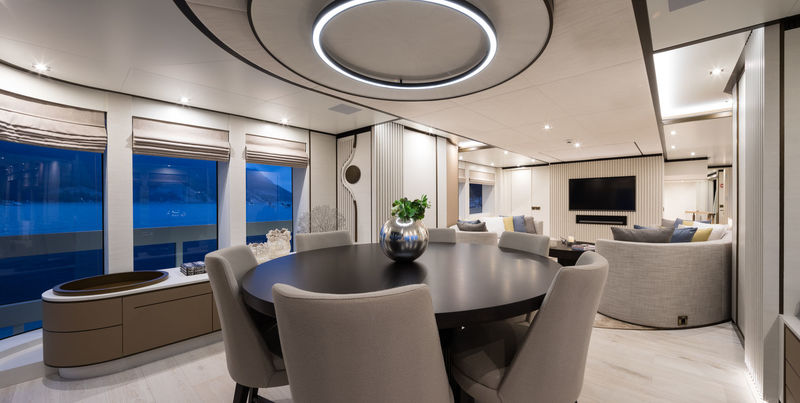 Photo: Jeff Brown / Breed MediaAble to accommodate up to ten guests, her layout includes the owner’s stateroom on the main deck and two double guest cabins and two twin guest cabins on the lower deck in addition to the crew quarters. The 22.5 square-metre owner’s stateroom offers direct access to a private forward terrace, as cutouts in the bulwarks fore and aft give guests even more sea views from the main salon and owner’s suite. 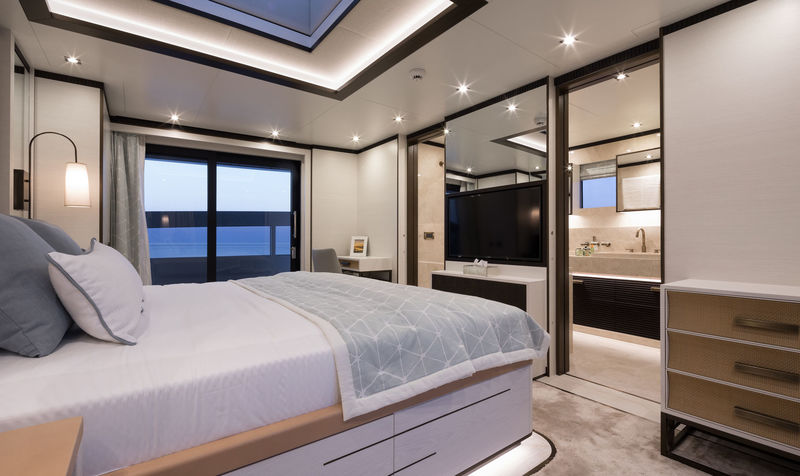 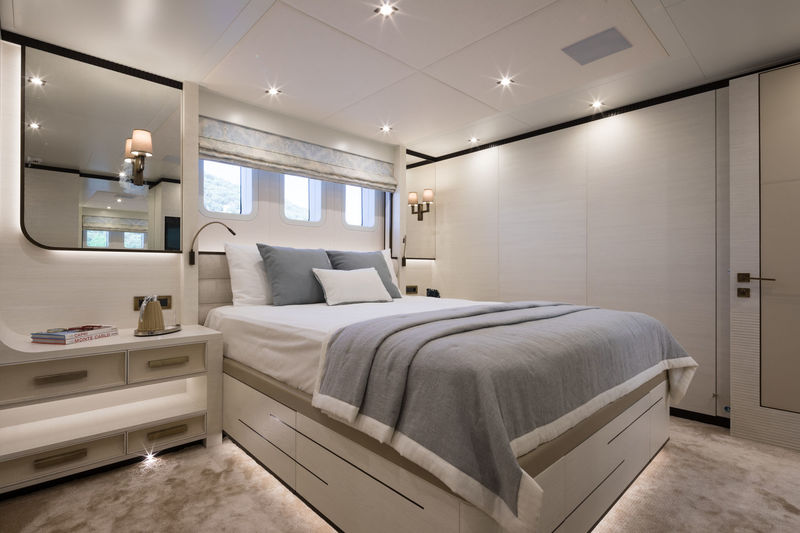 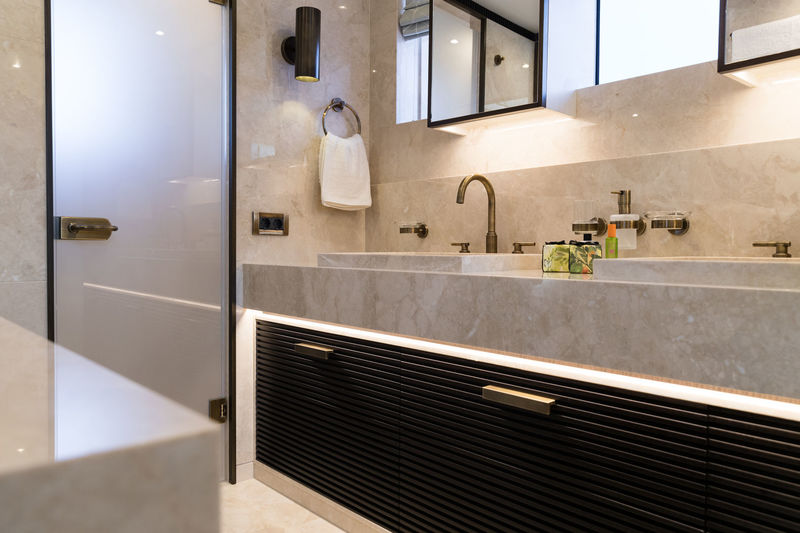 Photo: Jeff Brown / Breed MediaAlthough Alia Yachts has focused on custom production over the years, the warm response to Virgen del Mar VI convinced the shipyard to expand the technical platform into a mini-series. “Virgen del Mar VI started as a one-off project, but we have Letters of Intent to build further units with fully customisable interiors,” he says. “We’re also developing  a 37-metre and  50-metre version based on the same platform.” 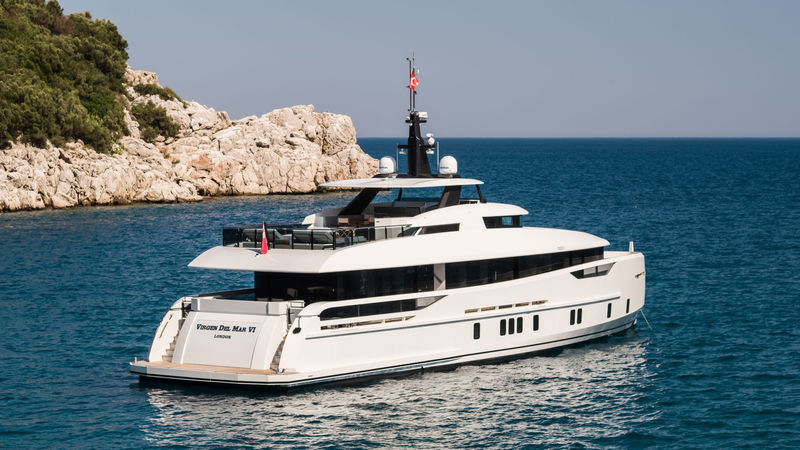 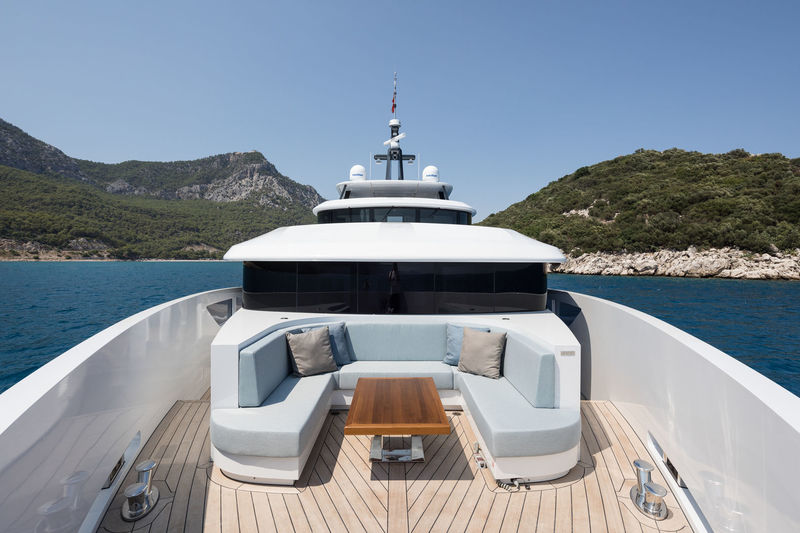