The sixth hull in Horizon Yacht FD85 series has successfully completed her sea trials and was delivered to her Australian owner earlier this week. Now named Julind, she has embarked on her maiden voyage from Kaohsiung in Taiwan to Australia.

Photo: Horizon YachtsDesigned by Cor D. Rover, the 26.07-metre superyacht feature expansive living and entertaining spaces for a yacht her size, fulfilling the owner’s request for a ‘party yacht.’ She features a number of custom options, such as a storage area for dive gear next to the tender garage, which also includes a fuelling station.

As the owner is fond of water sports, Julind also features a fillet table on the hydraulic swim platform, which lets the owner clean and prep freshly caught seafood. 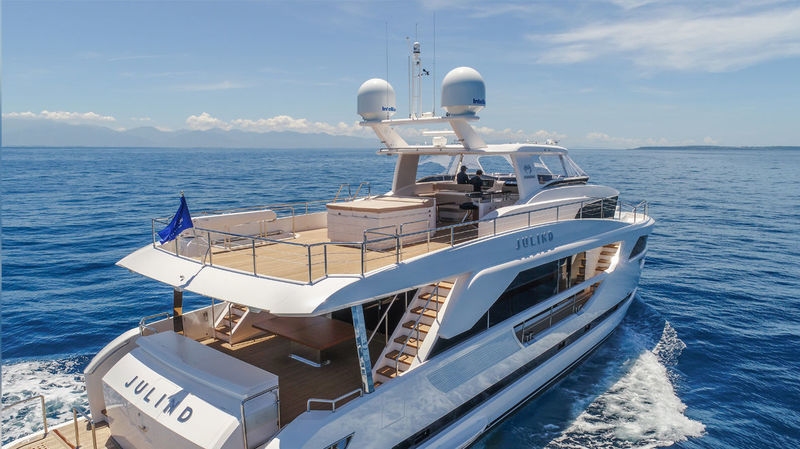 Photo: Horizon YachtsJulind also features a helipad to easily accommodate guests travelling to and from the yacht. Horizon built a carbon fibre bridge hardtop to meet the structural strength needed for the helipad. Built in compliance with  Australian AS/NZS power standards, she is powered by twin MAN 1,2000 hp engine, with a top speed of 16.6 knots at half load.