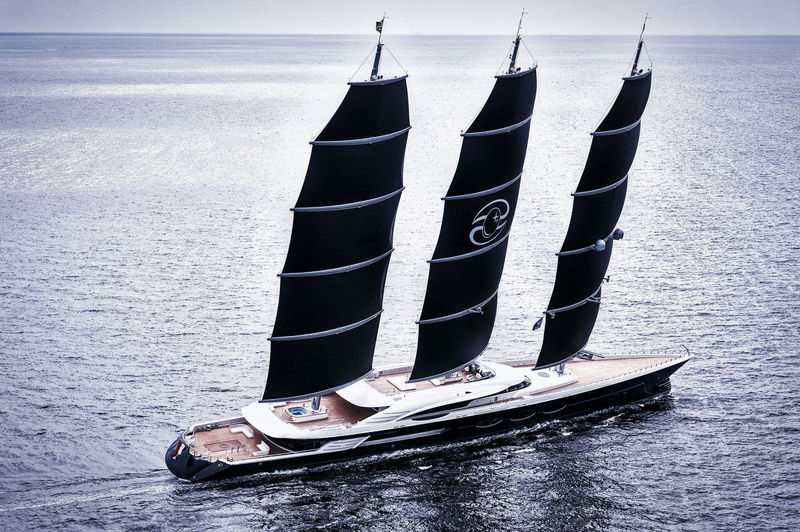 The designers Ken Freivokh Design, Nuvolari Lenard and Villate Design all played a significant role in Black Pearl's design evolution. Dykstra Naval Architects designed Black Pearl's three 70-meter (230ft) DynaRig carbon masts and sailing system. The sail area is subdivided into smaller lesser-loaded sails and they can be set or furled by pushing a button. Astonishingly, all 2,900 square meter of sails can be set in 7 minutes.

BMT, Nigel Gee collaborated with Oceanco to create Black Pearl's hybrid propulsion system as well as other onboard systems such as waste heat recovery.

Since her launch, Black Pearl has proven to be a new generation landmark sailing yacht with a unique identity. Not only is she the largest sailing yacht in the world, but her unique features such as the state of the art DynaRig system, single level engine room, a hybrid propulsion installation and regeneration mode when under sail - she is set to turn heads the world over - and for decades to come.