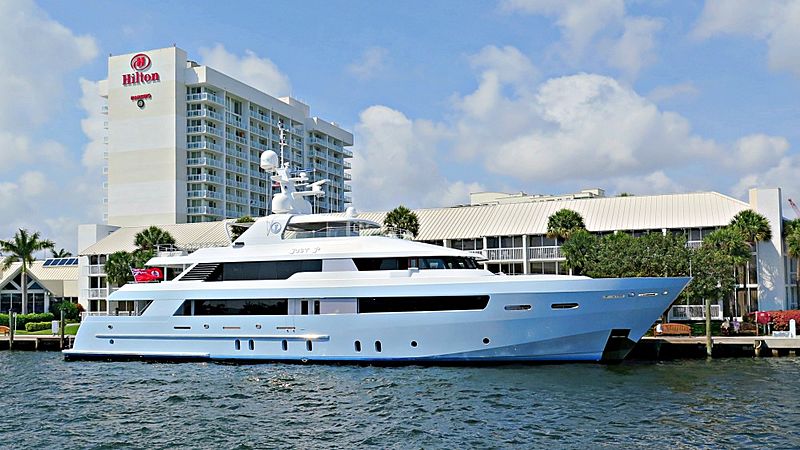 Previously namedMonarch, the 45.90 metre superyachtJust J’sis pictured here in Fort Lauderdale. Launched in 2011, her hull was built by Northern Marine in Anacortes, Washington before being transported to the Seattle based shipyard Delta Marine for completion. Her naval architecture is the work of Roddan Engineering, whilst Jonathan Quinn Barnett was responsible for both her interior and exterior design. Her owner recently took delivery of his new yacht, a 61 metre yacht built by Hakvoort in the Netherlands by the same name.