Fraser Yachts has announced the recent sale of the 47 metre superyacht Seven J’s built by American shipyard Delta Marine in 2008. Chris Daves at Denison & Daves represented the buyer in the deal that was offered at an asking price of $19,900,000. 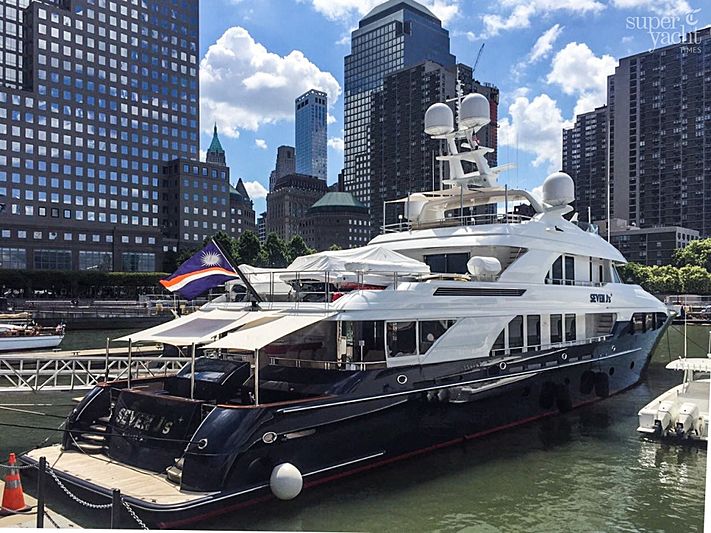 SuperyachtSeven J'swas launched in 2008 under the nameSlojo. Her design brief was to build a highly maneuverable, long range, shallow draft diving craft. Her twin Caterpillar engines deliver a top speed of 16.5 knots with a cruising speed of 12 knots. The interior, designed by Tom Stringer Inc. of Chicago, captures the essence of contemporary architecture.

Her impressive range of 3,500 nm range was put to the test during her well documented journey from San Diego to Nuku Hiva in French Polynesia, during which the yacht’s guests and crew took part in a 24-hours a day triathlon in order to raise funds for the YachtAid Global charitable organisation.