Denison Yachting has announced the sale of two superyachts this week: the 28.9-metre Chagos and the 27.96-metre Addiction. 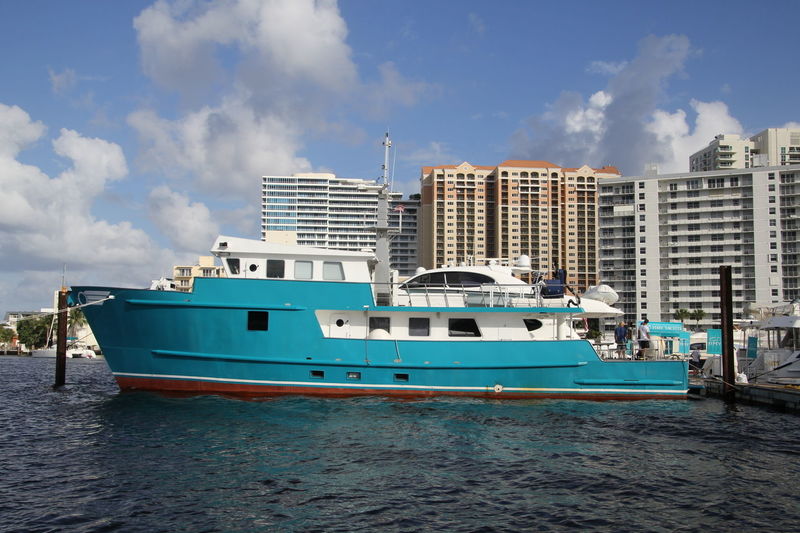 Photo: Merijn de Waard / SuperYacht TimesThe American-made expedition yacht Chagos was built by Ocean Voyager and delivered in 2013. Chagos can accommodate six adults across three staterooms, all of which feature en-suite bathrooms. She is designed to be easily handled by two crew members, requiring minimal maintenance.

She features a Palfinger knuckle-style commercial crane capable of lifting a fishing boat, and a commercial grade gallery. Powered by twin 350 hp Cummins NT-855 diesel engines, she has a top speed of 10 knots and a cruising speed of eight knots.

Addiction, a yacht build by Pershing was delivered in 2013 as a Pershing 92 model. Italian Fulvio de Simoni designed both the interior and exterior. She can accommodate eight guests across four staterooms, including a master’s suite, a double cabin and two twin cabins. She has a cruising speed of 38 knots and is able to reach a top speed of 41 knots.