Exclusive to the U.S. market, Derecktor Shipyards is proud to present a groundbreaking new superyacht concept by Azure Naval Architects BV of The Netherlands, its collaborator on the 281ft (85.6m) Cakewalk project now under way at the Derecktor Connecticut shipyard. Azure’s 52m (170ft) Awareness motor yacht project is designed to set a new standard for eco-friendly and efficient yacht operation. 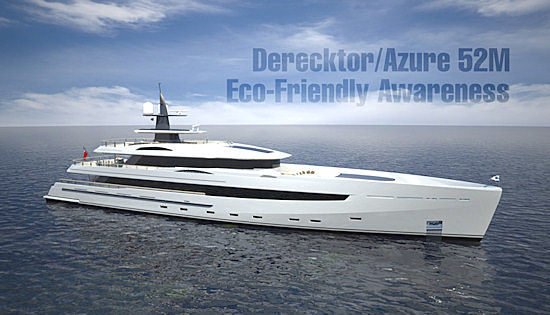 The mission statement for the project was to create a 499 GT yacht that would provide her owners with unparalleled comfort while at the same time producing the lowest achievable environmental impact possible for a yacht utilizing conventional propulsion. “Energy consumption is projected to be 30-percent less than in a traditional superyacht of comparable size,” said Hugo van Wieringen, Azure’s Director and Chief Naval Architect.

Three different design aspects of the Awareness project combine to produce this outstanding energy efficiency. First, her hull is longer than that of a typical 500 GT yacht, with beam of only 27.88ft (8.5m), in order to reduce resistance as she navigates through the water. Her sophisticated propulsion package couples smaller-than-usual main engines with extra-large-diameter propellers, enabling Awareness to offer a cruising speed of 12 knots and maximum speed of 14 knots while lowering the yacht’s fuel consumption and carbon footprint. 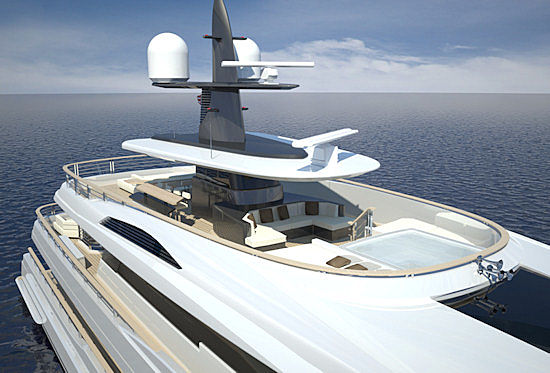 Solar panels which Azure has beautifully integrated into the yacht’s superstructure help power the domestic services load on board. “It’s not a large amount of energy, but it’s continuous when the sun is shining,” said van Wieringen. “The solar panels should produce about a 10-percent energy savings.”

Finally, the yacht’s commercial-grade insulation package, specially treated windows and well-engineered air-conditioning systems ensure that her domestic services consume less energy both under way and while in port. “When the owners and guests are off the boat, the crew can push the ‘Green Button’,” van Wierengen said. This automatically resets the interior lighting, temperature and appliances to a lower setting. 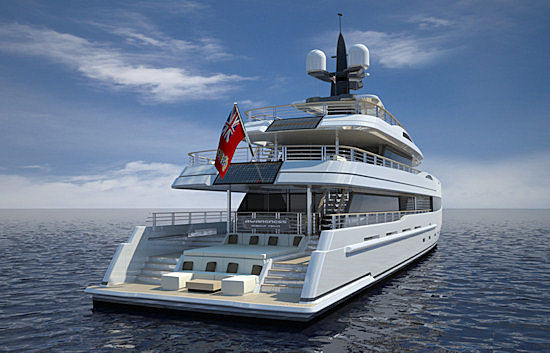 Awareness may be environmentally efficient, but that doesn’t mean her owners have to compromise on the yacht’s looks and accommodations. “I think she is good-looking because we successfully reduced the height of her superstructure without sacrificing interior comfort,” van Wieringen said. “In addition, she offers a lot of exterior deck space because of her extra length.”

The 52M project has an interior general arrangement that can be customized to meet the individual tastes and desires of her owners. She is designed to accommodate 10 guests in five staterooms, including a full-beam master suite with private office on the main deck. Her full crew complement is also 10, with four double cabins in the lower-deck crew quarters and a bridge deck captain’s cabin. 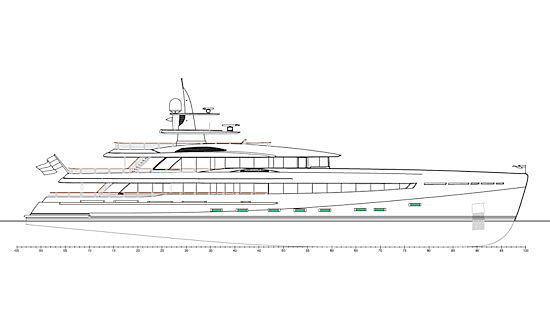 The yacht’s public spaces encompass everything owners have come to expect of a contemporary luxury superyacht. The main deck features a spacious salon, lounge and formal dining area with seating for 10, served by a fully equipped galley. A sky lounge with cinema and breakfast bar is located on the bridge deck. The sun deck is equipped with a bar, Jacuzzi, sunbathing area and convenient powder room tucked within the radar mast. Guests also are certain to enjoy the Beach Club on the main deck, aft, which features a second spa, lounge seating and easy access to the sea, the water toys, and the custom tenders housed within the yacht’s foredeck garage.

Awareness is only the beginning of the eco-friendly projects envisioned by Azure Naval Architects and Derecktor Shipyards. Van Wieringen reported, “The concept has turned out to be so successful that we are working on a larger version of the yacht.”