The 12 metre Yacht Development Foundation was established in 2006 in Greenwich, CT for the acquisition, restoration, and preservation of historic America's Cup 12 metre yachts. They have turned to Derecktor to make sure the job is done right, beginning with the refit of Lionheart. 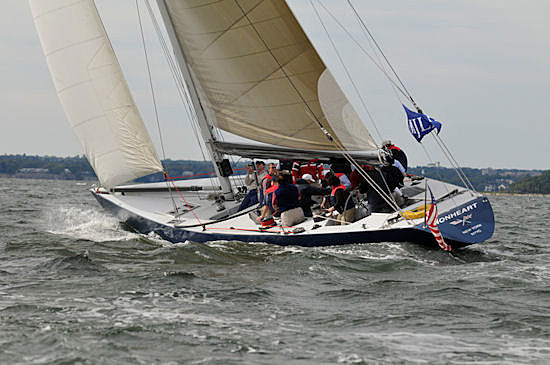 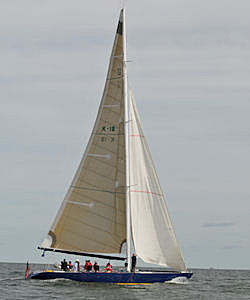 The Foundation's goal is to foster appreciation of the rich maritime history behind the 12 metre class by providing the "hands-on" thrill of sailing actual 12 metre America's Cup yachts. Their philosophy is to maintain these proud yachts as working boats in order to make them available for use to a wide variety of groups, including local sailing enthusiasts, corporate patrons, schools, charitable events, youth sailing programs and yacht clubs.

Twelve-meter boats have been called "the thoroughbreds of the sea," an apt enough analogy, though the upkeep of a 12, is more expensive than that of any horse and included is the challenge of maintaining all working and nonworking parts of the boat in their original condition.

Derecktor New York, Derecktor's corporate headquarters and original shipyard, was established in 1947 and for over 60 years has been building and maintaining sailboats, among them a number of 12 metres including the Cup winning Stars and Stripes, Interpid, Courageous and Valiant. Today the yard specializes in restoration, refit and service of fine sailboats and motor yachts. 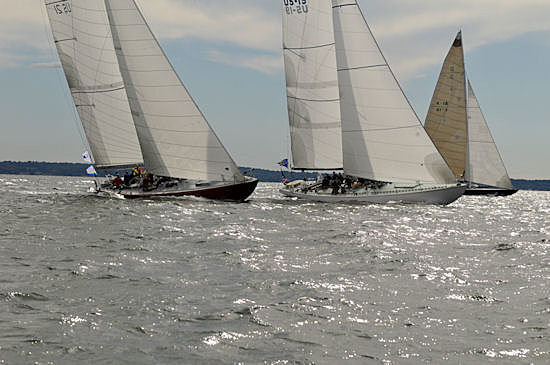 The first a in long list of upcoming projects for Derecktor to complete for the 12 metre yacht Development Foundation was a refit for Lionheart. Lionheart - K-18 is the latest acquisition and restoration project to the growing 12mYDF fleet. K-18 is a modern America's Cup class 12m designed by Ian Howlett and built by Joyce Marine Shipyards of Southhampton, UK in 1978 for Peter d' Savary's British America's Challenger syndicate for the 1980 America's Cup in Newport, Rhode Island.

Lionheart is a single helm 67' LOA, 54,000lb racing sloop with 12.5ft beam and draft of 9', constructed of Aluminium. Stephen Champtaloup Derecktor Mamaroneck Yard Manager summarized the job this way: "Lionheart's recent work at the Mamaroneck yard was completed in time for race season. Most of the work we did was on the mast. We fabricated and installed external aluminum stiffeners on the mast to replace the internal stiffeners that had disintegrated over the years. To maximize the structural integrity of the mast, the stiffeners were glued and fastened rather than being welded. Other work included repairing the frozen trim tab, improving the existing bilge pump system and servicing the deck hardware." commented

Patrick J. Sikorski, founder of the 12 metre program was thrilled with the results "From now on we will exclusively go to Derecktor to maintain our 12 metres. They are willing to turn the yard upside down to make sure our boats are ready for a race, and are capable of making any custom part on site. When we brought Lionheart to Derecktor she had been sitting on the hard for 5 years and it is a miracle they were able to revive her. 0nly a yard with the experience of Derecktor would be able to do that. "