At the Monaco Yacht Show we met up with Design Studio Spadolini, who until recently were now working on the refit of superyacht Radial, at the Sud Marine ShipYard in Marseilles. Radial is a 46 metre superyacht, originally built at the Astilleros Zamakona yard in 1985 as Alphee and later renamed Beluga. Many years ago the yacht underwent her first complete refit, when she was also lengthened. 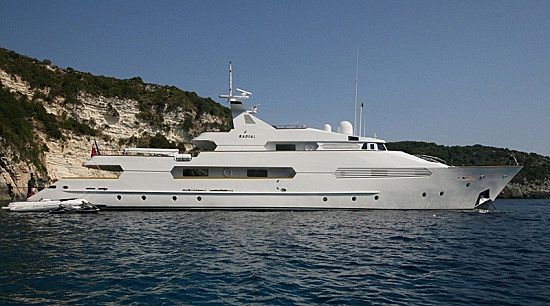 For the proposed new refit of the yacht, which is treasured and lover by her owner and his family, Design Studio Spadolini created a new profile, and are working on a series of more gentle exterior lines. 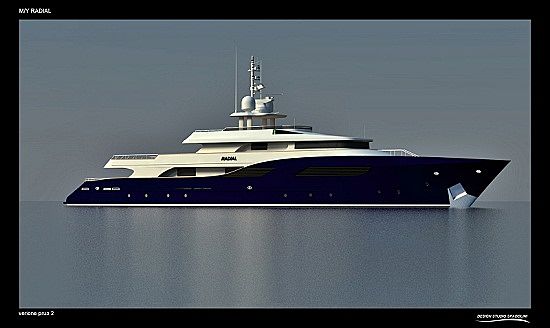 The refit would have included new bulwarks on the hull and main deck, aft decks, sun deck and mast. The wheelhouse will also be redesigned, as well as the interior and the bow section.

Unfortunately the refit of superyacht Radial was called off last minute by the owner, who realised that such an extensive refit would have ended up costing more than buying a new yacht altogether.