In September 2011 SuperYachtTimes.com was the first to report about a 127 metre superyacht under construction in Italy, at the Privilege Yacht Company, the Privilege Yard s.p.a today. Recently, SYT spoke to the yacht's designer, Abdeslam Laraki, designer and founder of Laraki Yacht Design. 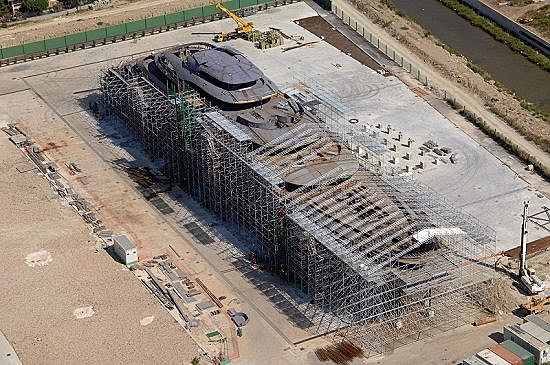 "In 2006 I was contracted to design a specific line of mega yachts, ranging from 120 to 160m, to be constructed at the company’s recently built shipyard in the port of Civitavecchia" Abdeslam tells us, of which Privilege One is the first superyacht of the series, for which Laraki Yacht Design created its exterior design and styling. The 127 metre yacht is expected to launch by the end of 2012. 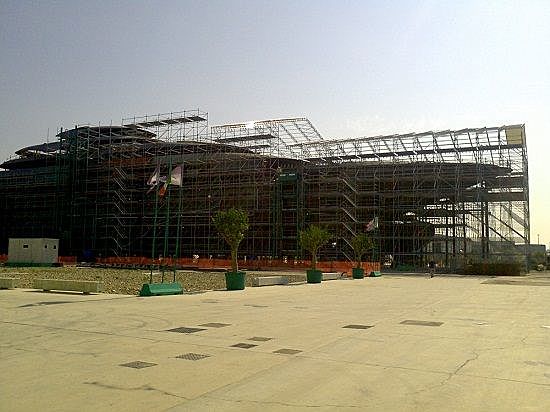 Abdeslam continues, "From the start of the collaboration, I was given the brief and mission to create a specific yacht design. A distinctive, esthetic, harmonious, recognizable design, yet classical enough to withstand time. A design, made to suite a range of yachts for Privilege. A design with enough personal character and distinctive esthetic features that even when built in different sizes, will still convey its affiliation to the ship yard. In that aspect, the challenge is met, since I was able to give dimension and matter to Privilege’s written wish for style, distinction and stance". 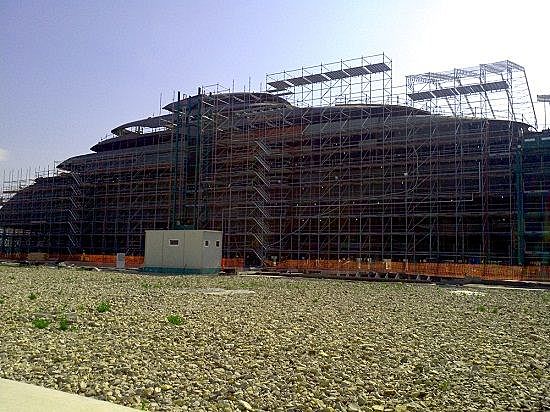 "During my collaboration with Privilege Yacht Company as their lead designer, I delivered the yacht’s design with its respective CAD files, all according to the cahier des charges submitted at the time. But my collaboration with Privilege did not stop there. In addition to the design, I was in charge of the development of the yacht’s initial metal structure in 3D, integrating all its technical and construction aspects and details. It was a demanding task that paid at the end, since it allowed naval architects and engineers collaborating on the project to precisely visualize the full yacht and ultimately make all the necessary adjustments at an early stage. During my collaboration with Privilege, I also stayed long periods in Rome, to initiate a few members of Privilege’s team to the skills of professional and industrial CAD work for a better communication between us, and to give Privilege team a better autonomy for the future, when working in 3D". 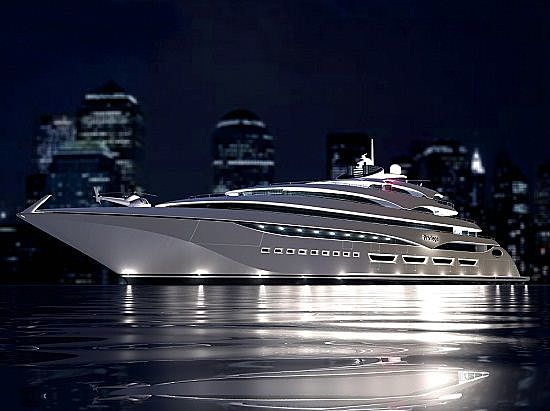 One of the particularities of building superyachts, is the fact that in most cases, the yacht undergoes modifications during its construction period. Privilege One is no exception. "In September 2011, Privilege decided to add an additional deck to its first yacht already in construction from the Privilege series. The design of such important modification was naturally given to me, even if I was quite skeptical at the time to the idea of adding a deck to the top of the original superstructure. Finally, the result turned out to be quite satisfactory, since I have managed to add the required deck while preserving the overall balance of my original design".

With the designer's six year exclusivity deal with the yard is nearing the end, Laraki Yacht Design is opening horizons for new collaborations, projects and possibilities. One of these projects we will publish about later on this week.

Meanwhile, the second yacht of the series, a 137 metre yacht has recently entered its construction phase on May 26. A ceremony was held on the same date at the shipyard to commemorate the event.