When it comes to sailing superyachts there are several omnipresent names that spring to mind, and few could argue that Dykstra Naval Architects isn’t one of them. Founded by Gerard Dykstra in 1969, over the past half a century the team has grown and expanded, collaborating on such iconic designs such as Nobiskrug’s 142.8-metre Sailing Yacht A, Oceanco’s newly delivered 106-metre Black Pearl, the 90-metre Royal Huisman built Athena, the 88-metre Perini Navi Maltese Falcon, and an impressive seven of the J Class new builds and restorations. 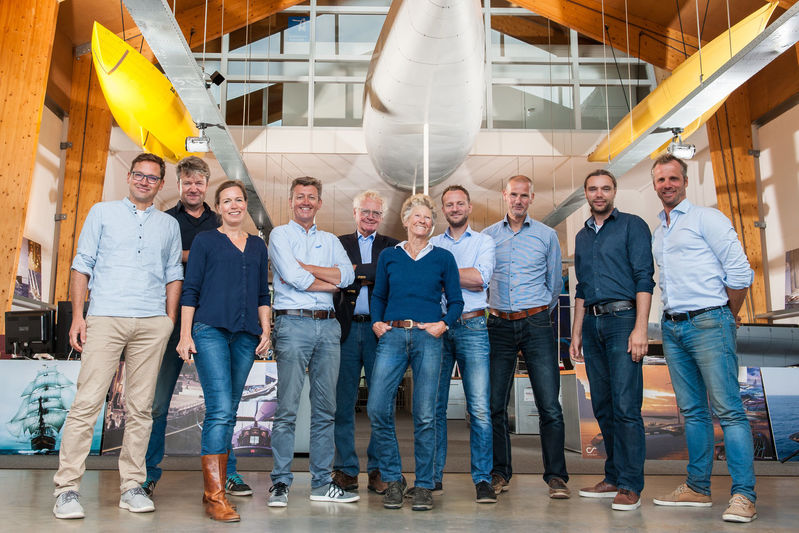 certainly an imposing portfolio, here we catch up with Managing Director, Thys Nikkels, who took over the helm from Gerard in 2004, to hear about the future of the sailing yacht market and the challenges involved with building the most super sailing superyachts in the world.

Tell me about your professional journey in Dykstra.

I was more or less born with a pencil in my hand, sketching sailing boats. So for me, there was never going to be any other option but to design sailing yachts. Upon completion of my naval architecture and marine engineering degree, I joined Dykstra in 1991. I was the first employee of Gerard, actually. In the beginning, Dykstra incorporated two disciplines: yachting and commercial shipping. In ‘94 we decided to largely focus our energies into yachting.

I started the process of taking over the company in 2000, and the transition was completed by 2004. Gerard then jumped straight into building his own boat, an aluminium 53 footer called Besteaver, and he and his wife have had some great times on the boat cruising around. He now spends around 10% of his time in the office, sharing his expertise with the team and working on the projects that he feels particularly attracted to!

The Maltese Falcon, Black Pearl and Sailing Yacht A are easily three of the world’s most talked about superyachts. Why is Dykstra the go-to naval architecture and design firm for these unique projects?

Well, we’re open to new ideas for one, and certainly do not shy away from challenges. If a client has a crazy idea, we investigate before we make a decision if it really is crazy or not. This involves a lot of different people that take you on a fantastic voyage to the ultimate end result. The Maltese Falcon, for example, was a six-year process. We like that at Dykstra, the variation in our projects keeps our whole team motivated. 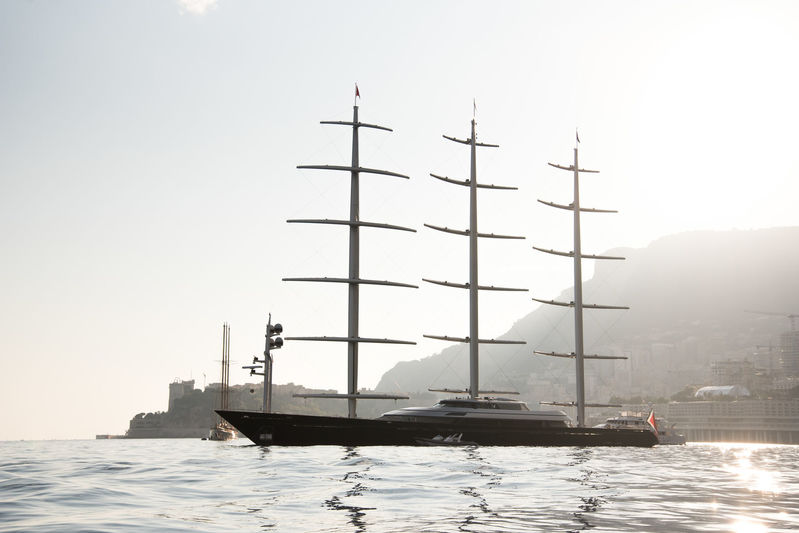 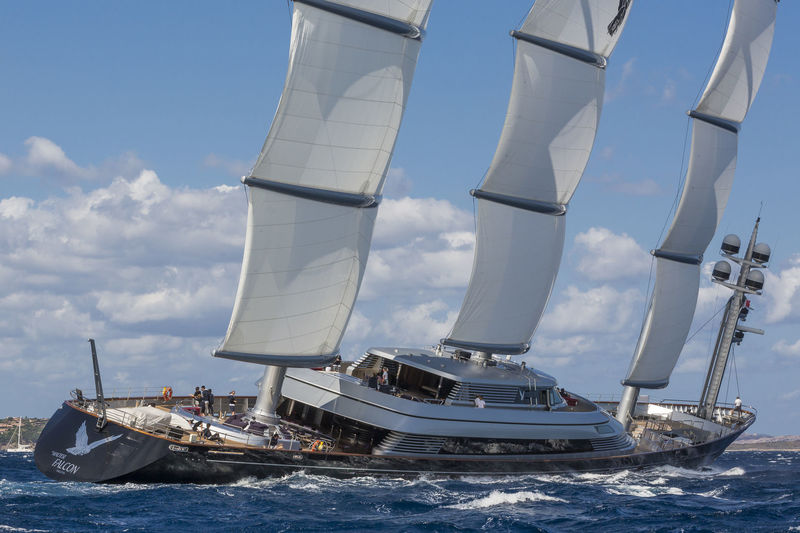 Photo: Carlo BorlenghiIn terms of projects currently in build, Project 400 - the 81m at Royal Huisman - is scheduled for delivery to her Asian owner in 2020. Tell us more about this project.

For us, Project 400 is one of the first with a more modern styling, where we are allowed to optimise on sailing performance and less on the aesthetics of a long, classic hull, so there’s a little more freedom than usual which is great. For a large Bermudan schooner like Project 400 you also need to look at different kinds of sail handling systems and automation - more so than with a smaller boat. For yachts like Black Pearl or A, it’s another step further.

Project 400 won’t be set up for regattas, and she will be a very private boat. We’re seeing that more and more with our clients… I think it’s in the DNA of the sailor to be more interested in being at one with nature and visiting beautiful destinations with their family and friends.

In early 2016, you announced a collaboration with Rapsody Yachts, the 35m Rapsody R110. Why did you venture into the motor yacht world?

Well, it was definitely a side step from the usual! We are always interested in undertaking these side step projects: as long as they are fun to do. It really helps to keep everyone in the team enthusiastic - that variation, again. But for the R110, we were collaborating with Rapsody on a sailing yacht, and they approached us with a client interested in a new motor yacht. It piqued our interest, so we were given relatively free reign to come up with whatever we wanted. The end result is sexy, cool boat… almost like a blown-up sports yacht and completely different from what we’ve ever done before.

It seems that more sailing-specific professionals are also diversifying, perhaps in a response to the dwindling numbers of new sailing superyachts being commissioned?

Well, in regards to the numbers, I don’t have a clue why they are so low right now. Especially when considering the push into sustainable, green future. Maybe clients do not know what is possible… in which case it is our responsibility to better inform them of the advantages of sailing versus motor. There are pros and cons to both, and we need to highlight that more.

Would it be interesting to push the regatta side of owning a sailing yacht?

Regattas are a tricky one… it’s a fantastic event to be part of, but most of the time, yachts that are built for racing are only racing in a limited way compared to what the boat does for the rest of the year. We don’t want to push anyone towards regattas. It’s about listening to your client. The whole team here at Dykstra, of course, loves regattas, and we’re lucky that a number of our boats are regular participants who invite us along for the ride! 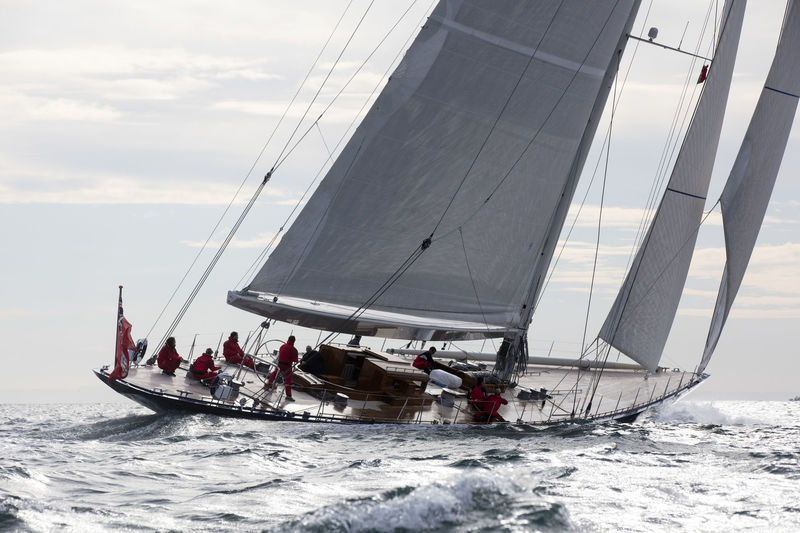 Dykstra has worked on some of the world’s biggest sailing yachts. What are the challenges involved with these supersized sailing vessels?

The challenges are abundant, but in terms of the challenges posed to our clients when they take delivery, well, you actually do less sailing on bigger sailing yachts. The size of the rig is so substantial, that it takes a lot of effort to set sail. On a 60-metre+ boat, you need some real power with the sails. I think that’s our job, to make that effort as minimum as possible and to make it possible for the yacht to go sailing easily. That’s why Maltese Falcon and Black Pearl are such a success because they can sail from anchor to anchor with just one person. If you are doing the night watch and think, ‘Hey! The breeze is a good speed and the right angle, let’s unfurl a couple of sails,’ then they can do it. The challenge of actually sailing less can be countered with technical innovation, and that’s what we want to achieve with our large projects.

Which projects can we already see this on?

For Sailing Yacht A, the brief was to have a really special sail area. So our challenge was not to design an exceptionally tall mast or big sail, it was in thinking of a way to make this vast vessel sailable for the crew. So we needed to think about what kind of automation or software needed to be involved to actually hoist the sails and allow them to go sailing! There are too many yachts around that never go sailing - it’s just about functionality. 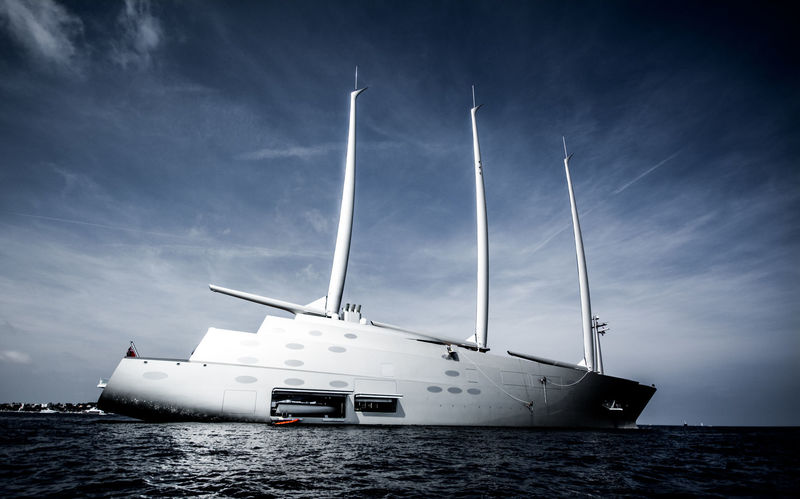 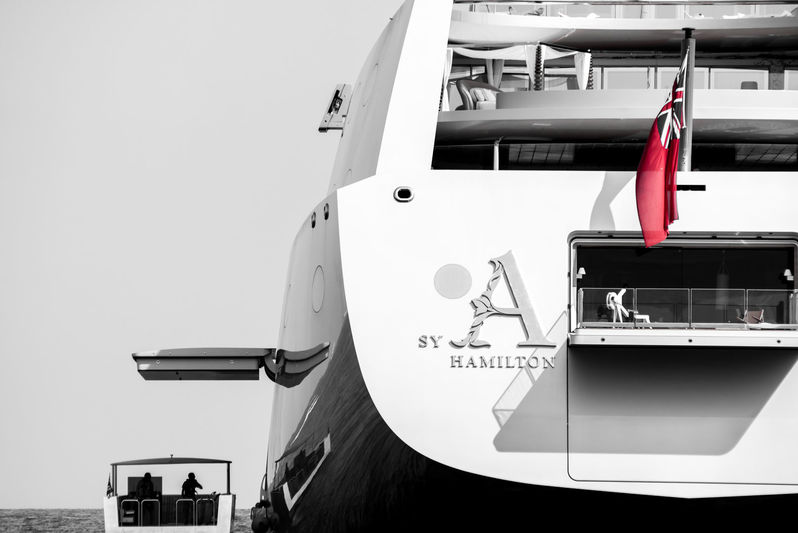 I’m very happy to say that the order book is full for at least two years with sailing yachts, ranging from 40-metres to… let’s just say ‘big’! We’ve also been working generally on the issue of sustainability for a number of years, as well as on the latest Greenpeace boat, Rainbow Warrior III. Diesel-electric drive systems for efficiency mean that generators do not have to be running all the time, for example. Black Pearl can sail around and regenerate power as she goes. And we’re very happy to be working on the Sea Bridge One project for the fantastic non-profit charity, Sea Mercy!

If people build a superyacht and say they want to do it in an environmental way, don’t start looking into LED lights or reclaimed energy from your shower or putting the air conditioning a couple of degrees lower. Go sailing. That’s it.

This article is featured in the latest edition of the SuperYacht Times newspaper - the Sailing Edition. Subscribe now to receive your copy straight to your door and never miss another issue.

In Pictures: Royal Huisman turns its largest hull to date