New details have been revealed about Oceanco's latest 90-metre yacht (now named as DreAMBoat) which was rolled out in Alblasserdam, the Netherlands yesterday where SuperYacht Times was at the scene to deliver the first photos of the event. The vessel's design is a first-time collaboration between Norwegian designer Espen Oeino for her exterior design and Terence Disdale for her interiors. 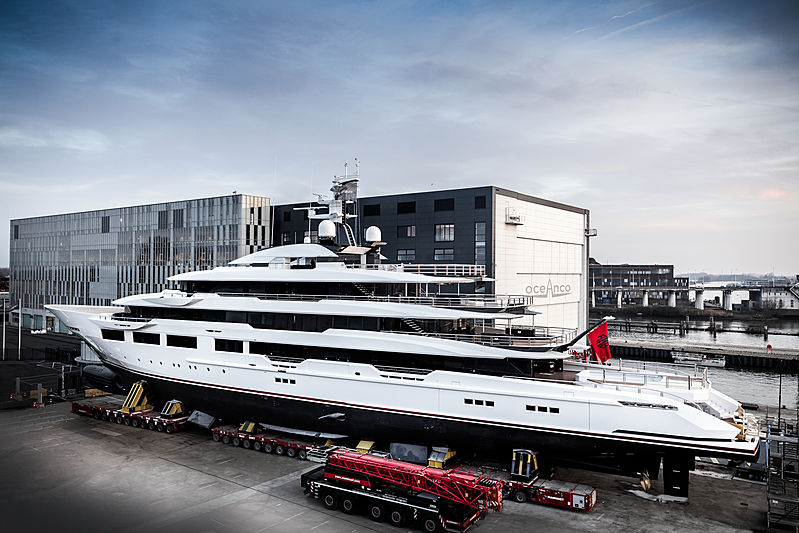 Photo: Guillaume PlissonWith a total gross tonnage of 2950, the 90-metre yacht DreAMBoat can accommodate up to 23 guests as well as a crew of 33. With a steel hull and aluminium superstructure, her appearance is classic and strong thanks to generous overhangs from the superstructure and cutouts in the bulwarks.

In terms of her design, DreAMBoat features large windows in order to increase the natural light reaching the interior and offers uninterrupted views from the inside out. Her outdoor spaces and amenities include a large swimming pool located on the main aft deck, a huge partially enclosed sundeck with Jacuzzi and numerous spaces for relaxing and entertaining. In addition, the owner's deck also benefits from a private Jacuzzi.

“The overall effect,” commented exterior designer Oeino, “is a yacht with clean uncluttered lines and a coherent design.” 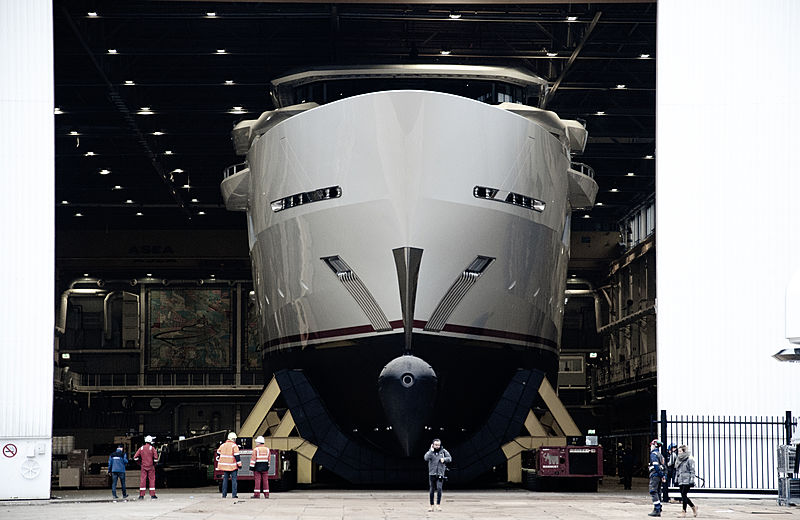 Photo: Aurélien Herman / SuperYacht TimesThe interiors on board the 90-metre yacht DreAMBoat are sophisticated and calming and replicate Terence Disdale's inimitable attention to detail. Almost everything on board the vessel, from the lighting to the furniture is custom made. As for materials, her chic interior incorporates bespoke surfaces, natural wood, limestone floors, semi-precious stone vanities, parchment, leather and mother of pearl.

In addition, state-of-the-art technology can be found on board and she includes a complex IP ship's computer operating system as well as full carbon canopy mast house and mast which form a key component of the overall design. 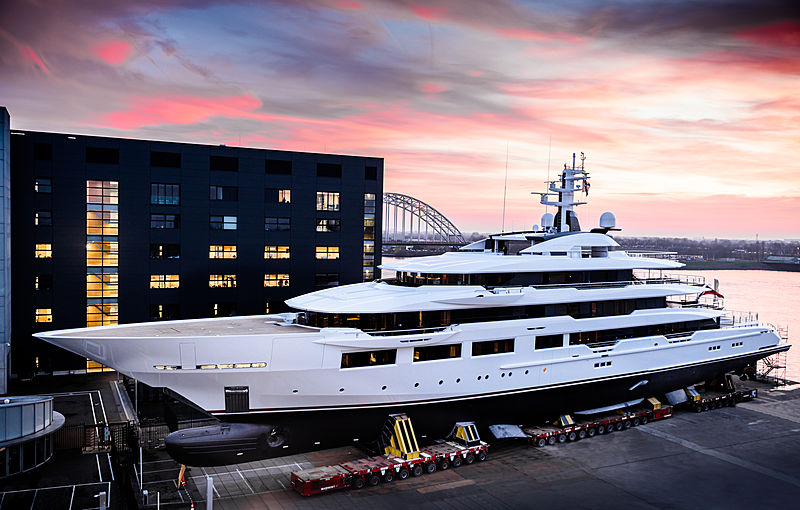 Photo: Guillaume Plisson“It has been an intense project, but with some clear direction from the owner, excellent collaboration between Espen Øino, Terence Disdale Design and Oceanco, we have achieved a great deal and are poised to deliver a stunning yacht,” commented Dan Jackson, the owner’s representative for the 90-metre yacht DreAMBoat and who is Director of Falcon Yacht Management.

Roderick Gort, Project Director at Oceanco, added, “Launching DreAMBoat is an important milestone in the construction process of delivering ‘the Owner's Perfect Yacht’. We are looking forward to delivering DreAMBoat after her sea trials this spring, and welcoming her to the Oceanco family”.

Currently being prepared for sea trials, DreAMBoat is on track to be delivered before the summer season.