Extensive development of the Pendennis site commenced in February 2013, and has seen the previous singular construction hall replaced with two 90m halls alongside a further 45m double-width hall. This complements the existing 150m dry dock, providing a more flexible space for superyacht refit and new builds projects at the 6.5acre site. 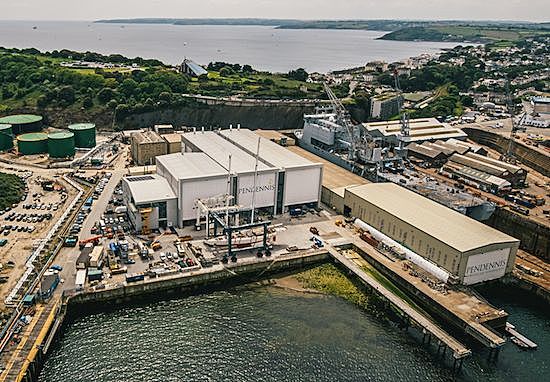 The project has been many years in the planning, as joint Managing Director, Mike Carr explained “Since the company was founded over 25 years ago we have continually invested in the Falmouth site to respond to industry demands. When we founded the company in 1988 a 35m vessel was perceived as ‘large’ in the yachting industry! Over the years as yacht sizes continued to grow and refit demand increased the yard has needed to adapt. Since the last major yard expansion, which included the improvement of our dry dock facilities in 2004, the superyacht industry has changed dramatically. Over the past five years in particular Pendennis has seen an increasing demand for winter refits as well as an escalation in the average length of yachts globally. Henk and I recognised that we needed to improve our facilities to cater to this, and so the development plans have been a key consideration for some time.” 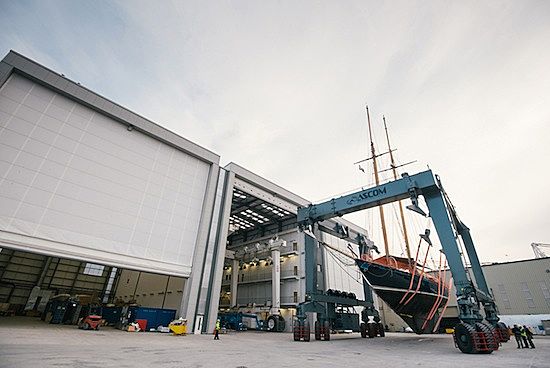 The three new halls were completed in stages to cater to project demand. As Halls 1 and 2 were midway through their build schedule, projects were manoeuvred into their aft ends and sealed off to allow production to continue. Once these buildings were completed two further projects were moved in, with the third hall now being used for keel-laying of the 31.3m Dubois new build. Since October the 150m dry dock has also been full, with two 60m+ refit projects in place. In order to cater to larger projects, Pendennis has recently taken delivery of a 640 tonne travel hoist, which is ideally positioned to move yachts smoothly from the slipway into each of the three halls.