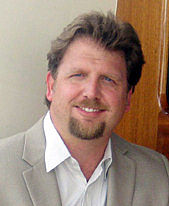 Boehmer comes to Vicem Yachts with more than 15 years of managerial and sales experience in the global consumer retail and marine industries. “Dirk brings a successful track record with worldwide and localized marketing programs aimed at varying customers and cultures,” says Perrone Da Zara. “His expertise and understanding of the international marketplace is in accord with our general mission to develop Vicem as a global brand, and we are enthusiastic about his potential to guide Vicem Yachts USA on a steady path of continued market growth and brand prominence.”

Just prior to joining Vicem Yachts, Boehmer was Sales Director for Bertram Yachts, a division of Ferretti S.p.A. based in Miami, Fla. In concert with the company’s international management team in Italy, Boehmer helped reorganize and supervise the company’s international dealer network and lead global marketing and promotional activities that helped increase international luxury yacht sales by over 80%. He also oversaw the project management of all yachts through their entire construction process, and directed product/engineering teams in modifying products to ensure they are suited for individual market tastes and applications.

Says Boehmer about becoming president, “Vicem has presented me with a tremendous opportunity and I am excited about leading Vicem to a new level of success in the U. S. marketplace.”

Dirk earned his Bachelor of Science in Business Administration and Bachelor of Arts in German from Indiana University of Pennsylvania in 1994, and the following year accepted the position of European Account Manager for Dorian Drake International. In this capacity he oversaw the management of the company’s European distribution center in The Netherlands, coordinated CE certification with European testing laboratories, and managed more than $2.5 Million in export sales for key product lines exclusively represented in Europe such as Hunter Ceiling Fan, American Lock, Union Tools, and others.

In 1997, he parlayed his managerial experiences into the marine industry, joining Brunswick Corporation as International Sales Manager for Sea Ray Boats. Over a five-year span, he managed international sales centers and regional sales offices, designed a lead management database for international prospects and dealers, and directed an international master dealer certification program to increase dealer profitability and sales. During his tenure, the company achieved sales in excess of $50 million. He also directed the European integration of the Sea Ray and Boston sales efforts while on assignment in Amsterdam, The Netherlands.

While with Sea Ray, Boehmer also earned his Masters in Business Administration from the University of Tennessee in 2000. In 2003 he became Vice President of North American Sales for Vancouver-based Walker Bay Boats, a specialty small boats manufacturer of inflatable RIBs, roll-ups, dinghies, kayaks and sailboats, where he helped double annual sales revenue and introduce a new product line over a three-year tenure.