Home > News > Dive in: Will your next superyacht have a submarine on board?

For the next generation of superyacht owners - as well as plenty of traditional yachties - owning a yacht is often about much more than merely possessing a high-value material object. Experience is the keyword of the year. It is no surprise, then, that the ultimate exploration opportunity is becoming more and more popular among superyacht owners: diving down into the ocean in your very own personal submarine. 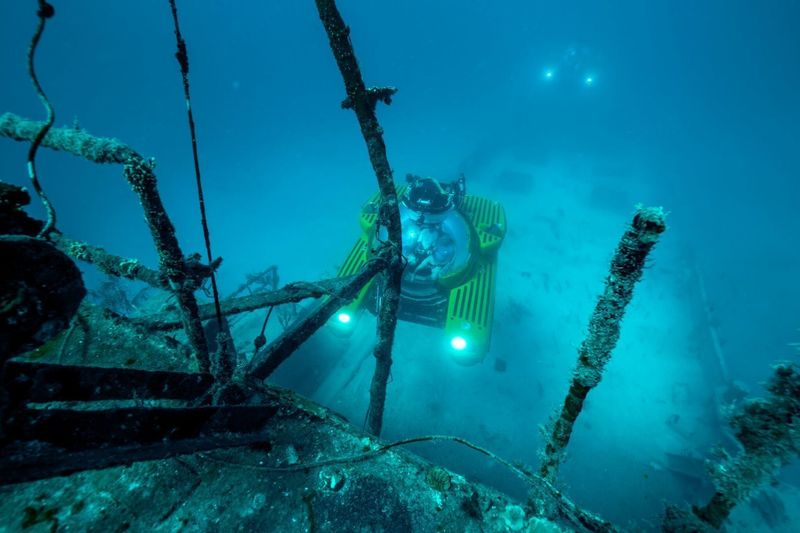 Personal submarines began to appear in the superyacht market around 2007, and have steadily increased in popularity since then, with many high-profile yachts sporting their own submersible vessels, including the iconic 88-metre Maltese Falcon and the 55.75-metre explorer Alucia famously used in the recent filming of the BBC series, Blue Planet II. Indeed, for owners who are interested in deepening their involvement with oceanic scientific research, either personally or by allowing scientists to make use of their superyachts’ capabilities, owning a submarine makes complete sense. But what about the less scientifically-minded superyacht owner, whose vessel has not been purpose-built for submarine capabilities? Is a submarine more expense and hassle than it's worth?

To get to grips with this question, we spoke to submersibles experts and discovered the incredible exploration and recreation possibilities which owners can benefit from, that there are surprising financial benefits to hosting a sub on board, and that with relative ease, submarines can be incorporated into many vessel’s standard tender garage. DeepFlight, as an example, offers the DeepFlight Dragon submarine designed to fit on smaller yachts and is currently being integrated into the new build of a 40-metre Princess M Class. 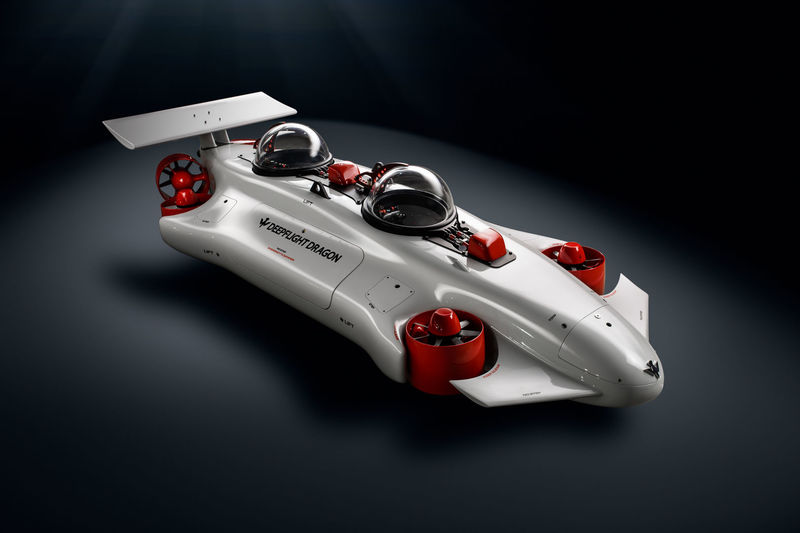 One explanation for the growth in submarine popularity is linked to a palpable desire to attain the ultimate experience. As Louise Harrison from Triton Submarines explains, this trend has comparisons with bygone history. “I believe we’re entering a new age of the gentleman and gentlewoman explorer. Just like in the past, we are back to having a huge unexplored realm suddenly accessible to us that has not been seen at all. Ninety-five percent of the ocean has never been explored, so it means that every time you go out there you might see something for the first time.”

Although there are many high-profile research vessels which have made amazing discoveries by submarine (Alucia provided the first-ever footage of a giant squid using a Triton Submarine in 2012 as one example!) the use of personal submarines opens up these exploration opportunities for non-scientists too, democratising these experiences in what is often dubbed ‘underwater tourism’. As Karen Hawkes from DeepFlight explains, “Aside from opening up the oceans, DeepFlight submarines also enable a wholly new experience of underwater flight: yacht owners are now able to skim over reefs and fly alongside marine mammals in a way that was heretofore impossible. It’s not just about going deep; it’s about accessing the oceans in a safe and environmentally friendly way, and seeing a piece of our planet no one else has seen before.”

The latest generation of personal submarines now combine high technical performance with aesthetic appeal, enabling owners and guests to dive below the surface in stylish and comfortable settings, with many contemporary submarine interiors customisable for each owner. Harrison describes the personal submarine experience for the superyacht guest: “You’re sitting there, you’re breathing and talking naturally and normally with the people around you, listening to your favourite music, taking some photos. It’s kind of like going out in your family car but in the ocean - who wouldn’t be attracted by that?” 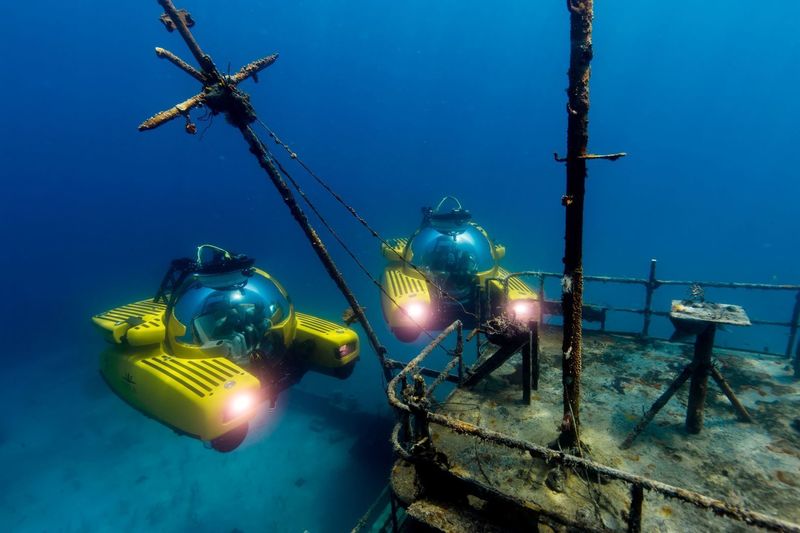 Of course, even with these potential benefits in mind, canny superyacht owners will inevitably have concerns about the practicalities of incorporating a submarine into their vessel: will it be expensive, how do I get the submarine on board, and will I need to hire extra crew to operate the submarine? First things first, as Erik Hasselman from U-Boat Worx explains, it is easiest to incorporate a submarine on board your superyacht if you know from day one that you want a submarine, since it can be included into the initial yacht design.

However, the latest submarines, such as the recent Super Yacht series from U-Boat Worx, the Triton 1650/3 LP ‘Low Profile’ sub and the DeepFlight Dragon, are increasingly being designed to suit the traditional superyacht market and can be added to your yacht long after she is just a concept on a piece of paper. The designs of these subs are both compact and lightweight, meaning they can be stored in a standard tender garage, and thus on much smaller yachts. As Hasselman told us, “I’m not guaranteeing that any 40-metre yacht will fit a submarine, but the increasingly compact units have certainly doubled, tripled, quadrupled the number of yachts that can carry a sub on board.” Hawkes adds that launching, recovering and storing submarines can be as straightforward as how yachts currently handle their tenders. In short, if you have access to a tender garage, a crane, and a power supply to charge the submarine, it could well be possible for your next superyacht to have a submarine on board. 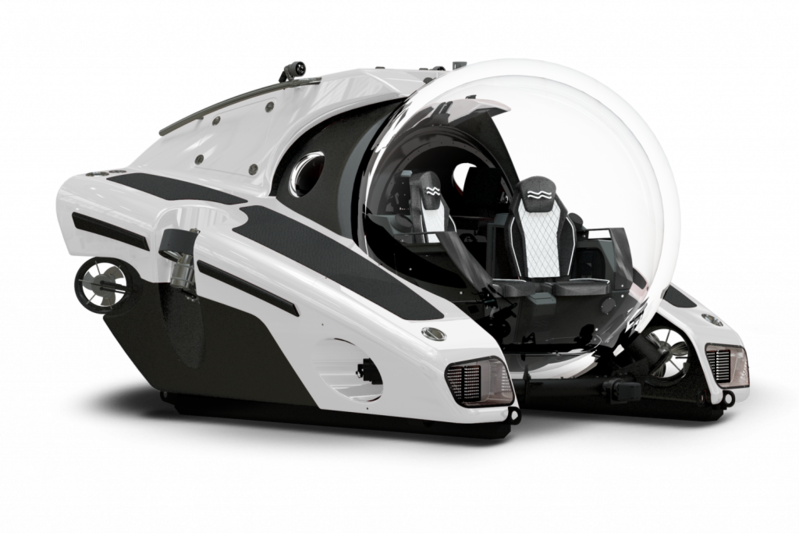 Naturally, it cannot be denied that adding a submarine to your superyacht comes with associated costs and complications: it certainly should not be viewed as just another toy - or even a toy at all. With the cost of the submarine itself representing a substantial sum (some of the most expensive submersibles can cost several million dollars), why would superyacht owners want to commit to this additional financial investment? As the experts explain, however, investing in a submarine is exactly that: an investment. Submersibles do not depreciate in value over time because of their relative rarity and are therefore a worthwhile and somewhat risk-free investment in that regard. Secondly, when it comes to charter, it’s a no-brainer. Choosing between several yachts in the same size class, the same build quality, and similar charter fees, it’s only logical that a vessel with a submarine is infinitely more attractive to most than those without.

When it comes to operating the submarine for the dives themselves, this is also a surprisingly straightforward endeavour and can be an enjoyably hands-on experience for owners and guests alike. DeepFlight has always designed its submarines for owners and their crews to operate themselves. After all, as Hawkes says, “You don’t give the keys to your Ferrari to a chauffeur.” Triton and U-Boat Worx offer fantastic crewing services, but also provide training programmes so that owners and crew can learn to safely operate and maintain the submarine themselves in just a few weeks. This can be a highly cost-effective decision: piloting training for up to six people is included in the cost of buying a Triton submarine, for example. As Harrison explains, piloting a Triton sub is both easy and enjoyable: “The physical piloting is simple and intuitive. You just have a joystick, and go forward and back and side to side and up and down: that part is very straightforward! It’s even possible to install a guest joystick so passengers can try piloting under the watchful eye of the pilot.” The same goes for U-Boat Worx, in which their already six-year-old MANTA controller allows passengers to take control of the sub under supervision.

So, whether you want to explore historic shipwrecks, fly in the water alongside whales and dolphins, add your own contribution to the scientific research of the future, or truly stand out in the charter market, adding a submarine to your vessel can open up a new world of possibilities for any yacht. As Erik Hasselman concludes: “The submarine experience has been described using many different words, but, trust me - there is really nothing that can come close to seeing it with your own eyes.”

Inside the latest issue of SuperYacht Times