Diverse Projects' Build Project 08 was recently transported overland from its construction facility at Profab Engineering in Palmerston North, to Napier. It was one of New Zealand’s largest ever over land yacht movements. Diverse Projects took on the challenge in keeping with their 'virtual shipyard' approach, moving projects between facilities to achieve best outcomes overall in both quality and value, an approach similar to that of larger European yards. 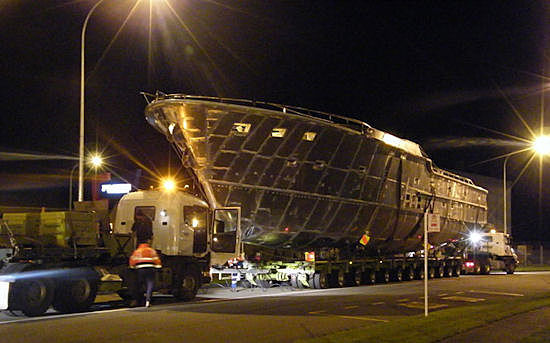 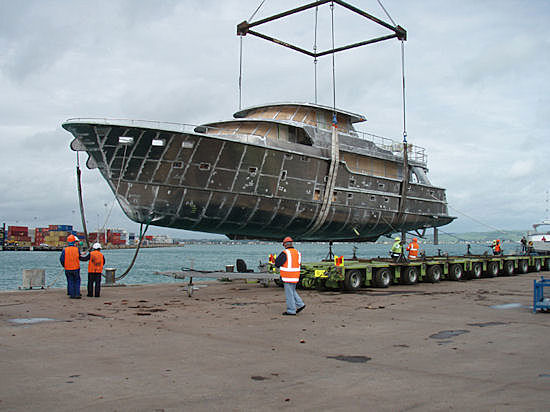 Once safely in Napier, the hull and superstructure were welded together. The next challenge was to put the superyacht in the water and tow it to Whangarei for completion of the interior, paintwork and finishing details. The exciting trip up the coast took three days: once attached to the towing vessel, the boat could not be boarded. 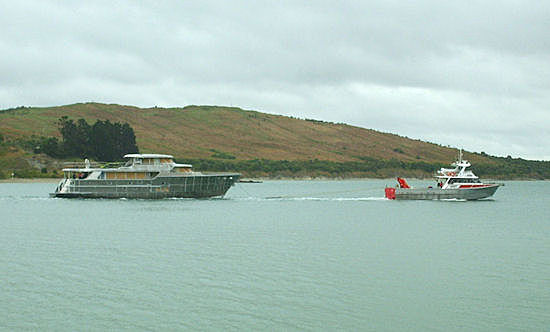 One of Diverse Projects' owners, John Vitali, and the superyacht’s captain actually remained on board for the whole trip – an example of Diverse’s dedication and commitment to their projects. Once in Whangarei, DP-08 was settled in her new home and will stay in the Whangarei shed until the completion of the project late 2010. 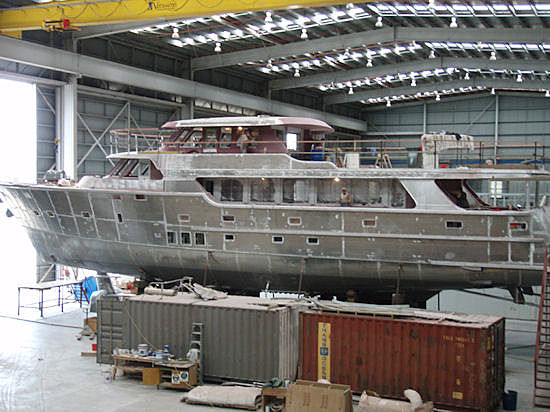 DP-08’s sleek lines were designed by Craig Loomes of LoMocean Design. The 31.5 metre long range motor yacht is being built to Germanischer Lloyd 100 A5 class and MSA survey. With twin Caterpillar C18 ACERT 600HP engines, she will cruise at 12.5 knots. The interior has been designed by Australian based Chris Connell and manufactured by SMI Group of New Zealand to complete the picture of very best quality all round.