DND Yacht Design has recently revealed their latest 39.95 metre all aluminium superyacht concept. The semi-displacement yacht made her debut at the China International Boat Show 2015 which was held from the 9th to the 12th April, and is aimed at a predominantly Asian, though mainly Chinese, market. DND tells SuperYacht Times that the inspiration comes from historical aircrafts. 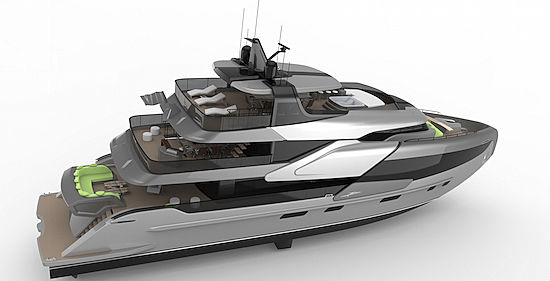 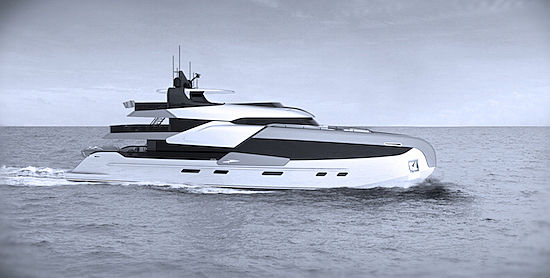 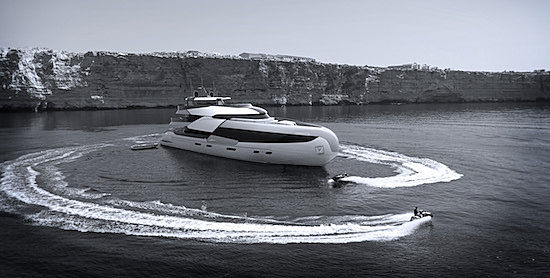 One of her most important features is the full height windows on the main and upper deck. The windows will inundate the areas with natural light, creating a bright and airy atmosphere as well as offering spectacular views. 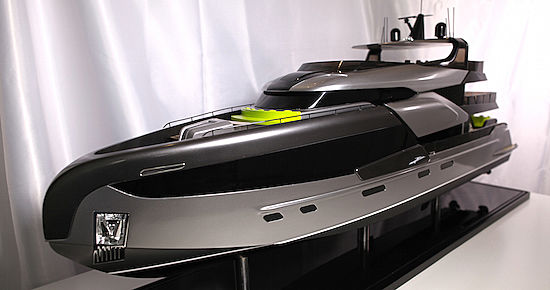 Speaking of the project, Chief Yacht Designer at DND Frédéric Bonnet comments, “After showcasing a prototype (scale 1.30) at CIBS 2015, we can report that we received a warm welcome from the public who have appreciated the general plan of the yacht.” Continuing to talk of working in and for the China yachting industry, Bonnet continues to say, “My role here is a challenge, but we work very hard to help the Chinese industry in the development and expansion of their yachting lifestyle and culture.” 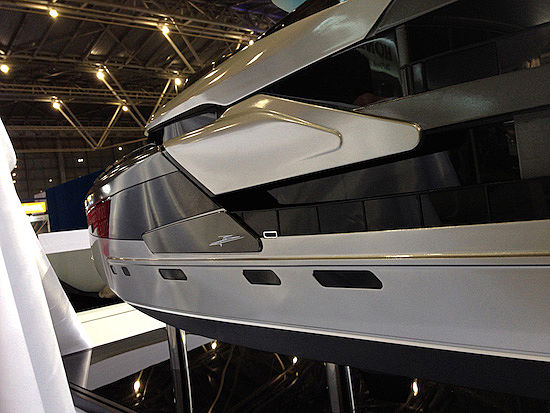 She will be powered by twin engines of 2,880 hp each, providing her with a top speed of 22 knots and a cruising speed of 12 knots. She will boast a transoceanic range of 3,000 nm. 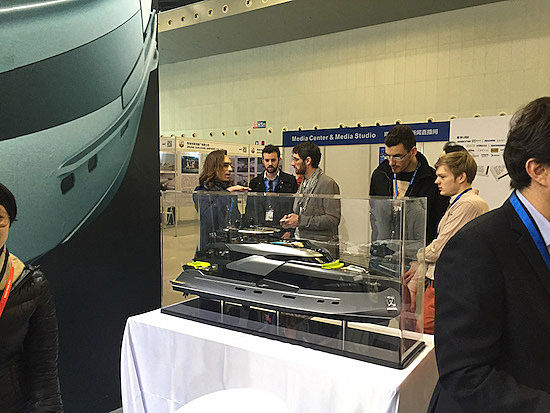