Home > News > Dockwise books the most valued superyacht ever transported

As the seasonal migration of superyachts begins in late August from the Mediterranean to the wintertime cruising grounds of the Caribbean and South Florida, Dockwise Yacht Transport, operating for 26 years in the yacht transport industry, is gearing up for a busy season.

Recent bookings include the most valued superyacht the experienced company has ever transported, the new 214-foot m/y Galactica Star, built by Heesen, which has booked a round trip from Genoa, Italy to Martinique this fall and from Port Everglades back to Genoa in spring 2014. While Dockwise has the capability to ship yachts from 30 feet to more than 200 feet, it regularly ships those in the 120-foot to 165-foot range, mainly to and from the Mediterranean. 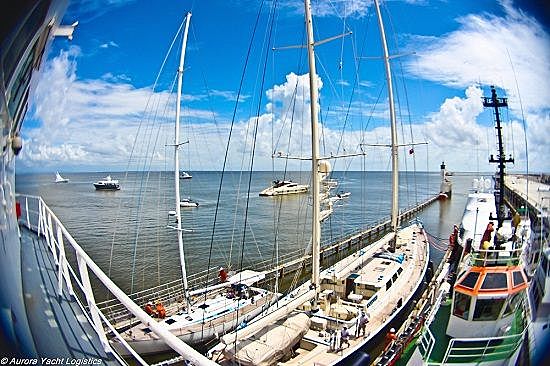 There are two ways for a yacht to make its way across an ocean: on its own keel or docked safely aboard a transport vessel. The expense of having a yacht shipped by a qualified yacht transporter typically is outweighed by the substantial insurance requirements and costly wear and tear of a long sea journey. Dockwise is the only yacht transport company with semisubmersible ships, also known as float on float off, a method that is much less stressful on yachts than being hoisted by crane. In addition, these unique yacht carriers are equipped with 14.1 meter (46.25 feet) dock walls which protect the yachts from the elements while underway. 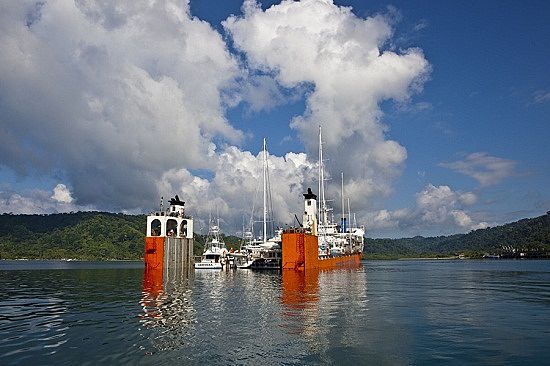 The company is headquartered in Fort Lauderdale and operates in the most popular global cruising areas, including Newport, Rhode Island and the Caribbean, Italy, France, Spain, Turkey, Costa Rica, Australia and New Zealand. As summer sojourns in the Mediterranean end and megayachts depart for warmer winter destinations, Dockwise runs a total of seven sailings originating in the Mediterranean, from Genoa, Italy or Palma de Mallorca, Spain and calling on ports in either the Caribbean or Port Everglades, Florida. The return to the Mediterranean for the spring/summer cruising season begins with voyages in March 2014. Another transport in early November picks up boats in Newport and unloads them in St. Thomas, and another annual voyage commences in Palma de Mallorca in November, stops in Martinique, Port Everglades, and then Golfito, Costa Rica in December before proceeding “Down Under” via Brisbane, Australia and Auckland, New Zealand and returning via the same ports.

“Our ships fill up quickly because we hold the client service bar so high,” said Catalina Bujor, marketing officer for Dockwise Yacht Transport. “We deliver flawless service to some of the most demanding clients in the world—most of which are repeat clients—and it is these high standards that distinguish our company from the rest.”

Unlike other yacht transport companies that often are freight forwarding operations, Dockwise Yacht Transport owns its fleet of semisubmersible ships and therefore has total control, allowing for strict adherence to shipping schedules, safety and care standards. Each client is guided through the shipping process by teams that are professionally trained for this type of yacht transport who are dedicated to, and experienced with, the company’s specific method of shipping. Freight includes cradles, basic customs clearance fees in both departing and arriving ports, excellent insurance coverage, and expert assistance during loading and unloading.