Dockwise Yacht Transport (DYT), the world's only float-on/float-off yacht transport service, has launched its newest ship, which will provide yacht owners with faster and more frequent delivery of their luxury power and sailing yachts across the Atlantic Ocean. The 685.7-foot (209 meters) Yacht Express, built at the Yantai Raffles Shipyard in China, has an official delivery date of May, 2007. It will be the largest vessel of its kind in the world, purpose-built with a semi-submersible dock bay that allows yachts of any size to be safely floated on and off as cargo. Yacht Express will join four other dedicated yacht carriers, all semi-submersible, in the existing liner service of DYT. 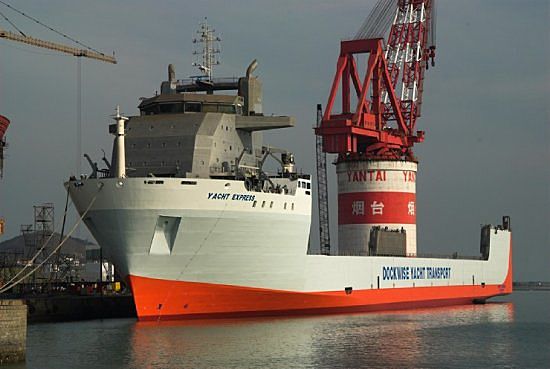 "Most amazing is that this ship is designed to have a service speed of 18 knots", said DYT President Clemens van der Werf. "This means that a transatlantic voyage with this ultra modern yacht carrier can be reduced by nearly 50%, from 15 to 8 days." Van der Werf added that Yacht Express also will feature amenities not found on the other DYT ships such as complimentary cabins for ride-aboard crew, an atrium with swimming pool, conference, media and fitness facilities, allowing for added comfort and entertainment during transit.

The launch of the Yacht Express is a major milestone in the development of the yacht transport industry. With a beam of 106 feet (32 meters) and deck space of 55,060 feet (5,115 square meters), the vessel has a carrying capacity of 5,000 metric tons, which allows Yacht Express to accommodate more yachts on regularly scheduled trips to and from Florida and the Mediterranean.

"The addition of this new yacht carrier to our fleet is an important step forward by DYT to improve the quality of services to our clients -- services that are based on safety, regularity and reliability," said Van der Werf. 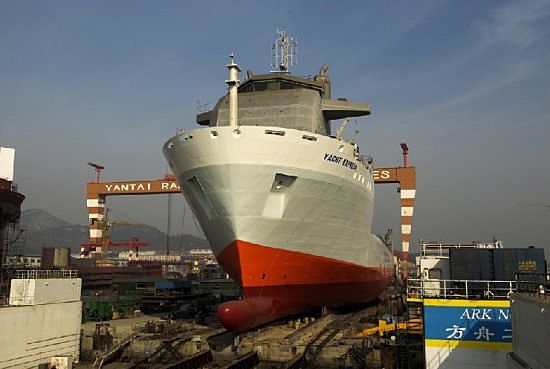 Yacht Express on its construction berth

Following sea trials in mid-May, Yacht Express will mobilize through Australia and New Zealand and to Florida before making a special appearance at the Monaco Yacht Show in September, 2007.

Since its maiden voyage in 1987, DYT has transported over 8,000 motor and sailing yachts to various destinations around the globe, offering owners and charterers safe and easy access to many of the world’s premier cruising grounds. Dockwise Yacht Transport is specialized in the maritime transports of luxury (mega) yachts and is a group company of Dockwise Transport B.V., the global leader in maritime transports of extremely large and heavy cargos. DYT is based in Fort Lauderdale, Fla., and with a fleet of four dedicated yacht carriers is the world's leading provider of yacht transportation on a regular liner service. 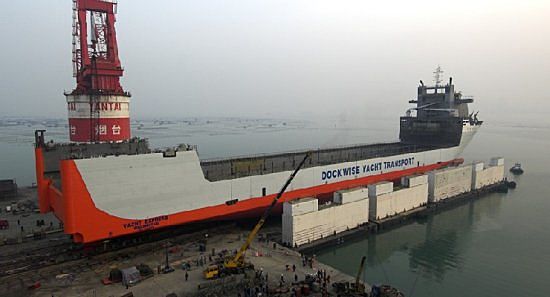 Yacht Express on the skid barge 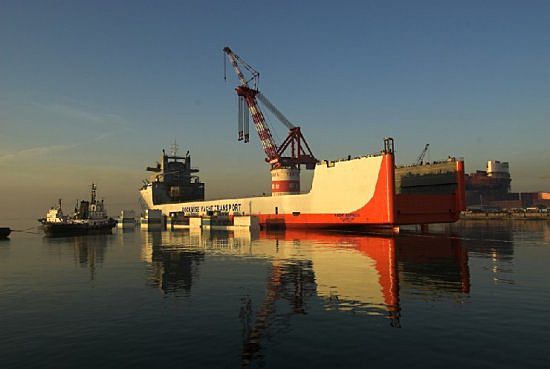 Yacht Express ready to be floated off