Dockwise Yacht Transport (DYT), headquartered in Ft. Lauderdale, Fla., has announced a cooperative partnership with Global Boat Shipping (GBS) of Germany to enable increased shipping options for reaching the northwestern shores of Continental Europe as well as the popular cruising grounds off the southern coast of the UK and in the Baltic Sea. 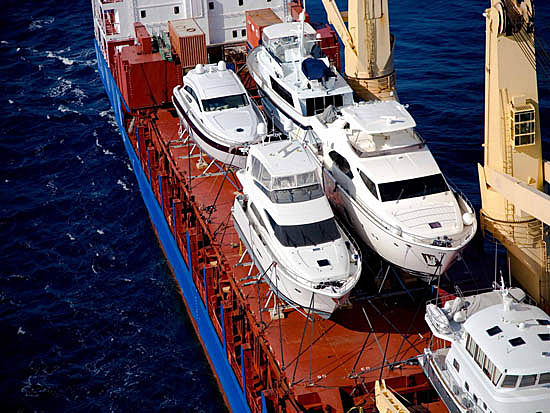 The strategic alliance allows DYT to continue offering its unique float-on/float-off yacht transport service with its own fleet of four semi-submersible ships while adding GBS’s well established routes and networks for complete transport solutions in that part of the world. At GBS, sophisticated systems allow for the flawless handling of logistics and interaction of transportation routes – whether by truck, rail, plane or ship.

“GBS already operates a regular service between the Mediterranean and Northwestern Europe,” said DYT President Clemens van der Werf. “By linking DYT with GBS, we will be able to offer clients extra sailings and added flexibility to and from those areas.”

In 2007, DYT entered a partnership with the shipping company BBC Chartering & Logistic, for the first time adding lift-on/lift-off services that are managed by expert DYT loading masters. Since then, DYT has carried out several successful voyages to previously hard-to-reach destinations such as Dubai, St. Petersburg, Hamburg and Antwerp. DYT’s coordination of services to these new markets has increased demand among its clients, and the company has scheduled the recently commissioned Yacht Express—at 687.5-feet (209 meters), the largest in its fleet of semi-submersibles—for a January 2009 voyage to the United Arab Emirates for the Dubai International Boat Show and the inaugural Abu Dhabi Yacht Show.