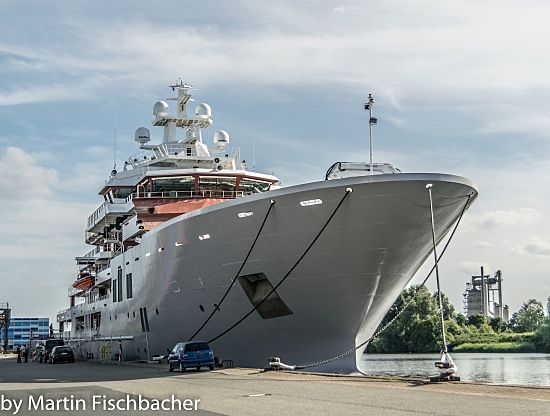 “The owner’s team contacted us a while ago if we were interested in completing the vessel and two weeks ago we signed the contract,” says Henning Dörries. “The vessel will undergo completion work in the next four months and if everything goes according to schedule she will be completed at the beginning of December.” 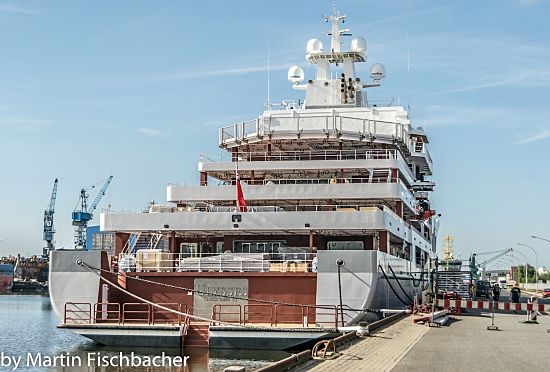 “The choice for Stahlbau Nord”, explains Dörries, ”was made because of its strategic location in Bremerhaven and good access to subcontractors.” 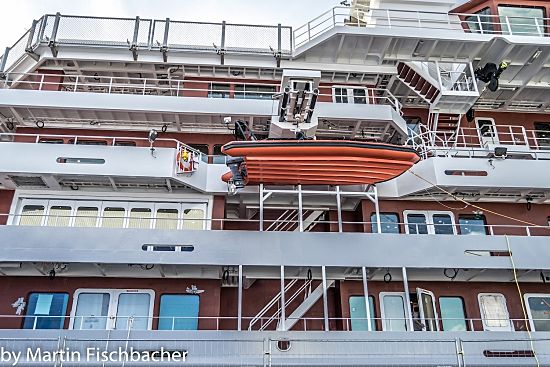 When asked if they will also over see the finishing of the second 116 metre explorer yacht for the same owner, Dörries said, “Of course we would like to work again with the owner and his team if they need our services for the 116 metre project, but our focus is now on finishing this project first. ” 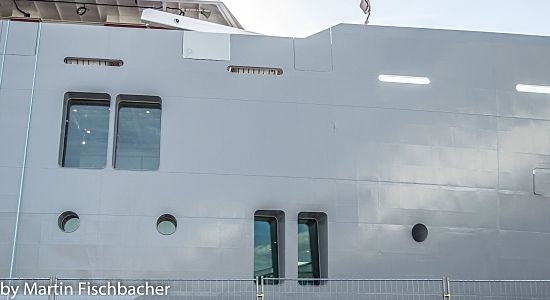 Martin Fischbacher, who has captured many exclusive launches for SYT, has just sent us these detailphotos of Ulysses. The photos clearly show the commercial finishing of her hull and also some of the work that still needs to be done to Ulysses.

By Merijn de Waard, photos by Martin Fischbacher for SYT