Moonen Shipyards, builder of the world's finest "pocket-size superyachts," is pleased to announce that two of its recently launched yachts have been nominated for 2006 awards by the International Super Yacht Society (ISYS). The first Moonen 114 Explorer, My Issue, is among five finalists in the ISYS category "Best Power: 32 metres to 43 metres." And the Moonen 84, Far Niente, the sixth in the yard's remarkably successful semi-custom series, is a finalist in the category "Best Power: 23 metres to 32 metres." 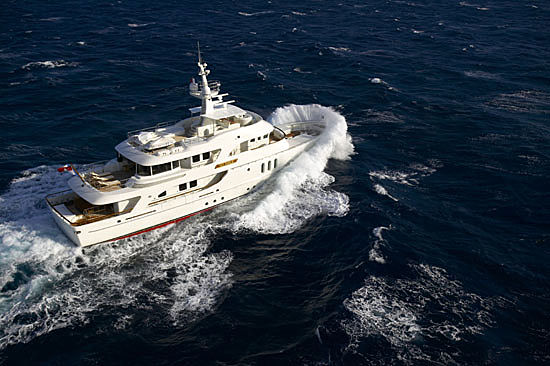 My Issue was built for the owner of an 89-foot, 25-knot, semi-displacement aluminium Moonen yacht of the same name. Having had a satisfying experience cruising the Mediterranean for several years, he was ready to venture out to more remote regions, in particular at high latitudes. His search for a new yacht did not take long as Moonen and its conceptual team of Managing Director Emile Bilterijst, designer René van der Velden, and naval architects Stolk Marimecs, had already developed several models in a new Explorer Series.

The Explorer 114 has a handsome exterior with a raised foredeck, high bulwarks, and compact superstructure topped by a crow's nest for reef spotting and whale watching. Her masculine interior styling by René van der Velden features cherry wood joinery with woven-leather accents. The seakindly round-bilge hull-with a long keel, bilge keels, and zero-speed stabilizers-assures easy motion and comfort in all sea states and at anchor. My Issue is a go-anywhere yacht with long range, providing total independence from the shore. Her construction, with steel hull and aluminium superstructure, includes watertight bulkheads, water-fog firefighting, and foreship reinforcement for Lloyd's Ice-Class 1D certification. 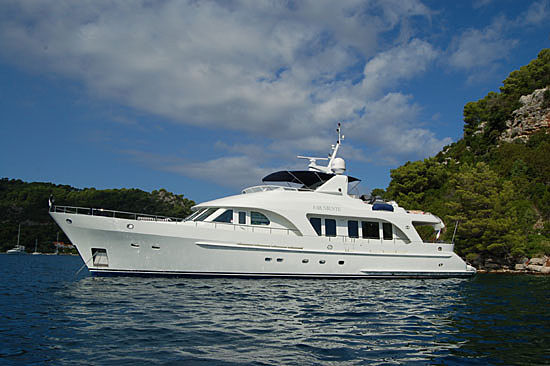 The Moonen 84, the second model after the Moonen 72 in the shipyard's evolving Displacement Series, was introduced to the world in 2002 with the launch of Mimi. As of today, eight have been sold. The sixth Moonen 84, Far Niente, is the first in the series to be extended 50 cm astern to include an extra fuel tank for assured transoceanic range. Her Art-Line interior, with similar fabrics and colours to the first Art-Line Moonen 84, Sofia, includes some modest client-driven changes to the owners' suite and guest cabins. Far Niente spent her first full season in the Mediterranean then headed across the Atlantic to cruise America's waters.

Moonen has recently launched the first two of its new Fast Yacht Series of "94 Alu" yachts, Nilo and Infinity. It currently has under construction the eighth Moonen 84, two Moonen 97 displacement yachts, a semi-displacement "99 Alu," and the Queen of the Fleet, the first Moonen 124.

21 January 2021 08:45
Fleet
Following Sunday’s fire in the Fort Lauderdale marina Bahia Mar, the 57.6-metre yacht W has incurred limited damage to her hull, as explained in a recent official stat...

25 January 2021 12:00
Business Fleet
Here we closely follow all developments regarding the coronavirus Covid-19 pandemic in relation to the superyacht industry and bring you the latest updates. If you hav...

22 January 2021 15:15
New-Build
The 50-metre yacht Project Sapphire is on track for her June 2022 completion date. Heesen, the builder’s behind the new yacht, say the superstructure and her all-alumi...