Organisers and exhibitors have all reported record-breaking results that make this year's Dubai International Boat Show (DIBS) 2007 the most successful edition in its history. Despite blustery conditions for the final days, nearly 25,000 visitors passed through the exhibition gates over the five-day event, in which 330 boats were on show, with several of the exhibitors selling their entire range of display vessels and many others taking a wealth of advance orders. Reports from exhibitors suggest that a total of US$148 million worth of boats, yachts, boating equipment and services were sold during the show. 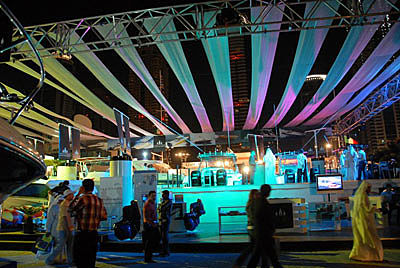 Helal Saeed Al Marri, Director General of Dubai World Trade Centre, organiser of Dubai International Boat Show, said: "Whenever I talk to exhibitors and visitors at DIBS, they comment that it's a great place to do business, particularly since it attracts so many people from across the region who are actively looking to make a deal. The early indications are that this year's exhibition has exceeded our expectations, driving sales past last year's recorded-breaking numbers."

UAE-based ART Marine displayed US$66 million worth of yachts, and at the close of the show announced that it recorded sales and advance orders for all of the yachts on display. The group, which was the largest exhibitor at the show with 27 yachts, now has customers waiting for the next line.

ART Marine's biggest success was the sale of the new flagship Azimut 103S Yacht within a day of its international launch at DIBS 2007. The advanced luxury yacht found a buyer shortly after the opening of the show, with strong competition for the chance to be the first in the world to own the high-end craft. 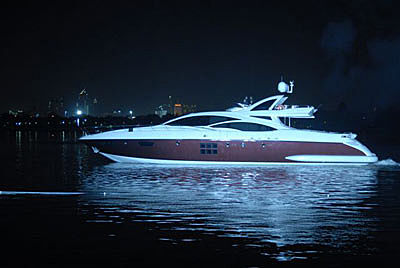 Other dealers also saw strong sales and major business opportunities. Emirates Yachting, the exclusive dealer of Bayliner and Trophy sports fishing boats in the UAE, sold 12 boats during the event, which included six of the ever-popular Bayliner 175 yachts.

Andy Sixsmith of Emirates Yachting, commented: "This is the second time that we have exhibited at the Dubai International Boat Show and once again we have enjoyed overwhelming sales. We have sold 12 boats and have orders for at least another 10 sales following the show."

Dubai-based Macky Marine was exhibiting 10 boats on its stand, including the Formula 40 and new Monterey 330 Cruiser, making a number of sales and key contacts.

ASIS, a manufacturer of fibreglass rigid inflatable boats, successfully sold five of its six boats on display, and received orders for a further ten, closing sales of over Dhs. 1 million within three days. First Marine, which started the event with 11 boats in the 20 foot range on its stand, sold nine with a combined value of over Dhs. 2 million.

Many of the exhibitors at national pavilions enjoyed an extremely successful show including the impressive British Marine Federation (BMF) pavilion, HISWA Holland Yachting Group and the German Boat Builders Association which were all present in the Luxury Supplies and Services area.

The DIBS Equipment, Supplies and Services Area enjoyed strong international representation with the UK's the Isle of Wight Chamber of Commerce exhibiting along with the Italian Trade Commission, New Zealand Marine Export Group and UBIFRANCE.

New innovations at DIBS have also generated strong returns. The decision to hold the Dive Middle East Exhibition (DMEX) alongside DIBS 2007 has boosted regional interest in the sport, according to diving enthusiasts.

"The show was a great success, with the live demonstrations proving particularly popular, as well as the lessons on discovery scuba, free diving and underwater communication. Interest in diving is growing in the Middle East, both on the part of international visitors and for people who live here, so the dialogue generated by this exhibition is hugely productive," said Ibrahim N. Al Zu'bi, Advisor to Emirates Diving Association.

Perhaps most importantly, this year's event has demonstrated to a global audience the major potential of the region's Gulf leisure marine industry, with international industry commentators predicting a glowing future, particularly as the current construction boom in marinas and waterfront property creates additional berths for yachts and leisure craft.

To recognise the important contribution that major developments are making to support the expansion of the marine industry in the region, Dubai World Trade Centre held a special ceremony to honour Gold Sponsor Dubai Maritime City, which will be the largest and the most comprehensive maritime complex in the world. 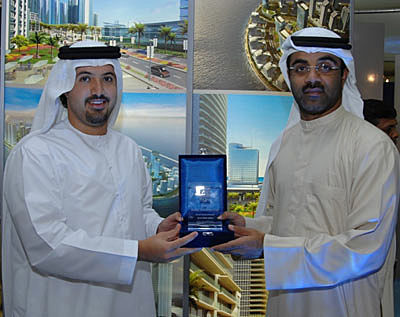