The Future Fibres team was in force in Palma for the Dubois Cup and The Superyacht Cup in June, both on the water and ashore, offering superyacht owners advice on upgrading their standing rigging to PBO. Sample presentation boxes containing short lengths of stainless steel rod rigging and PBO rigging proved an effective way to demonstrate the weight savings gained with PBO – and the Future Fibres sales force were almost redundant as one influential owner came back for more samples to convince to his fellow superyacht owner friends to make the switch… 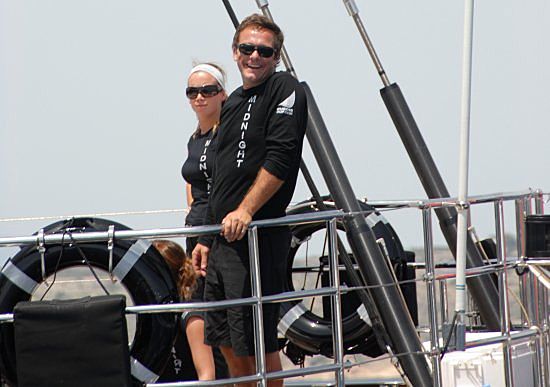 Future Fibres CEO Tom Hutchinson who was racing aboard the Dubois-designed Midnight, winner of the Dubois Cup, says “We congratulate the organisers and competitors of both events and are proud to have been sponsors of The Superyacht Cup and have committed to the event for three years. We had a lot of interest in our rigging, the superyacht industry is clearly convinced as to the benefits of PBO – especially since Future Fibres PBO cables have now received Germanischer Lloyd approval”.

An impressive 15% of the yachts racing were already rigged with Future Fibres PBO, however a fair number remain ripe for conversion as their rods become due for renewal. Jerry Turner, senior naval architect at Dubois Naval Architects (probably the most prolific and respected designers of performance superyachts) commented that, after a few years of close observation of PBO’s performance, “…in general of course it is the way ahead just as carbon rigs have become the norm and there will be a rapid take up of PBO. In 10 years time we will be wondering why we were sailing with the equivalent of propeller shafts up our masts!”