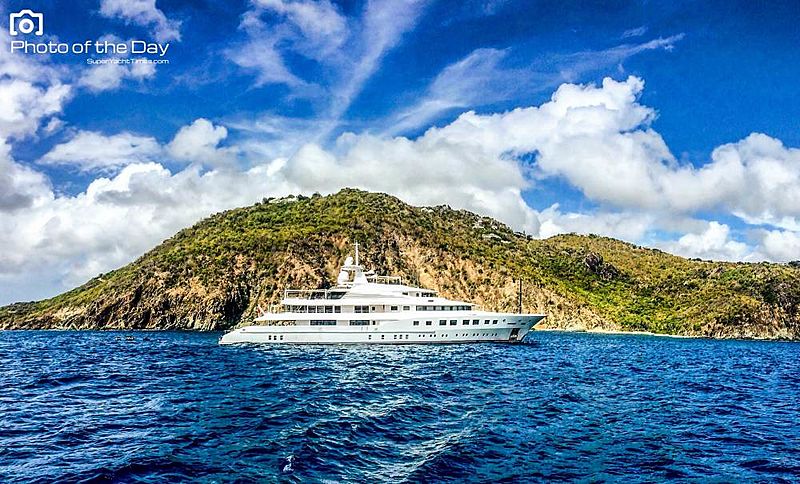 Having made her way over to the Caribbean after a busy summer’s season last year, her is the 72.5-metre motor yacht Axioma at anchor off the island of St Barths. The Turkish-built yacht was launched in 2013 and presented for the first time at the Monaco Yacht Show later that same year. The yacht accommodates 12 guests in a master and five double cabins, two of which are convertible into twins. She features an exterior design by Sterling / Scott and a beach house-style interior by the legendary late designer Alberto Pinto that contrasts natural woods and luxurious flourishes.

The 72m superyacht Axioma in Marseille