The refit season for Monaco Marine La Ciotat is already well underway with the yard enjoying a high occupancy rate and a particularly dynamic level of activity for this time of year. 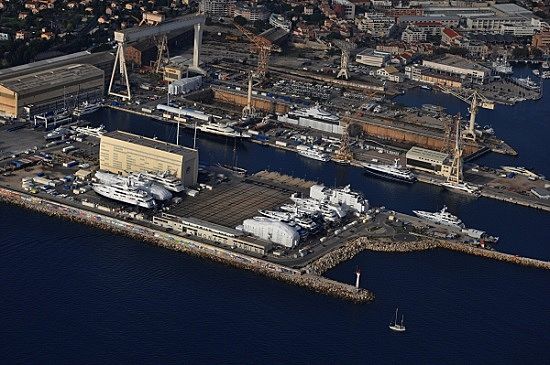 Indeed, Monaco Marine La Ciotat, specialist in super and megayacht refits, has delivered three major projects since early September: MY 360, MY Zita and MY Kolaha.

The superyacht Zita came to La Ciotat for an express yard period to improve its stabilization system with integration of zero speed technology. Her captain, Stanley Benngård, commented on the stay at Monaco Marine La Ciotat: "We had a particularly short timeframe for these works and Monaco Marine rose to this challenge successfully. They were quick to respond, professional throughout the project and within the set budget, all qualities we look for in a service shipyard. "

With no less than 16 projects underway, the shipyard is working full throttle on a variety of refits from complete paint jobs, stabilisation, regulatory inspections, mechanical works, interior refits:

In the coming months, Monaco Marine la Ciotat will deliver several major paint works, an important part of its business at the site which has the largest paint shed in southern Europe (90 metres long, 25 metres wide and 32 metres high).