The Government of Antigua & Barbuda and Digicel recently launched cutting-edge Fourth Generation Long Term Evolution (4G LTE) technology to 85% of the population of the twin island state. The Government and Digicel are partners in a collaborative project which will provide yachts with faster broadband than in almost any cruising ground anywhere else in the world. e3 Systems are assisting with advice on positioning the land mast location and the design of yacht specific service contracts. 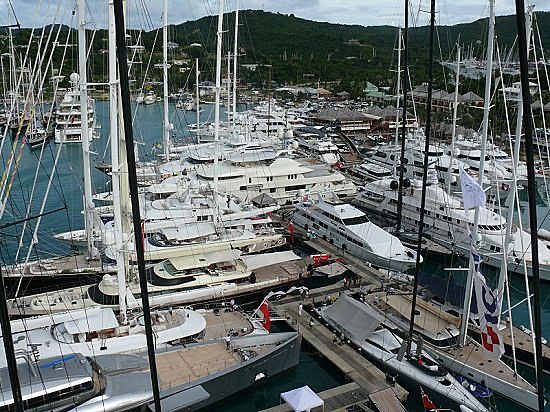 Roger Horner, e3 System’s Group Managing Director attended the launch presentation held at the Sandals Grande Resort. The presentation was given by Victor Corcoran, CEO of Digicel Antigua and the Honourable Dr Edmond A. Mansoor, Minister of State for Information, Broadcasting, Telecommunications, Science and Technology with remarks made by the Minister of Finance and the Prime Minister.

The Government has made the coverage for yachting, resorts and hotels an important feature in their strategy and all the yachting areas will be covered in the first phase. 4G LTE is a version of 4G and is 3 to 4 times faster than other implementations. It is hundreds of times faster than 3G.

Every yacht, sail or motor and of any size, will be able to have access to a real world speed of 10 Mbps enabling a new world of video calling, streaming, and data transfer that in the past has only be available to the extremely large yachts using VSAT at enormous expense. 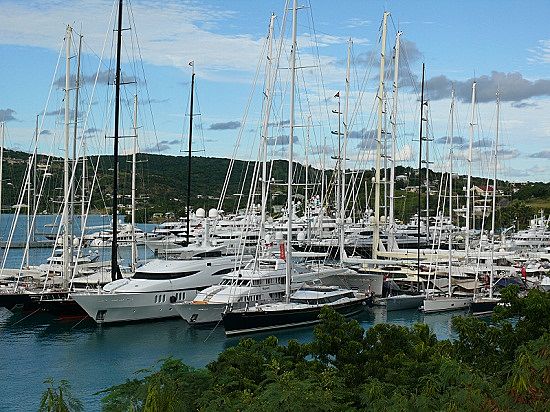 Currently there are no plans to install 4G LTE in any of the other islands in the Caribbean.

Roger Horner commented: “The planning and development of 4G LTE in Antigua is of major interest to us as communications is our business. Antigua, like all the Caribbean islands, has poor wireless communications technology, and we know because we have an office there. We are designing yacht specific service contracts, based on our extensive experience of designing communications contracts for yachts in the Med. High speed communications will make Antigua an even more attractive option for the Caribbean yachting season. We plan to eliminate the chance of “Bill Shock” by offering roaming for an inexpensive fixed fee on the other Digicel networks during the winter season of 2012 to 2013. Roaming will be limited to about ten other islands initially but this will grow as the HSPA+ technology is more widely implemented around the other islands.”

e3 will announce further details as the development progresses and aim to showcase the service at the Monaco Yacht Show followed by a joint launch with Digicel and the Antigua and Barbuda Government at the Antigua Charter Show in December.