The Earthrace Project is presently making plans to visit up to 40 European cities during an upcoming promotional tour covering the next 8 months. The showpiece of the tour is a revolutionary and spectacular-looking, biodiesel-powered boat – simply called Earthrace. 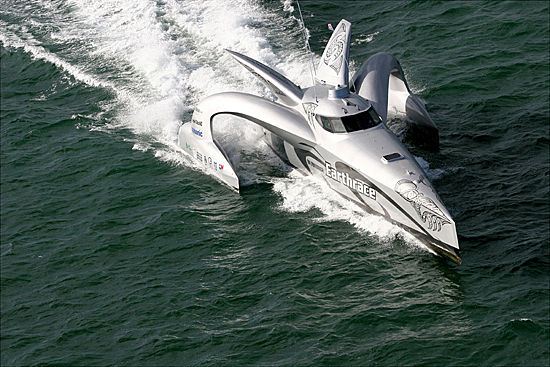 Earthrace was built to attempt to break the world record for circumnavigation of the globe by a powerboat. Earthrace began its record attempt on April 7 from San Diego, California with the goal to finish in San Diego on or before 21 June 2007 to break the record of 75 days – set by the British boat Cable & Wireless in 1998. However the boat suffered storm damage just prior to arriving in Malaga, Spain and was forced to abandon the attempt. Earthrace was on track to break the record prior to withdrawing from the race.

Earthrace crew is presently considering another attempt at the world record for March 2008.

The purpose of the upcoming European promotional tour is to promote the awareness and use of alternative fuels such as biodiesel. During each stopover the public will have chance to meet the crew and step aboard the Earthrace vessel.

The boat’s skipper, Pete Bethune, believes that Earthrace has a great opportunity to nourish and grow the European biodiesel industry, as well as to advance biodiesel as a genuinely viable alternative to petroleum diesel. 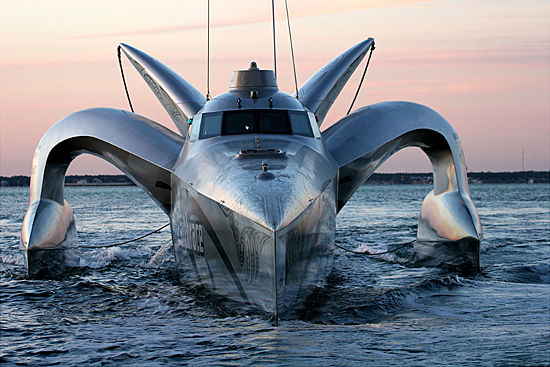 Bethune said “The vision of a world using fuel produced from sustainable sources is an idea whose time has come. By demonstrating the power, reliability and environmental safety of biodiesel, Earthrace is committed to transforming this vision into reality”.

Earthrace will be visiting a mix of major port cities as well as small port towns – examples of some early stopovers being:

Earthrace will likely begin its promotional tour in late June in Cork, Ireland, but will make an announcement closer to the time.