Australian superyacht builder Echo Yachts has released the first official renderings of both projects that are under construction at their Henderson facility. The yard is building an 84 metre Trimaran superyacht, due in 2017, and a 46m catamaran support vessel, due in the first quarter of 2016. Both projects are under construction for the same owner, with many years of ownership experience. 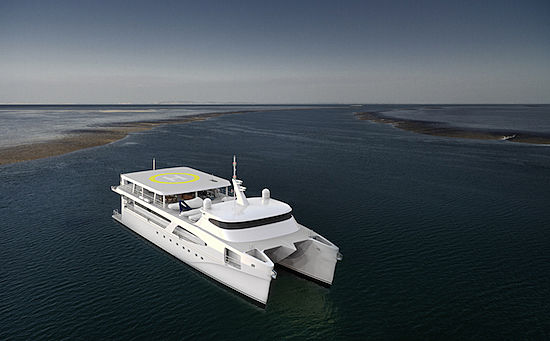 The 46 metre fibreglass shadow vessel, designed by LOMOcean in New Zealand, will be used as a support vessel for the 84 metre superyacht. Once completed, she will carry a fleet of 11 watercraft including a 12 metre catamaran. 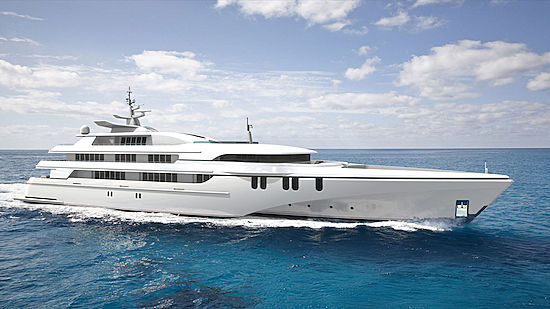 The 84 metre Trimaran superyacht, designed by Sam Sorgiovanni, will be the latest in a long line of superyachts built for her owner and is the culmination of his many years experience. Judging by her looks, we expect that the yacht is under construction for the owners of the 61 metre White Rabbit, although this has not been confirmed by anyone involved in the project. 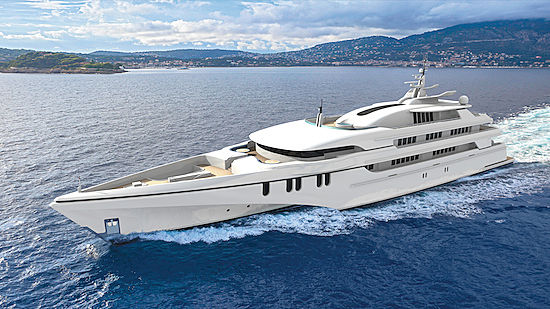 The yacht's tri-hull configuration allowing for a 20 metre beam, will accommodate a vast deck expanse and palatial interior spaces. Amongst her features are a luxury 4-stop guest elevator by Lift Emotion, using all the latest technologies such as frequency control.