The Ocean Independence Group has announced the appointment of Edward Pegan as Director of Business Development of the companies yacht management division, Ocean Management. 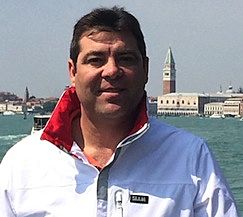 Joining Ocean from BWA Yachting, where he was instrumental in the founding and growth of the company, he will, in this new role, initially focus on exclusive berth agreements with marinas along the Ligurian Coast, as well as new customer acquisition for Ocean Management. In natural synergy with this he will also be involved in the direct promotion and marketing of the Ocean brand and creating new business relationships for all divisions of the company.

Edward has an accomplished commercial and yachting background, with close to 20 years business experience. Born and raised in the American Mid-West in Cincinnati, Ohio, Edward’s rich business history began with a degree in speech communication & business statistics from Miami University, leading to several years in healthcare consultancy in Manhattan, New York, before moving to Europe in 1999.

Then in Venice, Italy in 2000 he was involved in setting up JLT yacht agency and later BWA, which as one of the creators, directors and the commercial manager he helped grow from the roots up through partnerships, mergers and acquisitions, developing the company into a multi-national organisation.

In 2013, Edward then decided it was time for a fresh challenge and is “very excited to be joining the growing international team at the Ocean Independence Group”.