Home > News > Ellix Too off Monaco 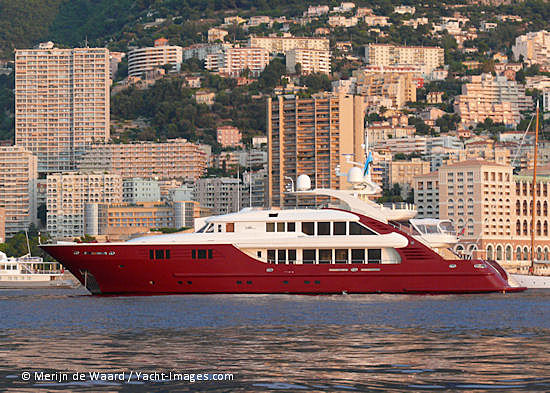 The ISA 470 Ellix Too pictured off Monaco during the 2008 Monaco Yacht Show. The 47 metre superyacht was built by ISA Yachts in 2004 to a design of the late Walter Franchini. The red hulled superyacht was the second in ISA’s successful 470 series. Ellix Too is owned by a lady from Venezuela and can often be found in the Western Mediterranean.