Cannes, the Croisette, the sea and a brand-new 43 meter yacht ready to make its world debut: the perfect ingredients for an unforgettable celebration. The occasion was the official presentation of the first yacht of the new CRN 43 line, the Emerald Star. 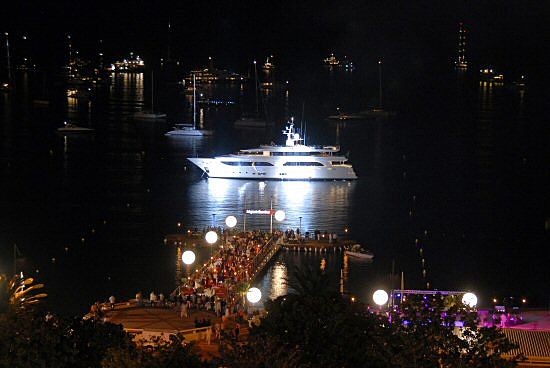 A select group of roughly 400 guests were on hand last 14 September, at the “Gala sur la mer”, for an exclusive party held by the CRN Shipyard on the beach of Hotel Majestic Barrière di Cannes. Hosting the evening’s festivities, which were organised in collaboration with Toywatch, was the MTV Vj Kris Grove. The party got underway with an aperitif of champagne and sushi, and it continued with words from CRN Chairman Lamberto Tacoli and from Gianni Zuccon.

On hand for the event was the entire top management of the Ferretti Group and its various brands, including Chairman Norberto Ferretti and Managing Director Vincenzo Cannatelli. Making the atmosphere even more inviting was the trio Smoma and its high-energy jazz music. But the key figure at the event was Emerald Star, docked just a few metres from the beach and, as the party reached its climax, suddenly lit up in all its splendour. 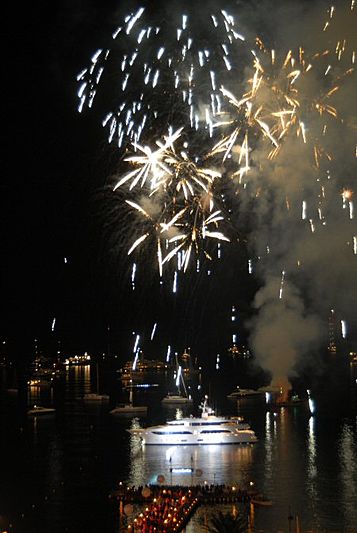 Framed by the dark of night, the majestic silhouette of the Emerald Star, kept hidden up to that moment, was flooded with a vibrant lightshow, charming the guests like a truly regal hostess. And in the background, to celebrate the worldwide unveiling of the yacht, a magnificent fireworks display was set off, sending fountains of light and a multicoloured rain to light up the sky above the massive, white, 43 meter hull.

It was a proud, stirring moment for those on hand, who had come to Cannes from all over the world. Some of the owners, of the six CRN 43 yachts already sold, made the trip to the Riviera to see what their yachts will look like in the water. 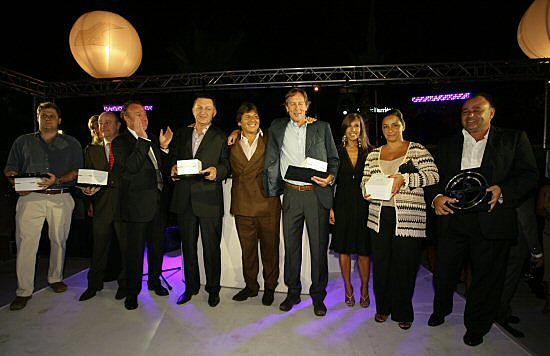 At the end of the dinner Lamberto Tacoli announced that awards would be given to the dealers who had already sold the first 6 yachts of the CRN 43 line. Presenting the awards were Ms. Mara Mavilla, President of Toywatch, and Vasco Buonpensiere, Sales Director of CRN. The shipyard also received a plaque from RINA certifying that the CRN 43 represents the largest pleasure craft built from composite materials, in compliance with RINA’s strictest rules of classification for commercial yachts.