Dykstra & Partners from Amsterdam took on the job for a repeat client to design the replica of this biggest J ever built to date. Endeavour II will be built in Alustar with a Carbon mast at Royal Huisman Shipyard, not a stranger to the J-Class yachts. In 1989 J-K4 Endeavour was re-built at the yard in Vollenhove. Dykstra & Partners were also responsible for the design work of this re-built. Endeavour II will have a Pieter Beeldsnijder interior. Design and building of Endeavour II will be according the maximum performance rules of the JCA (J Class Association). She will be the first new J to be built in The Netherlands.

In the past Dykstra & Partners oversaw the design and re-design for refits of the J-Class yachts in the current racing field, Shamrock V, Velsheda, Endeavour and Ranger. 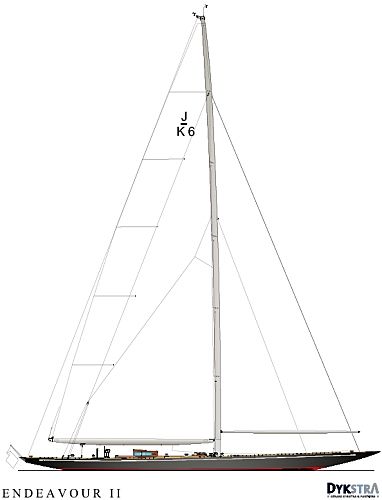