One of the most technically‐sophisticated superyachts ever launched has just completed sea‐trials and is now being shipped to the Mediterranean. The creation of this groundbreaking vessel was entrusted to three leading names in the area of high‐performance yachting; designers and naval architects Humphreys Yacht Design, builders McMullen & Wing and composite engineers High Modulus. 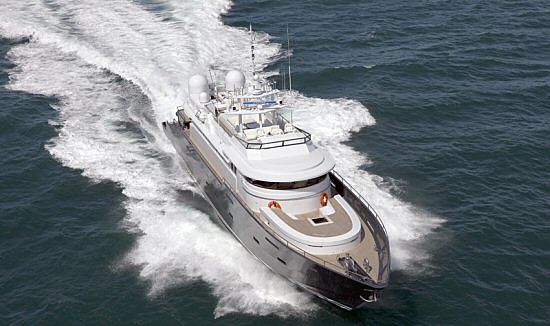 Ermis2’s apparently simple design brief of ‘safety, seakindliness, speed and comfort’ understates the fact that the owner was looking for a superyacht capable of speeds normally reserved for the powerboat racing circuit; the capacity to be driven hard in the kind of weather conditions that see most other owners remaining snugly in port, and yet with all the comfort needed to entertain family and friends.

In an Owner‐driven quest to minimize the weight of the yacht without sacrificing strength and toughness the three parties pursued an aggressive weight audit of all aspects of the vessel, a detailed programme that would be more familiar to a round‐the‐world racing campaign than the average motor yacht design commission. In construction terms the boat was highly advanced – to use High Modulus’ words, "a boat that truly represents the current state of the art … one of the highest technology luxury motor yachts ever built".

After detailed investigation of the construction options McMullen and Wing were tasked to build the boat in advanced carbon composites, and they rose to the spirit of the challenge by electing to build a one‐off female mould for the hull to allow for efficient vacuum‐infusion, a process which ensures excellent laminate consolidation. A significant amount of analysis, test‐panel manufacture and destructive testing was carried out to optimise the structure, and a particularly significant decision was to go with a sandwich bottom shell panel rather than a solid carbon panel – not only a lighter choice but as it turned out a tougher one as well, giving the boat significantly more resilience. 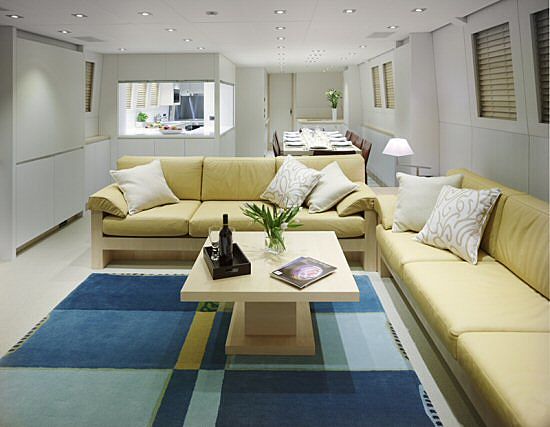 In their extensive tank testing and R&D work, the Humphreys office felt that the commercial standard vertical acceleration of 1g was not adequate to define this particular vessel and its usage, and through wave‐testing analysis they established a design threshold of 2.2g which Humphreys instructed Germanischer Lloyd to use as their plan‐approval benchmark. So the term ‘light but strong’ gained an added, self‐imposed poignancy, amplifying the challenge posed to the composite engineers and the builder. Given this, the achieved lightship displacement of less than 100 tonnes represents a huge success and the general approach has been spectacularly vindicated in recent trials, with initial speeds in the 55+ knot range being achieved and promise of further increase given more optimisation time. However, even despite this performance, Ermis2 has proved to be extremely comfortable and surprisingly quiet even at speed and the systems are configured to allow the boat to remain absolutely silent through the night, free of generator hum.

In general style Ermis2 is intended to have the feel of a functional, working yacht rather than a glitzy showstopper, one that belongs at sea rather than in a boutique marina. 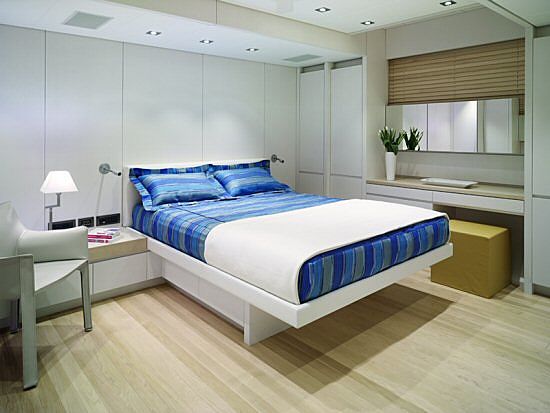 Humphreys worked to develop an external style that sat well with the utilitarian aspects of the brief – with form essentially following function ‐ and knowing that the boat was capable of exceptionally high speeds was enough without making the inference of speed a flamboyant style statement as well. This understated philosophy was carried through to the interior design, with Jo Humphreys working closely with the Owner and his family to come up with a really comfortable, light and bright interior, with carefully crafted white‐painted timber panelling emphasizing the natural light and creating an easy backdrop to the more vibrant colours of the fabrics and furnishings. 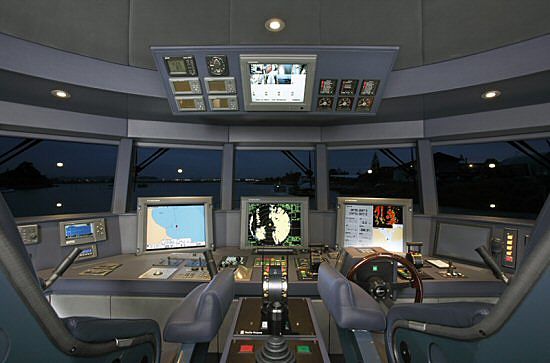 Despite some very ambitious intentions Ermis2 has delivered, and the Owner’s observation on completion of his acceptance trials was a measured, ‘All our objectives have been exceeded’.

Ermis2 has been nominated in two categories for the World Superyacht Awards, and has a further nomination in the 2008 Showboats Award for Best Semi‐Displacement Yacht under 40 Metres.