Well known Monaco based superyacht designer Espen Oeino and Hanseatic Marine, the Australian shipyard who graced fame with their first launch M/Y Silver, have joined forces again, but this time for something completely different, a 77 metre fast support vessel YS1. 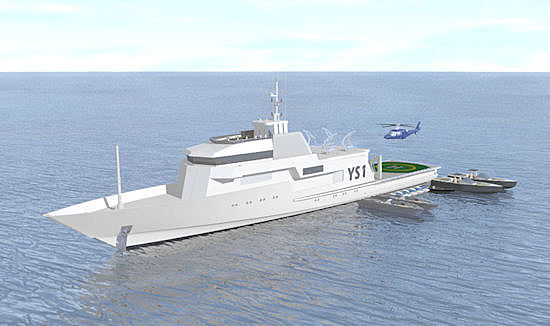 We have seen several different support vessels accompanying superyachts, however this new concept has several advantages. Being a fast vessel, she will be able to leave later than the mother ship and arrive again before the mother ship does, so guests can immediately make use of the tenders and toys.

But that’s not her only advantage according to her designer Espen Oeino, “In addition the fast support vessel is very fuel efficient and therefore ecological in operation at intermediate speeds. In addition, the vessel features low draft, making it possible to get very close to the shores”.

The YS1 is still in the concept phase, but will able to carry a full array of tenders and toys. The vessel is designed for operations with large helicopters (AW 139, S76 etc.) including a dedicated hangar for protected storage when in transit. 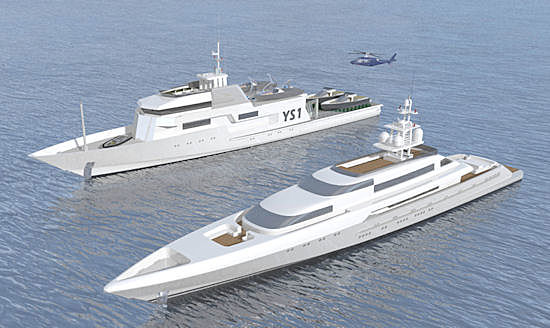