After launching one of its largest yachts to date in Kaag, the Netherlands last week, Feadship revealed details about the new Project 814 which remains unnamed at the moment. Currently in a semi-completed state, the vessel is yet to receive several key parts of her exterior according to the builder, such as balconies and wing stations which will be placed over the coming months. 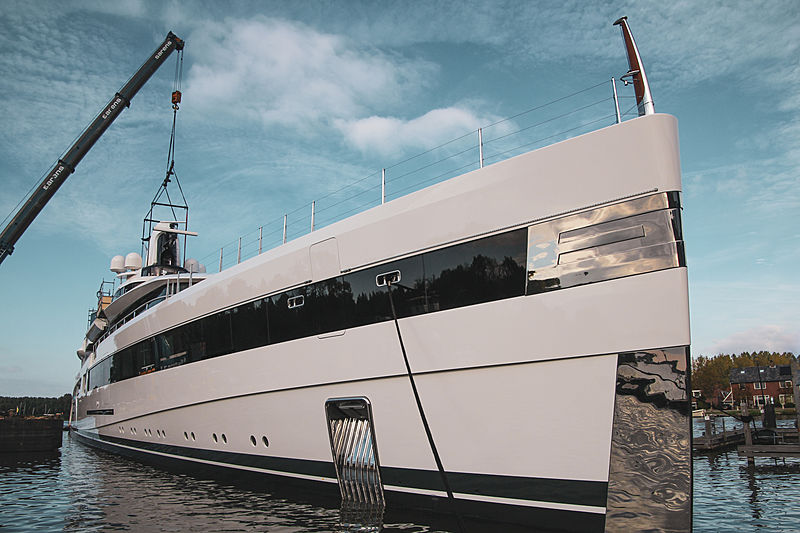 The owners of the yacht worked with designers Michael Leach and Reymond Langton on the exterior and interior design of the project respectively, described as a ‘beautiful and contemporary and jewellery box’ by Feadship. Burgess brought their new build and management expertise to the table of this project which is over five years in the making. 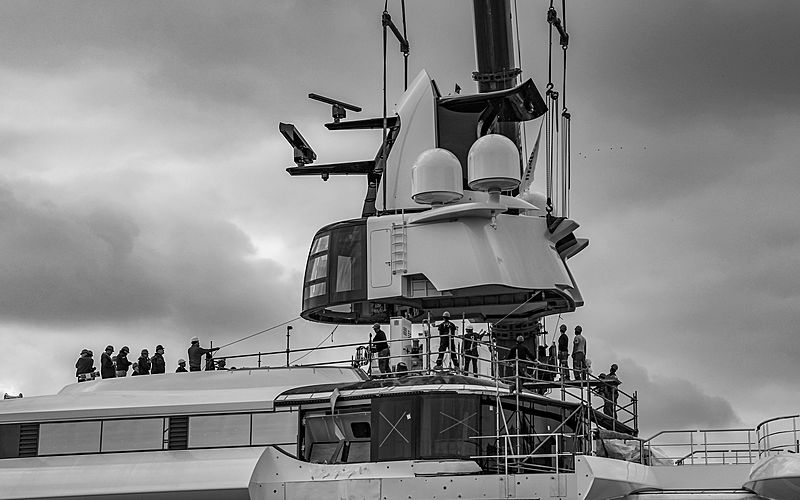 Some of the features onboard 814 include a fully-certified helipad on the upper aft deck and four luxurious VIP suites inside. A highlight for guests will be the dual-level IMAX cinema that is installed on board for a next-level entertainment experience. Outdoor spaces have been designed to facilitate activities such as soccer, basketball and golf, amongst others.

Project 814 will remain in the Netherlands over the coming winter months undercover and is expected to make an appearance again in the spring of 2019 when she will embark on her maiden cruising season.