Established in 2004, Imperial Yachts has rapidly grown over the past 12 years to be one of the most well respected full-service brokerage companies in the industry. Offering a 360 degree service to a number of high-profile clients all over the world, just some of their most notable new build projects over the past few years include the flagship of the Imperial fleet, the 82-metre Abeking & Rasmussen-built RoMEA, the 60-metre iconic Amels-built Event, and the 73.5-metre Nobiskrug-built Flying Fox(ex: Graffiti). 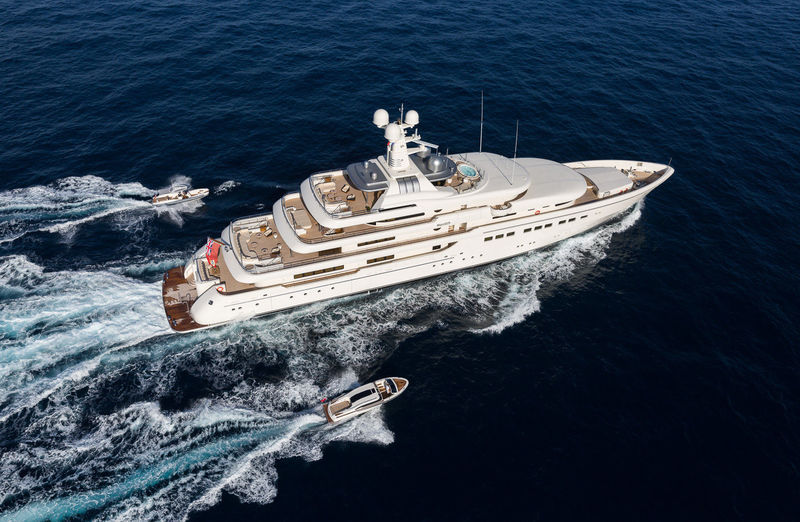 Imperial have tantalisingly commented that the superyacht deliveries they have scheduled for the foreseeable future are certain to constitute some of the major launches of this decade - ensuring a busy period ahead for the 50-strong Imperial team in both Monaco and Moscow. Here we talk to CEO, Evgeniy Kochman, and Director, Julia Stewart, in a rare candid interview about the philosophy of the Imperial Yachts brand, their insights into the state of the superyacht market, and why Imperial are confident that the future of superyachts lies in the 200+ metre segment.

Imperial Yachts is a family owned business. Tell us more about how the responsibilities are split between you.

Evgeniy:
Being family-owned is an important element of Imperial, actually. For our clients, it gives another element of trust to what we’re doing. With a family business, you’re putting your name on the line, and responsibilities are all yours, together. I’m CEO, and Julia is the Director and is responsible for the legal part of the company. Julia is the tough one.

Julia:
I think the most successful family business is a business where all responsibilities are ultimately divided between everyone. It’s a more productive business model. So I deal mostly with the running of the Monaco office which is the heart of our operation. We deal a lot with the legal structures, the contracts, the issues of the VAT, the import, the exports, and the relationships with the banks, which are hugely important. We also deal with recruitment and other new trends. 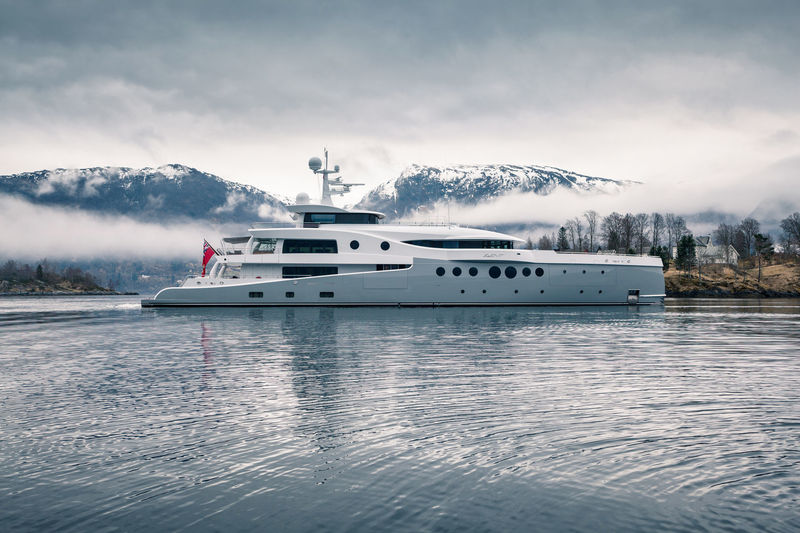 Tell us the Imperial Yachts story.

Evgeniy:
We started in 2001 in Russia with much smaller boats. From the start, we experienced quite a lot of success, because when we opened our doors there was a growing market in the country. We opened up with the Regal yachts from Azimut. In just a couple of years’ time, we were selling up to 30 boats per year. It was really booming and we were in a unique position.

I then decided we needed to develop our business of yacht distribution in Russia, so we looked at Princess. In Russia, something produced or manufactured in the UK holds more weight that Britain's neighbouring countries. We started distributing Princess’ yachts, and we quickly became one of the biggest distributors in the Princess family. In the best years we were selling up to 40 quite big boats.

In 2005 we had grown so much that we had to develop our business to meet our clients’ needs. We decided to offer a full management service, and that’s how Imperial was born. We’re different from other companies in this way, as we’re actually more of a management company, with brokerage as part of the service we offer.

Imperial Yachts is quite mysterious to the average industry professional. Do you like to keep it that way?

Evgeniy:
Yes, well, this is the first interview we’ve ever taken actually. I don’t really like interviews…

Julia:
And, of course, discretion is key in the business. But people know that we have a wonderful reputation and that we’re one of the best brands on the market, the mystery is the who, how, what and why behind that.

If we look at Imperial’s track record, there are a lot of new build projects and brokerage sales were you represented the CA. Is new build something your clients are typically very interested in?

Evgeniy:
Yes - we grow with our clients like parents with babies. They do tend to like new build projects and that is reflective of one of our strongest qualities, the fact that we have a lot of knowledge regarding construction and that we competently manage these boats once they’ve been delivered. In the past 12 years, only two clients have left us for another well-respected company. They returned to us after a short while - they know the difference in service is insane! 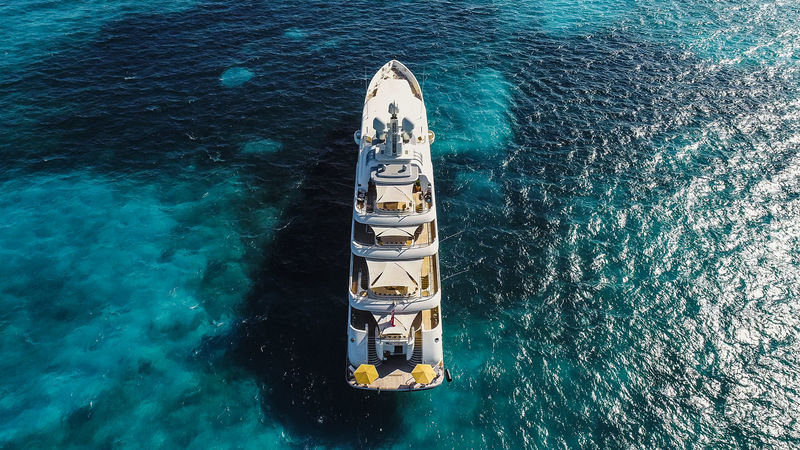 You have sold a lot of Amels projects. Is the Amels model of building on speculation particularly interesting to you because of these demanding requirements from you clients?

Evgeniy:
Damen and Amels both have a great business model in which they build very good, very high-quality yachts. We’ve focused on Amels because we’ve visited the yard and in terms of price, quality and delivery times, they’re one of the best shipyards out there. We have excellent relationships with all Dutch and German shipyards.

Superyachts are getting bigger and bigger each year, and there has been a substantial amount of talk regarding the development of 200+ metre projects. What’s your view on this size range becoming a reality?

Evgeniy:
We’ve seen that our clients are definitely growing, and yes, the market in general is growing. If somebody told you 10 years ago that you would see the amount of vessels that there are on the market today, they wouldn’t have believed you, but these deals are happening. The middle-sized yacht has jumped from 60 to 90-metres. In 10 years or so there will be a lot of deals happening in the 200+ metre market.

Do you think that is realistic?

Evgeniy:
Yes, I will make it happen. That is our target - we’ll make sure we invite you to the first launch of the 200-metre Imperial yacht! But seriously, we are finding more and more clients who are seriously interested in going to this size, so yes I do think it’s realistic. We have a target to make this a reality within the next 10 to 15 years. We need to move the world towards another direction.

Lürssen is the obvious choice, but are there other shipyards where you would consider undertaking such a project?

Evgeniy:
In regards to infrastructure and the ability to manage a project of that size, I think that, at the moment, Lürssen is the only yard truly capable of executing such a project. We’ve worked with them since 2009. Peter Lürssen has this incredible energy and could definitely manage yachts of these sizes. Of course, many yards in Italy could also say that they could do it, but I don’t think I would advise a client to go anywhere but Germany for this scale of a project. 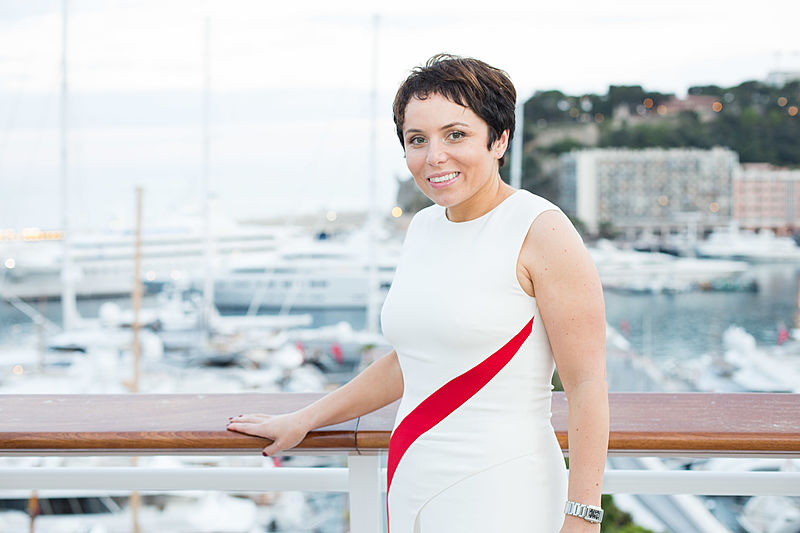 Is the 100+ metre market difficult?

Evgeniy:
I don’t think it’s a difficult market. These days it’s a good investment, and the very wealthy people who purchase these boats do not want to wait. If it’s the right project with the right shipyard and the right design and specifications, you will be successful. Look at the recent sale of the Fincantieri boat, which after four years of usage was sold relatively quickly. The owner did not want to wait for five years to enjoy his new boat.

Do you think some shipyards should build 100+ metre projects on speculation?

Evgeniy:
I do not think that many of these shipyards have the financial resources to really put that into action. So no, I would not recommend it. I would tell them to use Imperial Yachts!

With your extensive knowledge of yacht construction, would you ever consider starting your own shipyard?

Evgeniy:
I can tell you, more or less every client of mine has said to me, ‘Evgeniy, let’s run a shipyard. You are doing so well, let’s do it.’ Running a shipyard is a very difficult business with a huge financial risk which is determined by the state of the economy, which will go down again eventually. It’s obviously nice to buy yards when the economy is growing, but we see that the worldwide economy is not so good currently.

So at the moment, we’re not ready to be a shipyard. We need to concentrate on what we are doing, and there are some areas of improvement - which of course is natural. If anyone ever tells you they are the best, run. 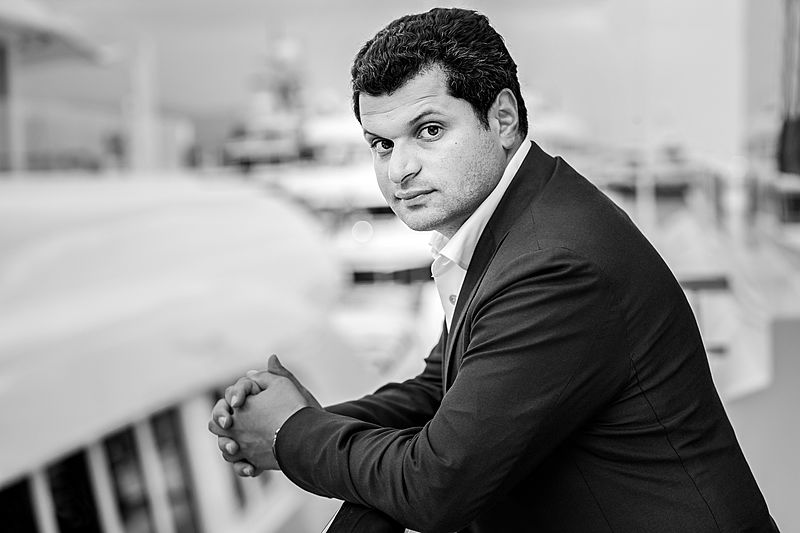 Where do you see the superyacht market headed in the next five years?

Evgeniy:
I think from an exterior design perspective, we’ll see some very interesting projects. Ten years ago everything looked the same, more or less. Now we see some real stand-out exterior design features. It’s very niche when something is so different to the others. Sizes of the projects will also definitely be bigger. There’s a trend we’re seeing at the moment from a certain group of people in larger and larger gross tonnage.

Can you shed light on some of the projects that are currently underway at Imperial?

Evgeniy:
We’ve got a lot of projects in Holland at the moment and we have a few projects in build which will be coming very soon… actually, every year for the next five years. They’re all big projects of 110-metres and upwards.