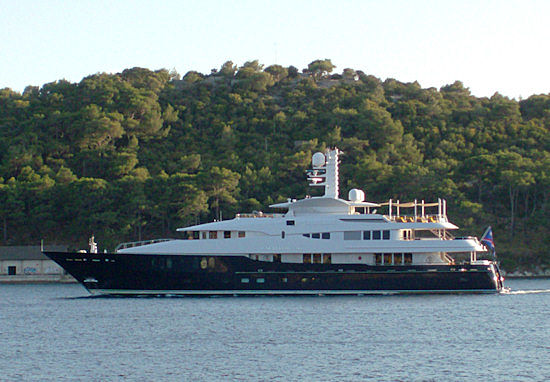 The 57 metre Excellence III pictured off Malo Losinj on 25 July 2009. Excellence III was built by Abeking & Rasmussen and features exterior styling and interior design by Donald Starkey Design. Her owner previously owned two Feadships and also commissioned the 78 metre Eminence, however she was sold before completion. The owner is now building his third yacht with Abeking & Rasmussen, Excellence V.