An exciting first day of the fourth edition of the Perini Navi Cup came to a close with the Maltese Falcon leading the overall classification. The regatta, which sees the spectacular fleet of sailing yachts from the Perini Navi shipyard race off Sardinia’s Costa Smeralda, is organized by the Yacht Club Costa Smeralda and is taking place from 1st through 4th September. 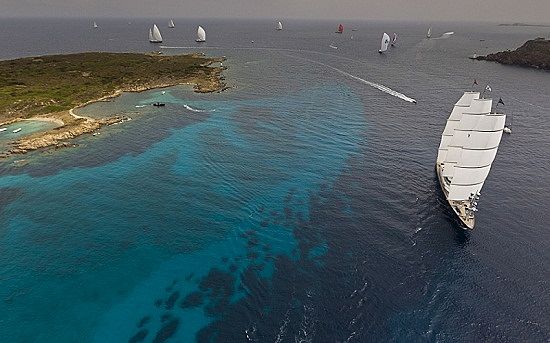 “It was a great race” commented Chris Gartner, Captain of The Maltese Falcon, “and despite the light air it was a great start. We completed the course as quickly as we possibly could and the whole crew did a great job, it was a great team effort.” 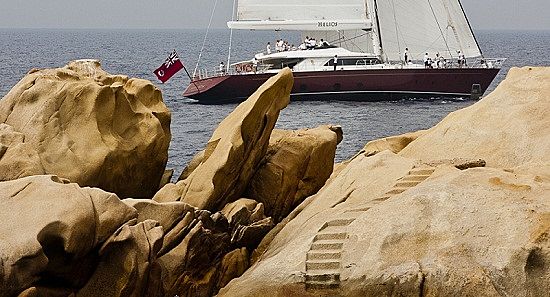 Veteran America’s Cup sailor Dawn Riley, tactician aboard the 45-metre Helios – which has Suzy Leech as navigator – was also enthusiastic: “We came third today so it was a good result and we had a lot of fun; the sailing is always beautiful in Sardinia. At one point we had a pretty tight situation with Persifal III between two rocks which they won out in the end. Every single person on board helped out today so it truly was a team effort.”

The 13 sailing giants that took to the starting line off Porto Cervo followed a course of approximately 13 miles that took them through the strait between the mainland and Isole delle Bisce island before heading north to round Monaci island and heading homeward. A cloudy sky and 7 to 9 knots of easterly breeze which built to approximately 12 knots by the end of the race characterized this first day of the event. 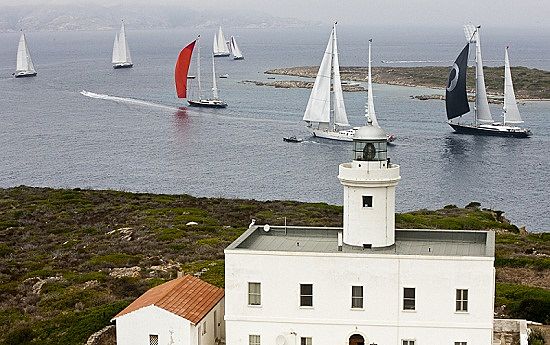 Parsifal III was the fastest yacht in real time, finishing in just over 1 hour and 41 minutes however the 53.8-metre hull moved to second place on corrected time. 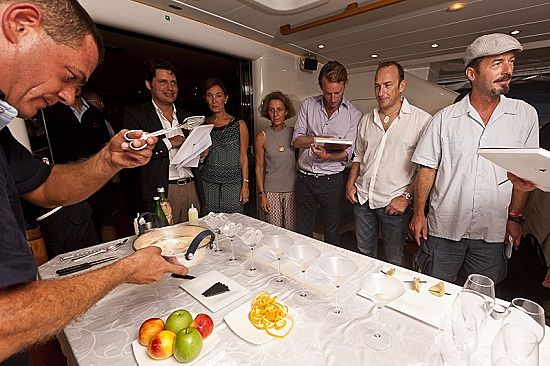 Owners and guests took part in an on-board cocktail competition while the busy social programme continues today with the Rolex owners’ dinner at the YCCS Clubhouse.