The last race of the Falmouth J Class Regatta took place in perfect sailing conditions; approximately 22 knots of wind and sunshine. The required results needed for each boat promised an exciting race as the regatta was Velsheda’s with any result except a Ranger win. Saturday’s cancellation meant that each boat’s best three results were required from the fleet’s four races. Velsheda was on 2 wins and 1 second, Ranger on 1 win and 2 seconds. A win for Ranger would see her on equal points with Velsheda and the result of the final race would be the decider. 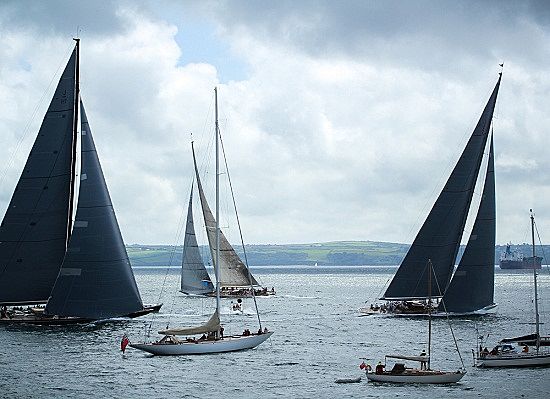 Another very close start saw the four Js cross the line within seconds of each other. Unfortunately, Rainbow was just a second too fast again and had to turn and re-cross the line before continuing her race. 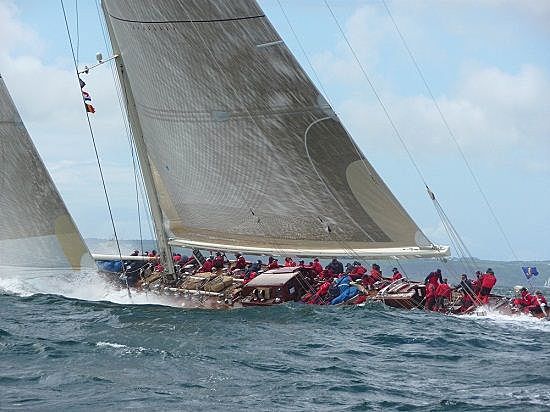 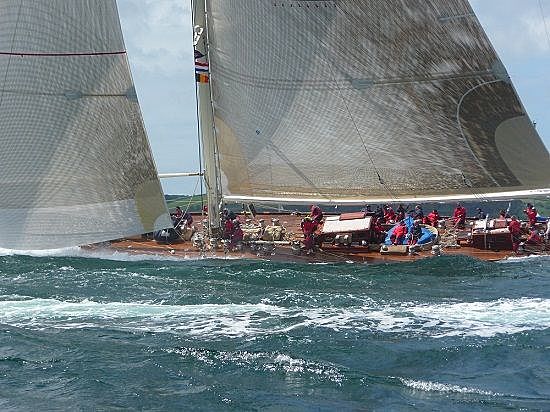 At the first leeward mark, Lionheart rounded first, Velsheda second, and Ranger third. Rainbow was some distance behind but narrowing the gap. 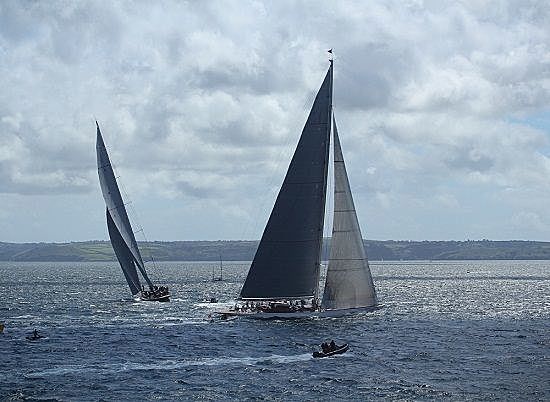 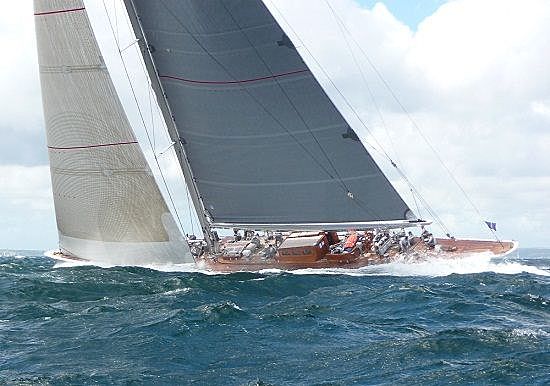 After a long beat in a strong breeze, Lionheart arrived at the windward mark with a good lead over second-placed Ranger. Velsheda rounded the top mark in third with Rainbow close on her transom. Unfortunately, Rainbow’s spinnaker slipped into the water off the leeward side and filled with water, forcing her to round up into the large spectator fleet. 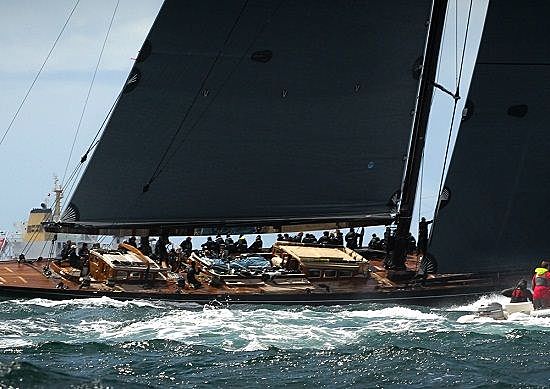 Following a long battle to recover the spinnaker, Rainbow retired from the race. If Falmouth is anything to go by, Rainbow will be a real contender in the Solent; she’s a very quick boat and the newly assembled crew will have learned a lot from her first four races. 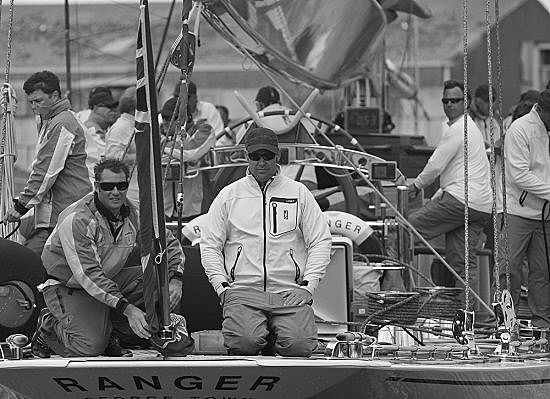 The other three raced on, making great time on the downwind leg. Lionheart led, with Ranger close behind, and Velsheda in third. The boats kept these positions for four more marks, right to the finish line. 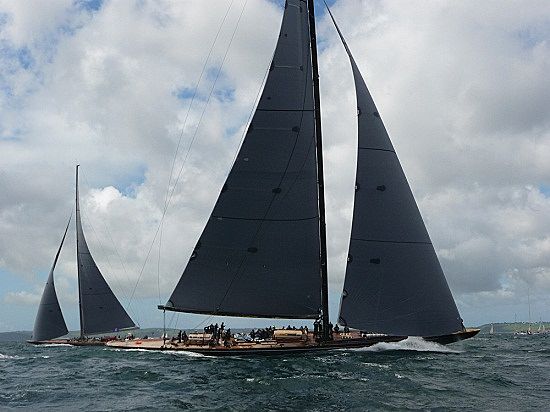 Lionheart did extremely well to take line-honours against the highly experienced Ranger and Velsheda. However, the final result was Ranger in first and Lionheart in second after Ranger’s corrected time put her just 35 seconds ahead, leaving Ranger as the overall winner of the J Class Falmouth Regatta. Velsheda wins the Corinthian Cup for best amateur helmsman. 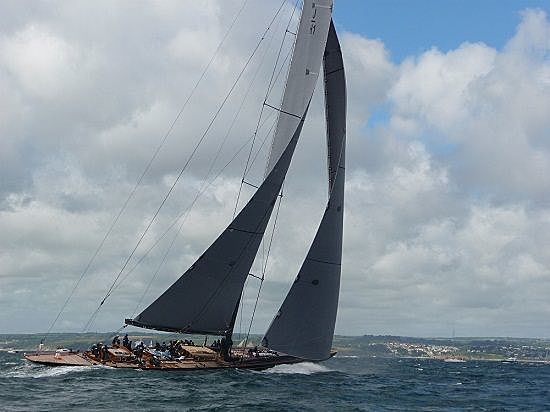 After a highly successful regatta that was enjoyed by many spectators in some trying weather conditions, the Js will now prepare to move down to the Solent for the J Class Solent Regatta, starting on 18th July. 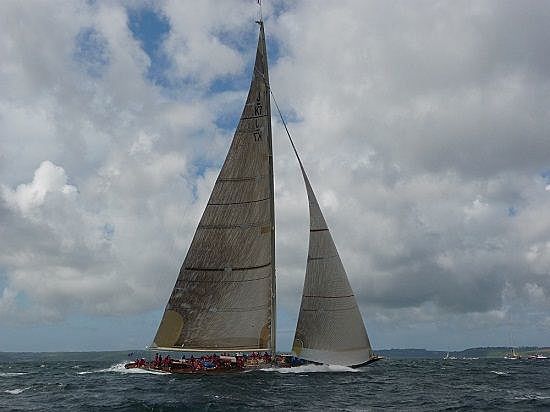