Having departed Germany just over two weeks ago, after having been outfitted by Dörries Maritime in Bremerhaven, the Kleven built explorer yacht Ulysses has finally been delivered to her owner where she is now cruising in the Western Mediterranean. SuperYacht Times travelled to Palma de Mallorca last week to see her in person, where she arrived with her 30 crew members on board just over 2 weeks ago. 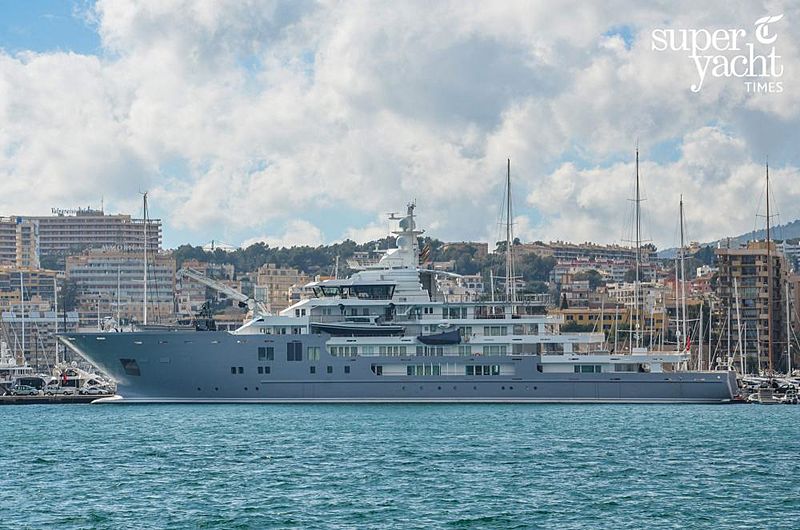 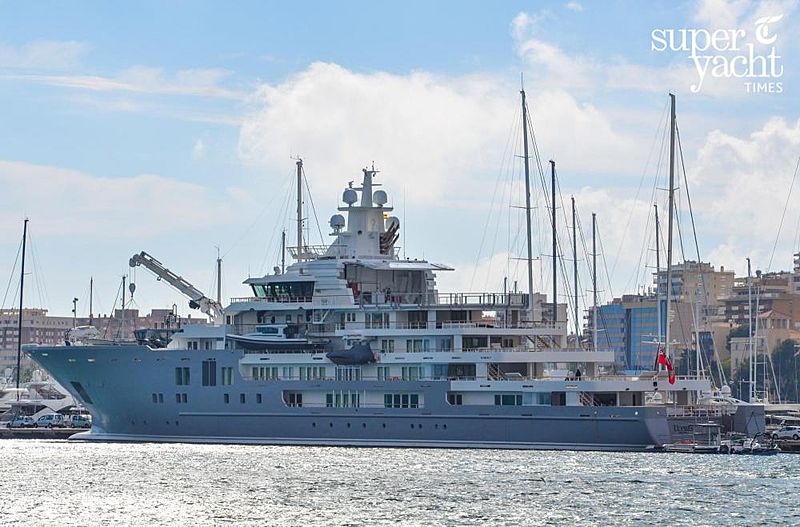 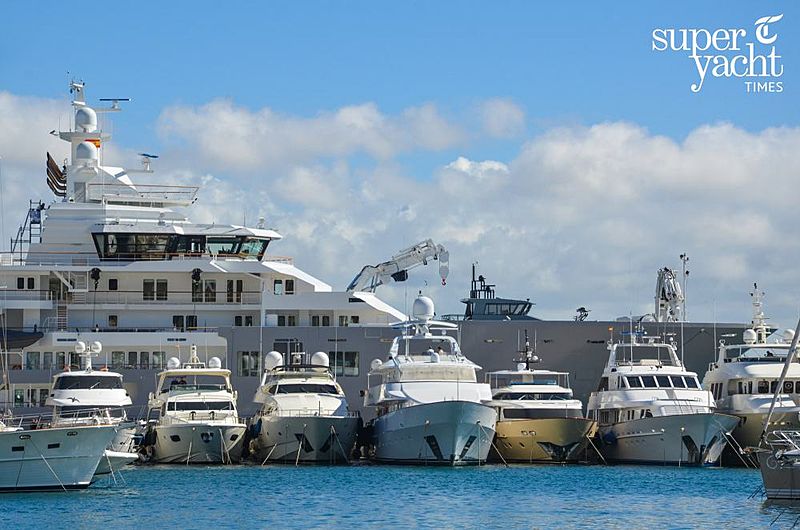 The 107 metre Ulysses is built on a proven and tested offshore platform developed by the masters at Marin Teknikk in Norway. The vessel’s commercial grade finish leaves little doubt as to her capabilities and intended world cruising usage. A functional deck layout leaves plenty of room to spare for a few superyacht friendly amenities and on-deck features. Aft facing decks are vast and a comfortable space to take in the natural surroundings from. 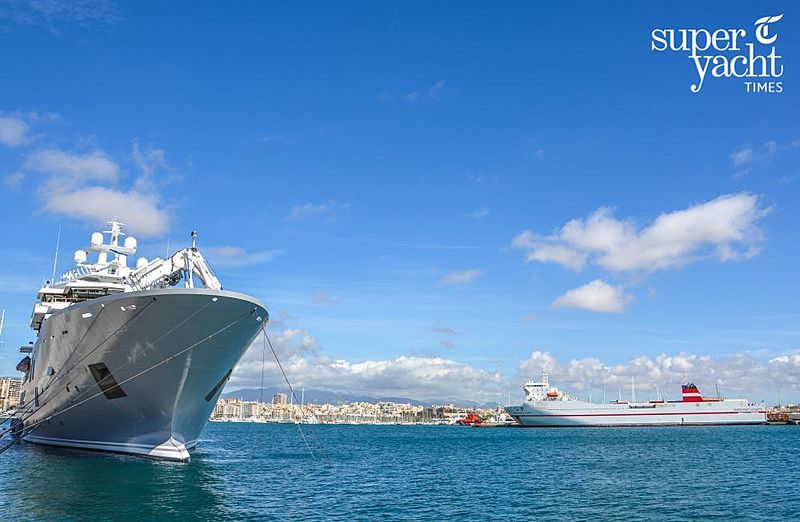 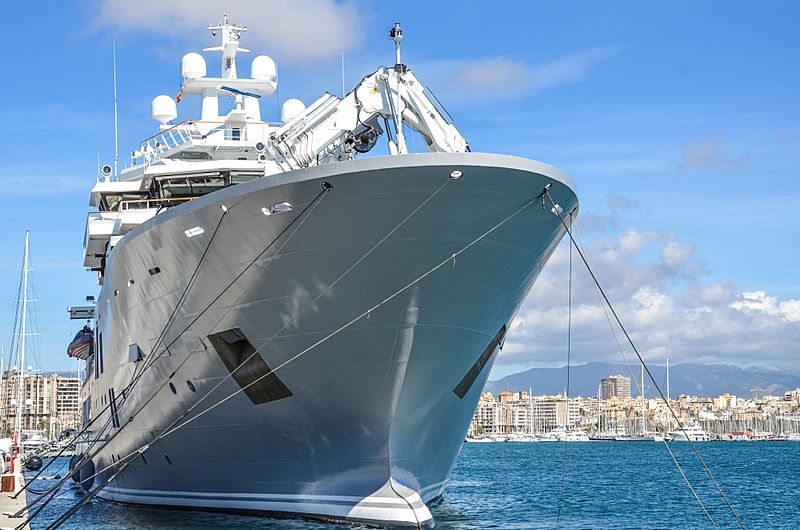 Inside, H2 Yacht Design has created a luxurious and sophisticated interior with the practicalities and functionality in mind to match the vessel’s intended use. Dörries Maritime was tasked with the outfitting of the vessel’s interior. Henning Dörries comments on a successful project completed:“The cooperation with the owner’s team was great and without any big problems. We have worked before with Jonny Horsefield and his team at H2 Yacht Design in the past, and the co-operation has always been excellent.” 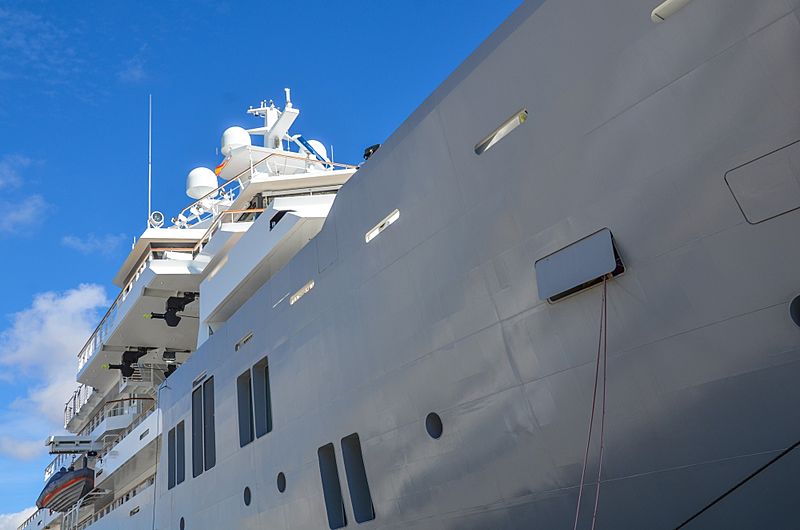 The yacht arrived in Bremerhaven in August 2015 and Dörries Maritime had to get to work right away to be able to complete all the works on schedule. But, as Henning explains, the good team work of the project members, along with their experience in large yacht refit and outfitting, saw everything come together smoothly.“The short timeline did not make it easier, but the extraordinary work of the owner’s team, who also managed the works at Kleven in Norway, made it possible.” 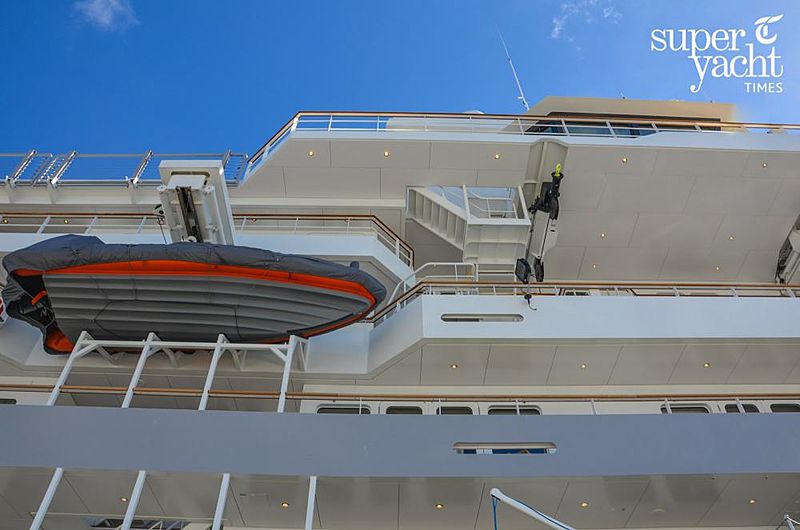 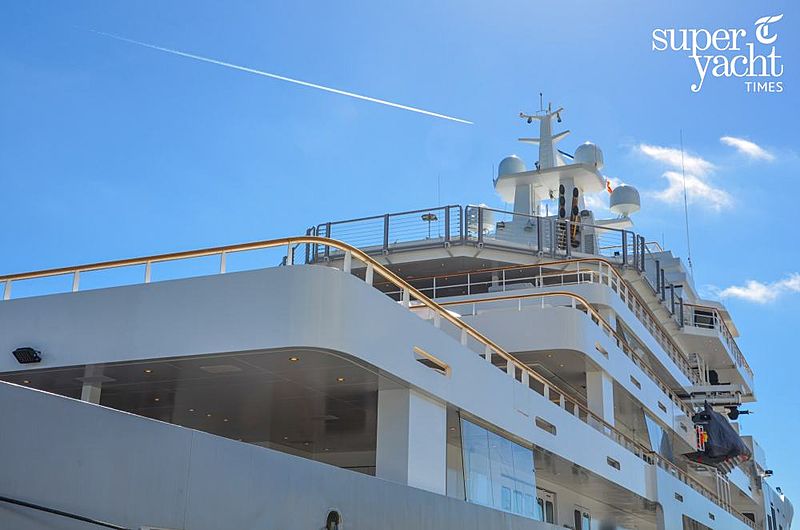 Manta Maritime worked with owner’s team throughout the build of the yacht since the start of the project in Norway, whilst providing technical consultancy expertise. According to Ken Appleby of Manta Maritime, planning ahead was a critical part to the success of the project:“With a large yacht like Ulysses there aremany more considerations that need to be made as opposed to smaller projects, and planning is key to theirsuccess.” 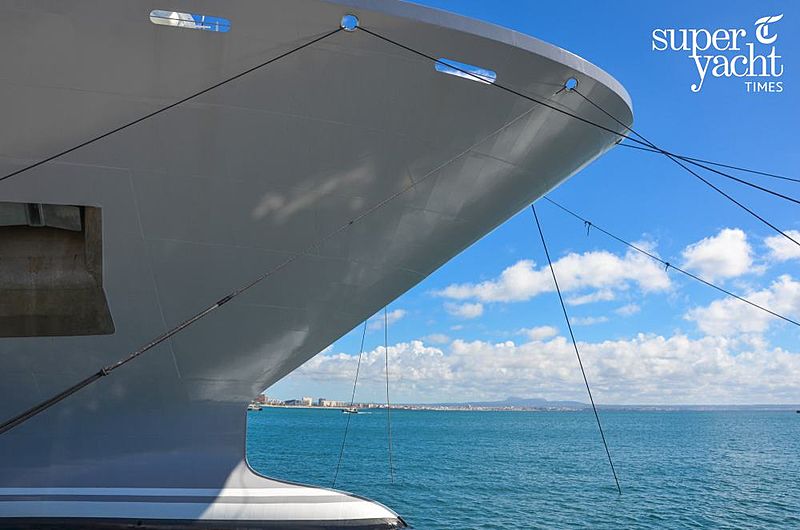 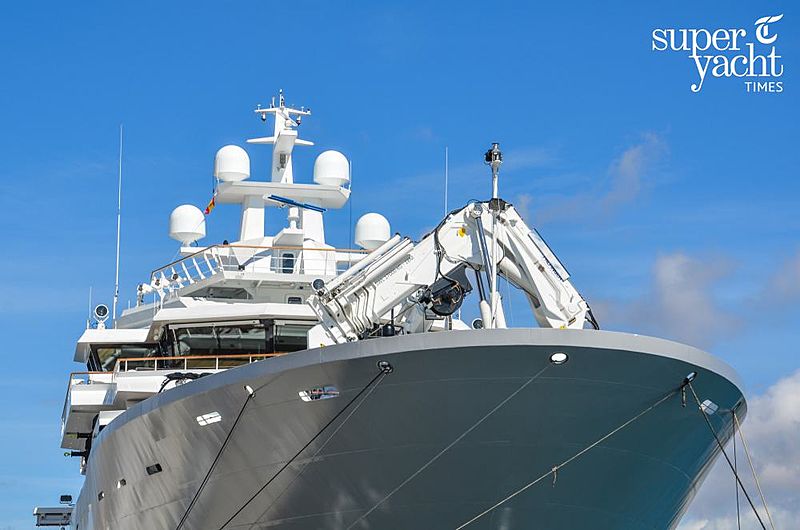 This is not the first project on such a scale for the company, with Appleby confirming their field of experience:“As well as providing safety management using our safe and simplesystemfor many other yachts, Manta has been providing technical superintendence for another 134 metre passenger yacht for a number of years, which gives us a clear advantage in dealing with these large yachts.” 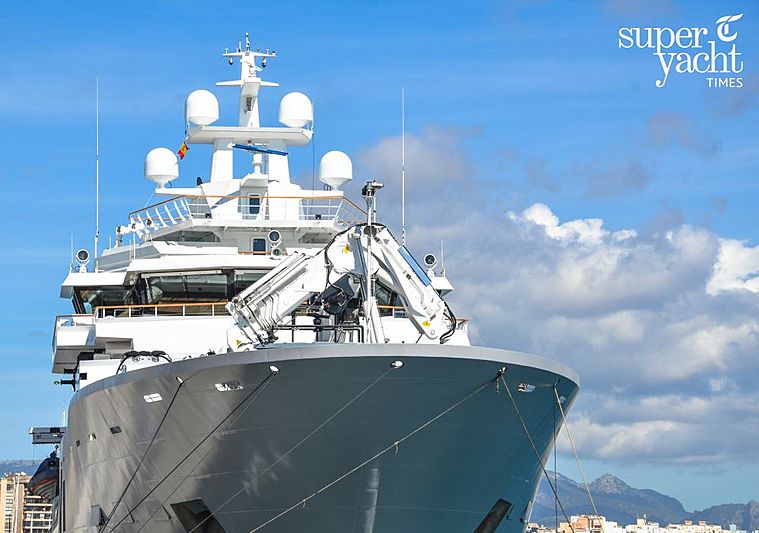 As a true explorer yacht, the Ice Classed Ulysses boasts and impressive fleet of tenders and landing craft, each designed with a purpose, but none more impressive than the 21 metre tender stowed on her foredeck. U-21 as she is namedwas custom built by Composite Projects Ltd in New Zealand to a design byTecknicraft to meet the owner's deep-sea fishing and comfortable cruising requirements. The tender is propelled by 4 water jets driven by quad engines. Inside is accommodation for 7 guests in 5 cabins. Two enormous cranes have been fitted to safely launch and retrieve the tender.Another unique feature is Ulysses’ dedicated helicopter hangar on bridge deck aft, suitable to accommodate a Bell 429 or EC145 with its own refuelling facilities included. 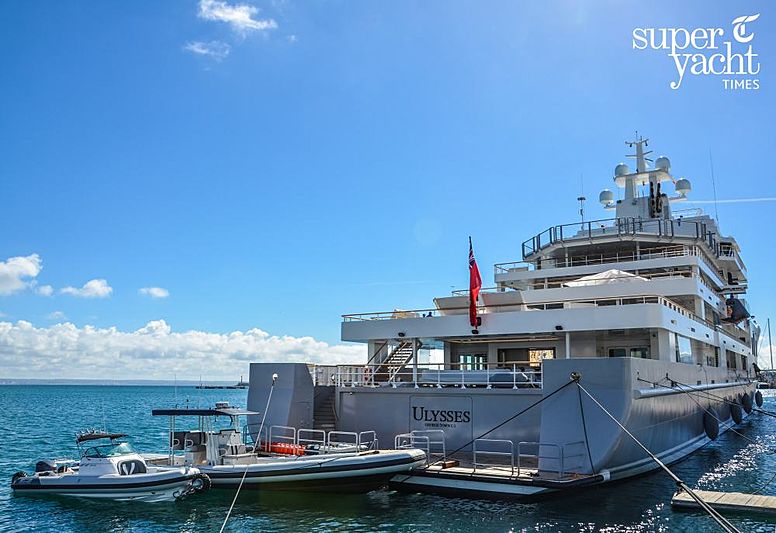 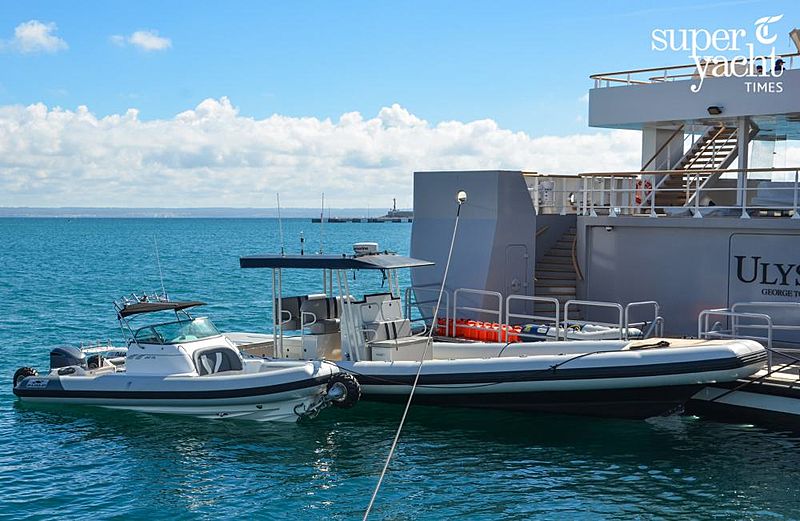 A second, larger version of Ulysses is currently under construction at Kleven shipyard in Norway with Manta Maritime again overseeing the technical aspects of the projects. As for the eventual outfitting of the new project, Dörries Maritime is looking forward to once again being involved in such an exciting process:“Of course we would like to work again with the owner and his team should they require our services for the 116 meter project, and we hope they feel the same way.” 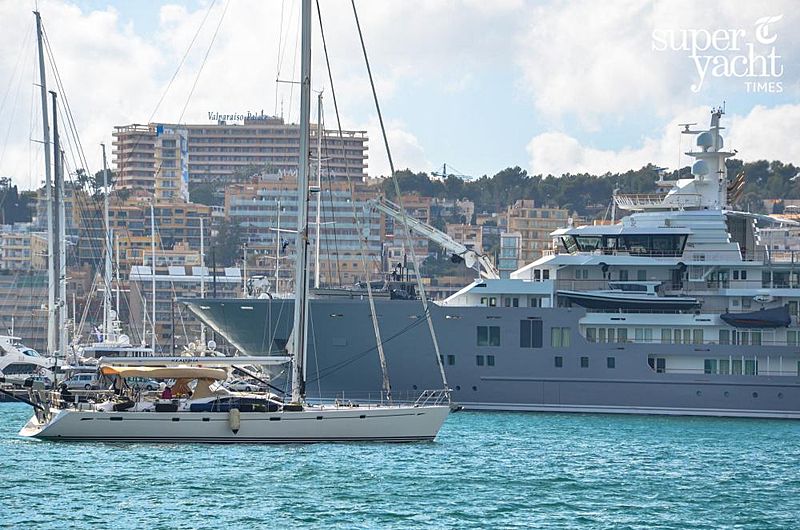 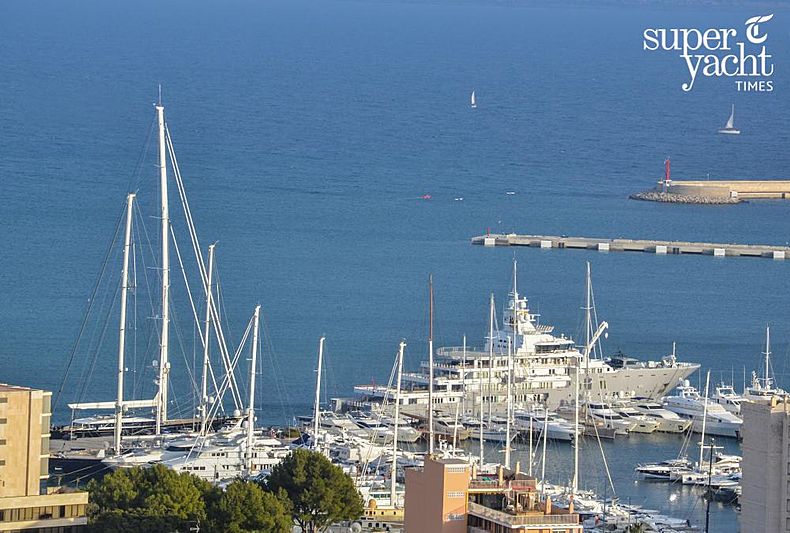 As for Ulysses’ cruising plans over the coming summer season, yacht spotters will be glad to know that she is expected to cruise throughout the Mediterranean during the next few months.

In Pictures: 107m Ulysses heads out on sea trials