The recently completed 125 metre steel and aluminium superyacht Maryah (formerly known as project Czar) has arrived in Porto Montenegro within the last few minutes after leaving Greece two days ago. We believe she entered international waters, to be handed over to her owners. 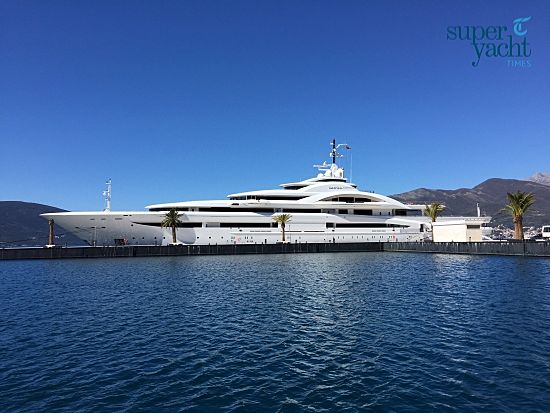 Built by the Elefsis Shipyard in Greece, the British design studio H2 Yacht Design undertook both her exterior and interior design.

Although not many details surrounding Maryah have been confirmed, it is thought that she accommodates 54 passengers in total over six decks and is constructed to full SOLAS regulations. Amongst her list of amenities on board is a helipad, movie theatre, beach club, a Jacuzzi and ample swimming platform.

Powered by five diesel-electric Caterpillar engines at 2,146hp each, she has a maximum speed of 18 knots and a cruising speed of 15.2 knots.