Text and photos by Maarten Janssen

This morning, we received several emails from our readers who saw a huge yacht being towed by a tug in the area of Amsterdam. Readers spoke of a yacht in the region of 100 metres. To us, this could only mean one thing, Feadship hull 1004 was being moved to the Feadship Koninklijke De Vries Makkum yard. A drive up to the yard confirmed our suspicion, as I arrived just in time to see the 99 metre yacht enter the large Feadship shed. 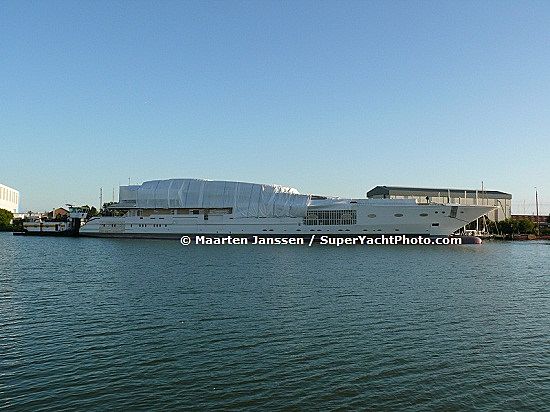 Details are still scarce, but we do know the yacht grew significantly in length, after the order was signed. When launched, she will be the largest Feadship to date, but not for long. Feadship Royal Van Lent is working on an even larger yacht. 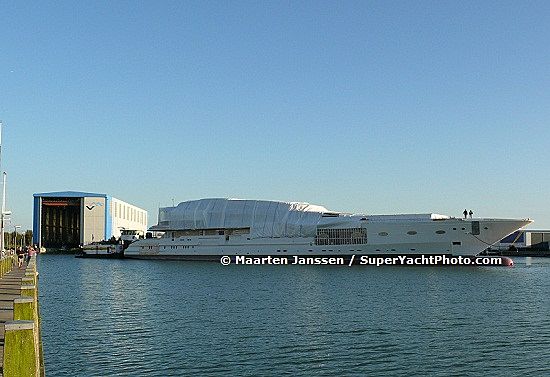 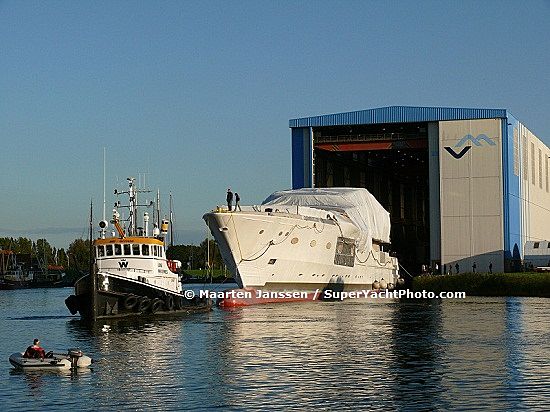 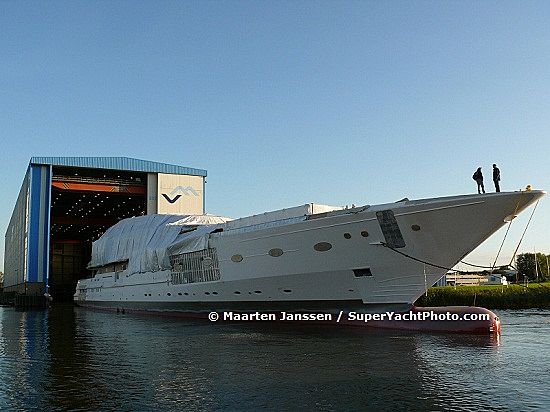