The Italian shipyard Benetti is spending the weekend preparing for the imminent launch of the 90 metre superyacht project FB 262 in Livorno, named Lionheart. Once launched, she will become the yard’s largest yacht to date, following the 86 metre Nabila (now Kingdom 5KR) that was launched in 1980. 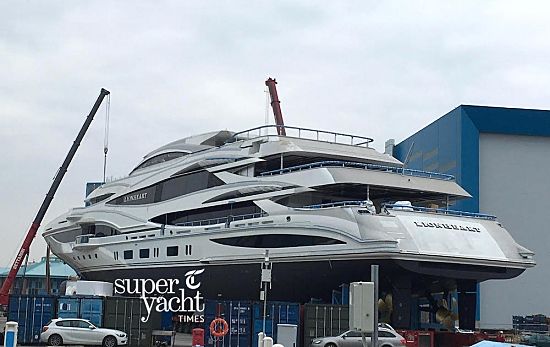 The yacht is built for a repeat client, who took delivery of a 63 metre Benetti yacht by the same name in 2006, now known as Lioness V.

Stay tuned as we bring you the latest about the project.