Damen’s brand new 69 metre SeaAxe support yacht named Intrepid, the shipyard’s largest addition to its Yacht Support range, has arrived in the Italian port of Trieste this week along with her mothership Infinity. The two Dutch built vessels were until recently still in the Netherlands – Infinity, who returned to the Oceanco shipyard where she was launched in 2014 for a short maintenance period, and Intrepid which was seen at Damen's facility in Vlissingen from where she conducted sea trials following her launch earlier this year. Hull number two of Damen’s 69 metre range is currently in build, and expected to be delivered in 2017. 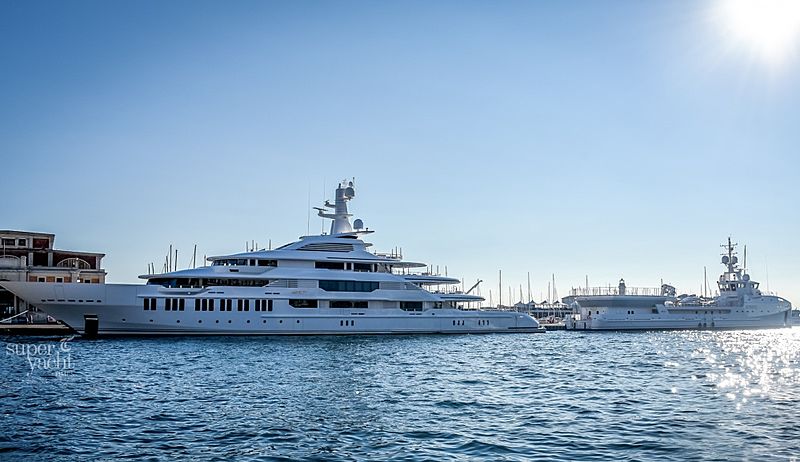 Intrepid is an evolution of Damen's 67 metre support yacht range, of which two hulls have been built;Garçon, and6711. In addition to a longer overall length, a feature that sets her apart from the two smaller sister ships is the innovative heli-deck on the very aft section of Intrepid, capable of receiving a Eurocopter AS365 or Agusta Westland AW109. The platform opens to reveal a hangar into which the helicopter disappears below deck. 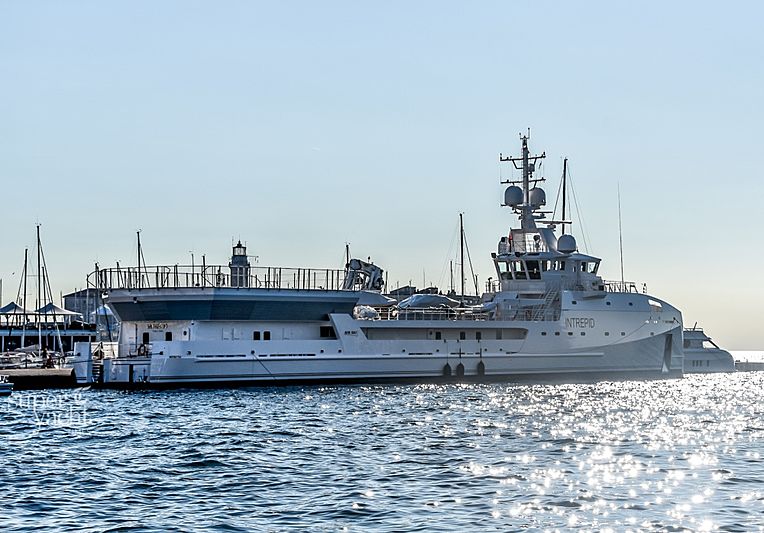 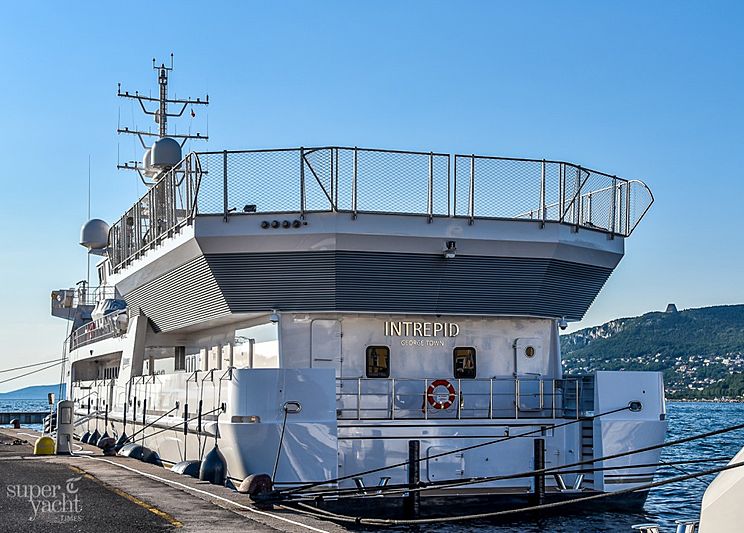 Her narrow beam of 11.50 metres along with four MTU 16V4000 M63L 1A engines allow for a top speed up to 20 knots, with an impressive range of 4,500 nm in nearly any sea state whilst maintaining 16 knots. On board she offers accommodation for up to 21 crew and staff members. 250 square metres of deck space is available outside for cargo storage and another 110 square metres of concealed space inside. 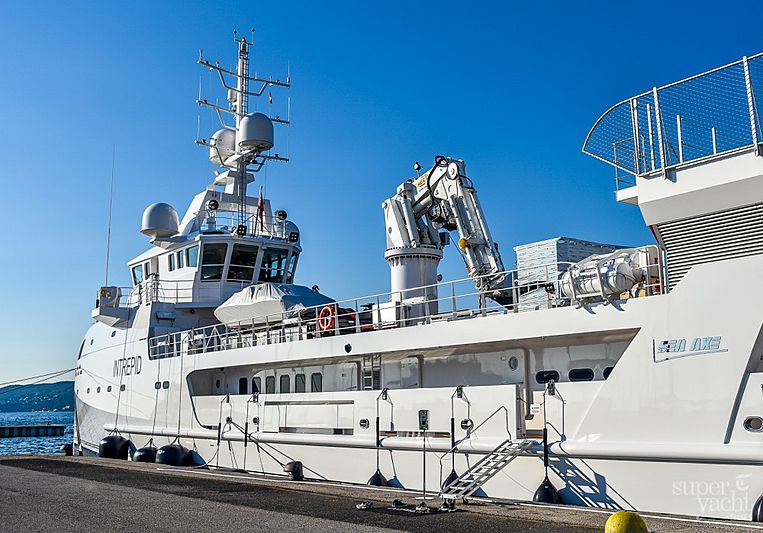 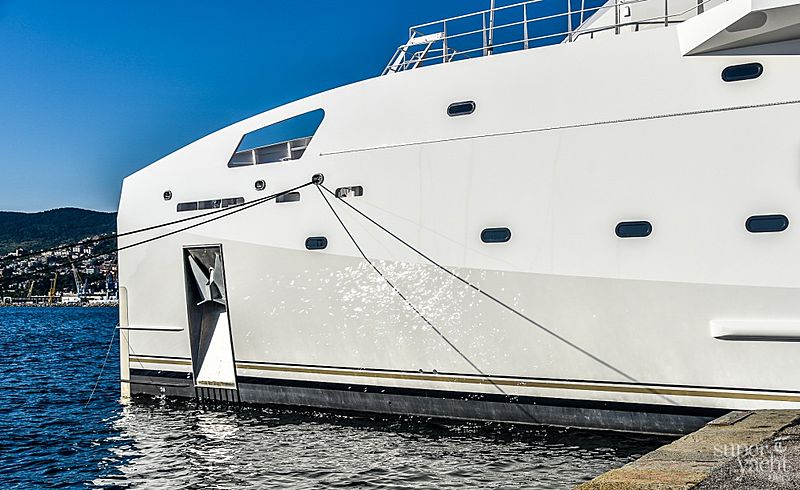 The 88.50 metre Infinity was built by Oceanco to a design by Espen Oeino with naval architecture by Azure Naval Architects in cooperation with the in-house team at Oceanco. Her interior is the work of Sinot Exclusive Yacht Design who worked together with David Kleinberg Design Associates, which accommodates her owners in a large master suite and the 10 remaining guests across 6 luxurious guest staterooms. 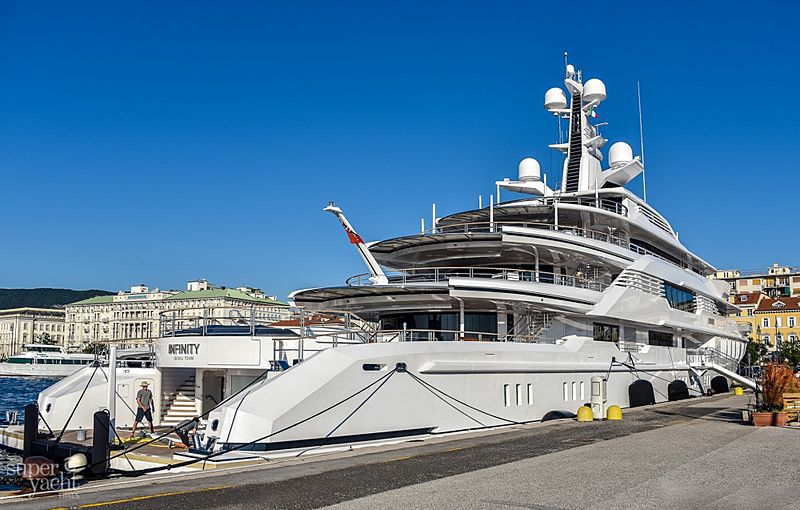 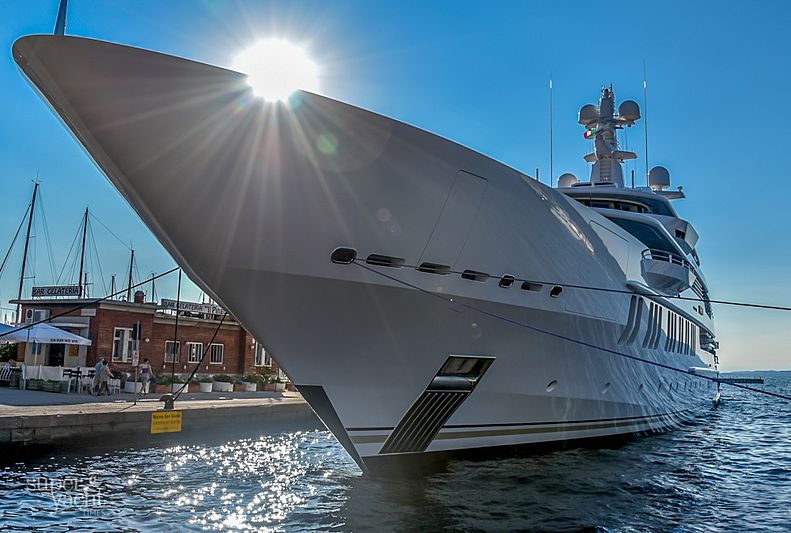