The 82m Andrew Winch designed Sarafsa, also known as Project 54, made a full appearance this morning, after staying docked in the yard’s basin for over 2 months. Launched early March, Devonport continued work outside the covered dock. Jason Phillips made these full profile photos of Sarafsa this morning. 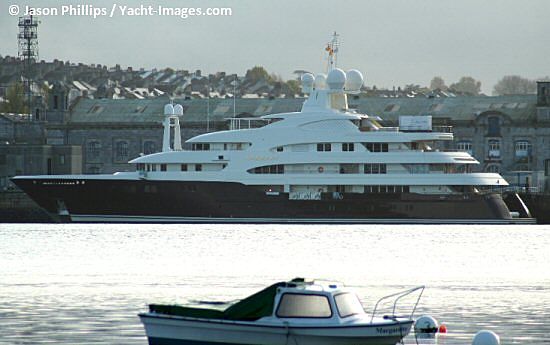 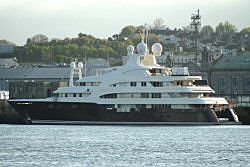 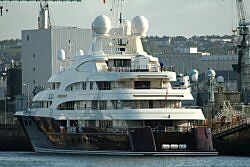 Conceived by a Middle Eastern owner, who previously owned a 54m Amels, she is the second 70m+ yacht launched by Devonport following the launch of the 77m Samar in 2006. And the future looks bright for Devonport with another 96m yacht under construction, due for 2010. 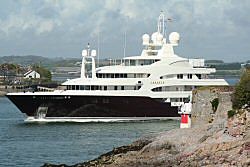 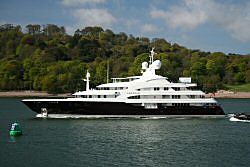