Unveiled today at Feadship’s facility in Makkum is the Dutch yacht builder’s largest completed yacht of the year - the 96-metre project Vertigo. 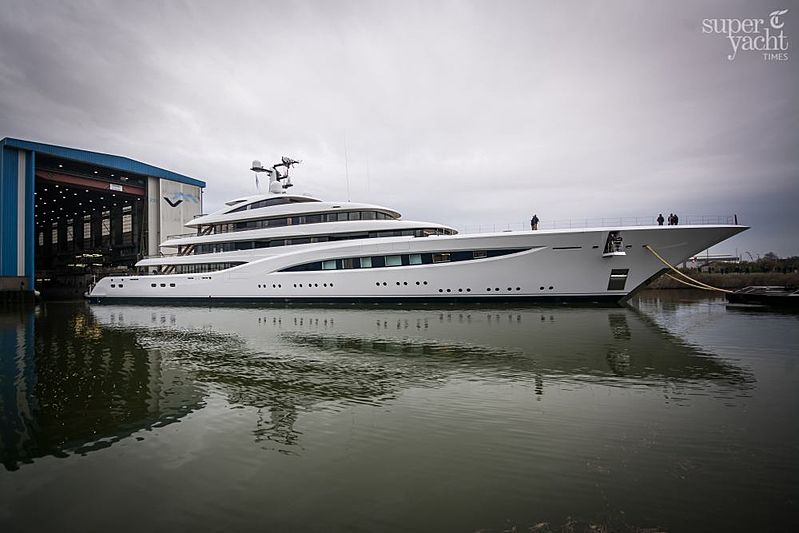 Hull 1006, as she is known, is designed by the renowned British studio Redman Whiteley Dixon who styled the yacht with characteristically grand sweeping curves. Her impressive foredeck is designed to not only accommodate the landing of a helicopter, but has the ability to store a Bell 429 in a dedicated hangar below deck.

Another impressive feature is found on main deck aft where a 9m x 4m swimming pool awaits. A unique feature about the aft deck pool is a drop down cap rail towards the transom that creates an infinity pool overlooking the swim platform and beyond. A curtain of water flows over the forward section of the pool creating a natural divide between this exterior area and the main saloon inside.

Inside, Vertigo is able to accommodate 18 guests and a crew of 34. The Paris-based interior design house Chahan Interior Design, with whom the owner has collaborated on various projects in the past, was appointed to create elegant and sophisticated interior spaces.

Azure Naval Architects served as the Owner’s representatives during the project. The two MTU 16V 4000 M63L engines that are fitted will provide a top speed of 17 knots with a range of 5,000 nautical miles on offer whilst maintaining a speed of 12 knots.