In June of 2012, Feadship announced the order of their first superyacht to an owner from the People’s Republic of China. Following a 2012 tour of the Far East by the award-winning Feadship Helix, a Chinese client requested a similar-sized vessel that would also include a helicopter deck. Feadship immediately designed and engineered this option and presented it for approval in a timely manner. 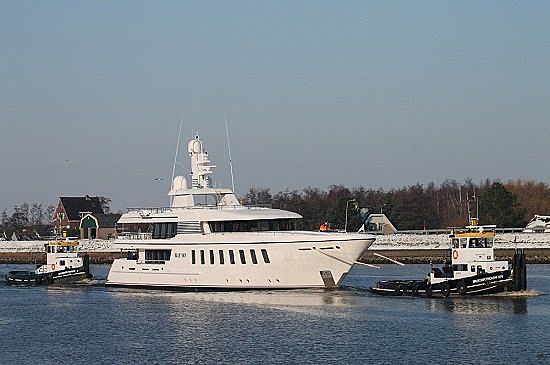 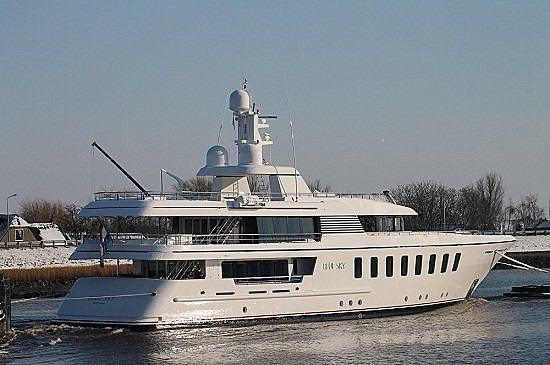 The yacht, Blue Sky, has now been launched, and was photographed yesterday by Maurits Freijsen in The Netherlands.